Gorgan is the capital of Golestan Province, located in the northeast of Iran. This ancient city of Iran has seen a lot of ups and downs throughout history. Therefore, you can find beautiful historical monuments. In addition, the breathtaking sceneries of its nature are quite inviting. In general, Gorgan tourist attractions are quite inviting and appealing to both Iranians and non-Iranians.

Like in several other parts of Iran, when Gorgan started to develop as a modern city, it has gone through some transformation. People are inclined to enter university, get different jobs, etc. The economy isn’t just based on the traditional ways of life. Instead of the fishery, animal husbandry, etc, the local residents of this city show more interest in the other professions.

This city is one of the most beautiful cities in the northeastern part of Iran. The climate is temperate, humid, and Mediterranean, and it rains less than the west of Mazandaran. The summertime of this city is relatively warm and sultry.

There are different ways of traveling to this city:

The Airport of this city is located at 7 km of Aq-Qala Road (north of Gorgan). From this airport, there are flights to Tehran, Mashhad, Isfahan, Kish, and Zahedan.

Built more than 70 years ago, the railway station of Gorgan has first and second-class trains leaving daily to Tehran. The trains leaving from Gorgan to Tehran include first-class six and four-berth couchette compartments.

Local trains leaving to Zirab City are also available daily for short trips for travelers in Golestan and Mazandaran provinces.

There are buses leaving to this city from some major provinces of Iran like Tehran, Alborz, Mazandaran, Gilan, Hamedan, East Azerbaijan, Yazd, Isfahan, Sistan and Baluchestan, North Khorasan, Razavi Khorasan, and South Khorasan.

However, as the other provinces are far away from this city, first you have to travel to Tehran and then leave by bus from the East terminal (Tehranpars) or Argentina Terminal of Tehran to Gorgan. The access route to the capital of Golestan province by bus passes through the mountainous roads of Haraz or Firoozkooh, and you will see the quite beautiful landscape on the way.

Agriculture, husbandry, and industries related to agriculture form a part of the economy of Gorgan. There is one of the oldest factories of silk in the city.

This is the city that was formerly called Jorjan by Arabs. It was a prominent city near the current Gonbad-e Kavous. Today, its ruins are remained and are located near Imamzadeh Yahya ibn Zeyd.

In the Sassanid period, architects built a large defensive wall in this area called the Great Wall of Gorgan. There are more than 300 historical mounds in the area. One of them is the Great Shah Tappeh or Islam Tappeh, located 15 kilometers northwest of Gorgan. These mounds indicate the importance of this city in different periods.

Gorgan tourist attractions are numerous and exhilarating. The historical attractions of this city include historical monuments such as Mil-e Gonbad, the Defensive Wall, and the Friday Mosque of the city. The natural ones are quite amazing as well.

On the other hand, the intact nature and the cozy villages of this city are good opportunities to rest and relax. There are waterfalls, forests, deserts, shorelines of the Caspian Sea, Golestan Biosphere Reserve, etc as far as the natural attractions are concerned.

Destination Iran invites you to plan at least an extended tour to this area when you are prepared to visit Iran. There are also some Iran tour packages that already go through this region. Make sure you pick one such tour and enjoy your time at the south of the Caspian Sea.

Gorgan tourist attractions include several amazing points, which we will introduce below here:

The Variety of Gorgan Tourist Attractions

The historical attractions of Gorgan are both inside and outside the city. The nature around this city is also so diverse and pristine that you would prefer to spend lots of time there.

Here is the list of Gorgan historical attractions located inside the city: 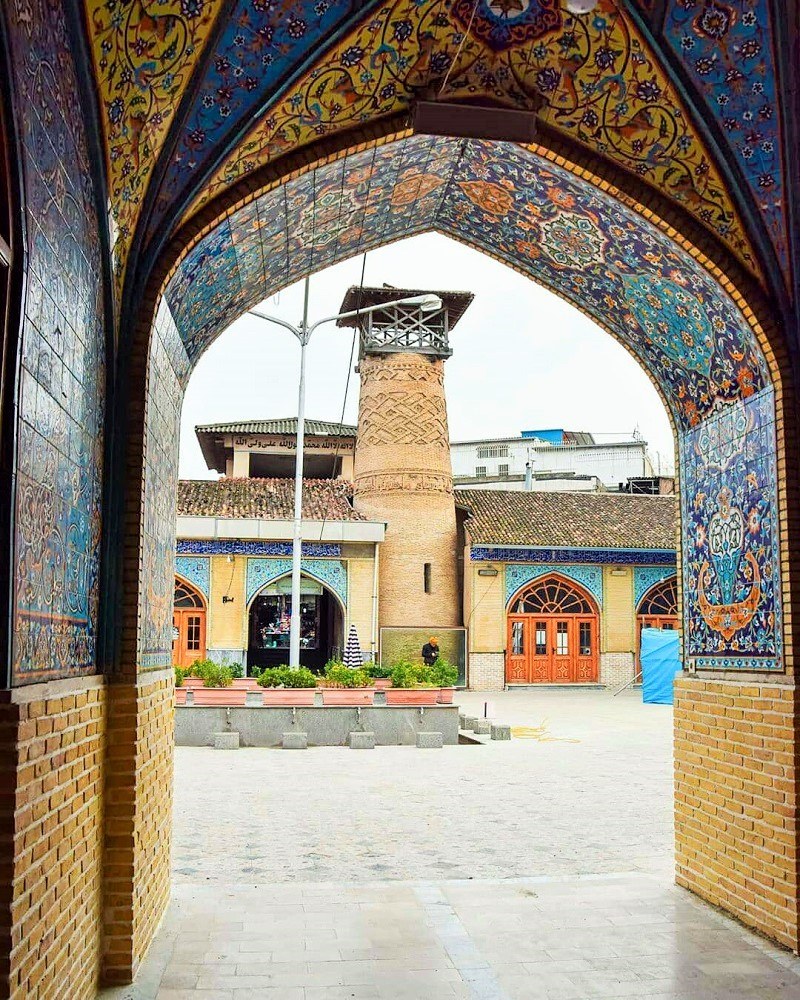 The mosque has got an area of about 1600 m2. The building of the mosque dates back to the Seljuk era and has long brick minarets. This mosque is located next to the main bazaar of Nalbandan in Gorgan. 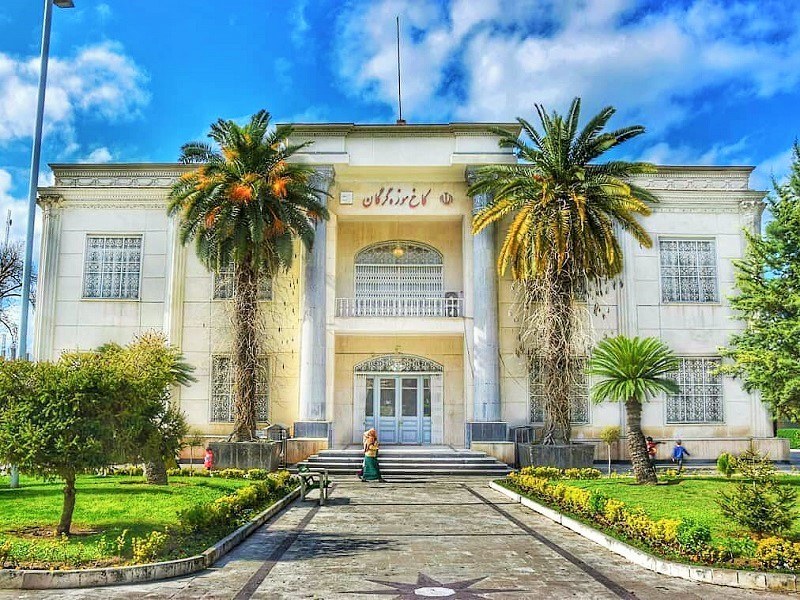 The palace is one of the 12 palaces in Iran that belonged to the Pahlavi royal family. It used to be their residence in the region. After some restorations, the palace building was changed into the Palace Museum of Gorgan. This is the first museum in northern Iran, the 4th specialized archaeological museum in Iran, and the 24th museum in the country. 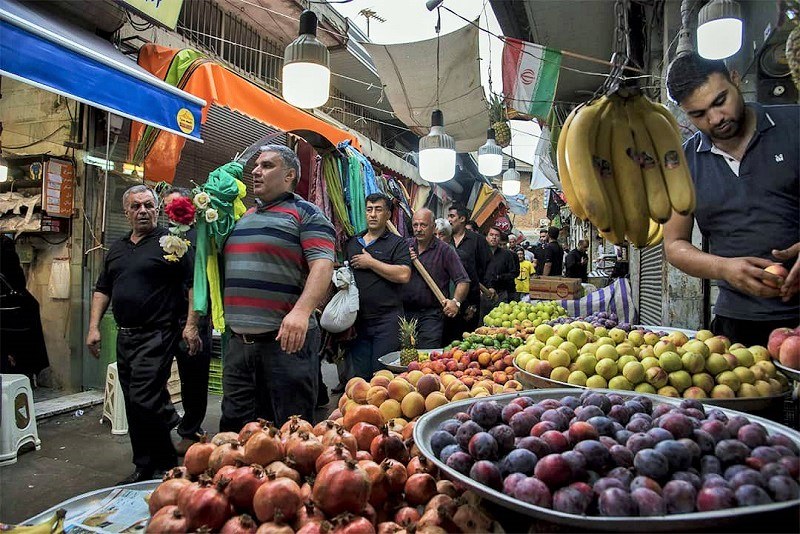 This bazaar is one of the major Gorgan tourist attractions by itself. It is a historical site located in the city center. The bazaar leads from the south to Imam Khomeini Street and from the west to Sarcheshmeh Neighborhood.

Unlike the bazaars of big cities such as Isfahan and Tabriz, Nalbandan bazaar was not a covered bazaar in the past, and the shops were built in two rows with open ceilings. Each row belonged to a guild. 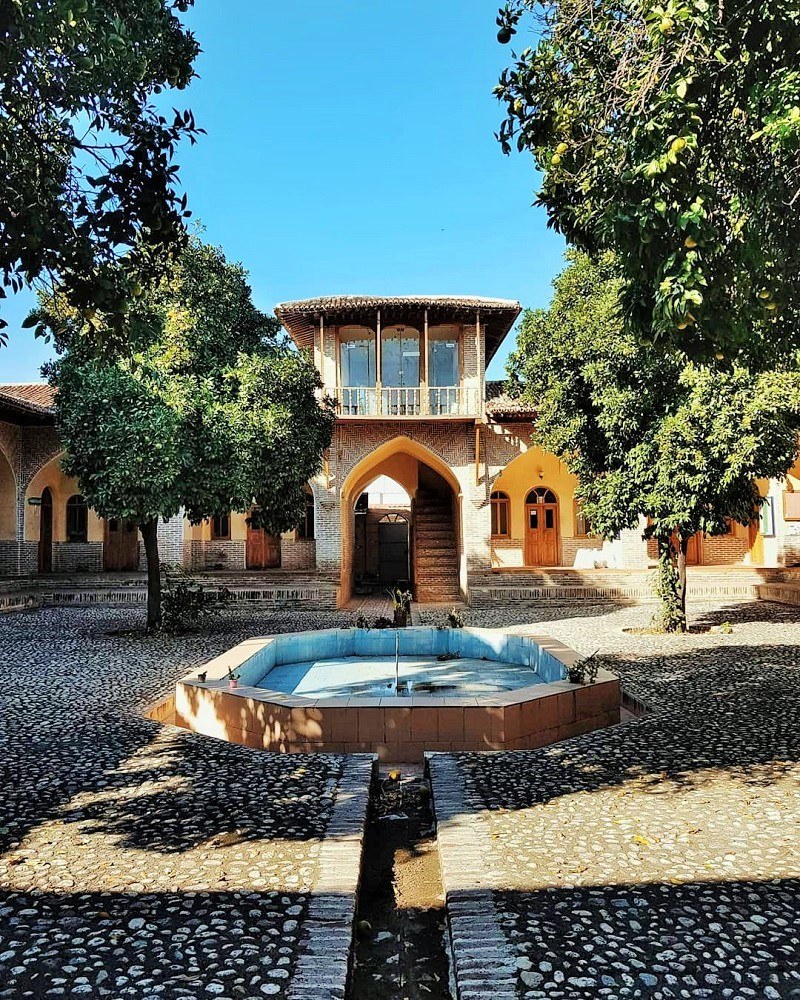 This school dates back to the Safavid era and is located in Darb-e Noe Neighborhood, in Gorgan.

The following is a list of Gorgan historical attractions outside this city: 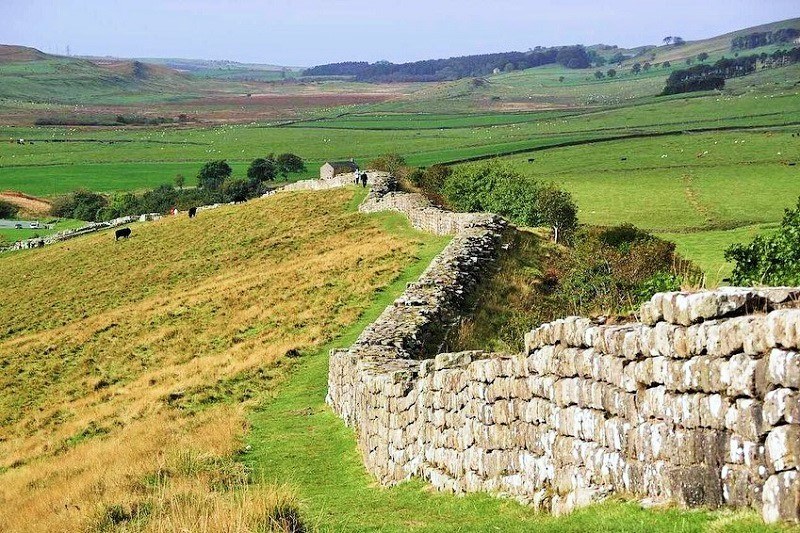 The defensive wall is the longest architectural work of Ancient Persia. It is the third-largest wall in the world after the Great Wall of China (6,000 km) and the Lemis Wall of Germany (548 km).

The 200-km Wall of Gorgan dates back to 1700 years ago when Sassanians built it. Its construction lasted 90 years. This wall extends from alongside the Caspian Sea, in Gomishan District, to Golidaq Mountains, after Kalaleh City, in the northeast of Gorgan. 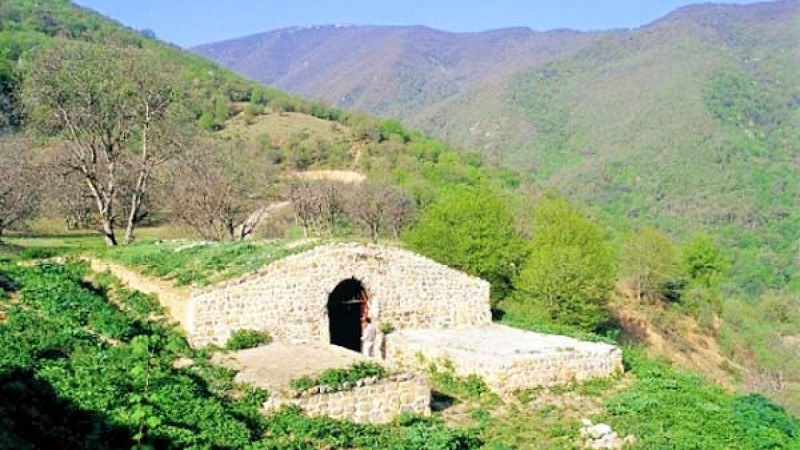 This caravansary dates back to post-Islam Iran and is located 35 km southeast of Gorgan, near Qozalq Mound. It’s one of Gorgan tourist attractions for those who are interested in historical relics.

Qal’eh Khandan Mound
This mound belongs to the Sassanid era and post-Islam period. It is located in the southern part of Edalat Street on Mazandaran Square, Gorgan.

When this mound is properly excavated, there will be probably lots of valuable archaeological findings unearthed from it. Then, it has the potential to become a major Gorgan tourist attraction too.

Sarkhon Kalateh Mound
This mound belongs to the prehistoric period of Ancient Persia. It is located in Sarkhon Kalateh City, in Baharan district, Gorgan City.

Natural Attractions around the City 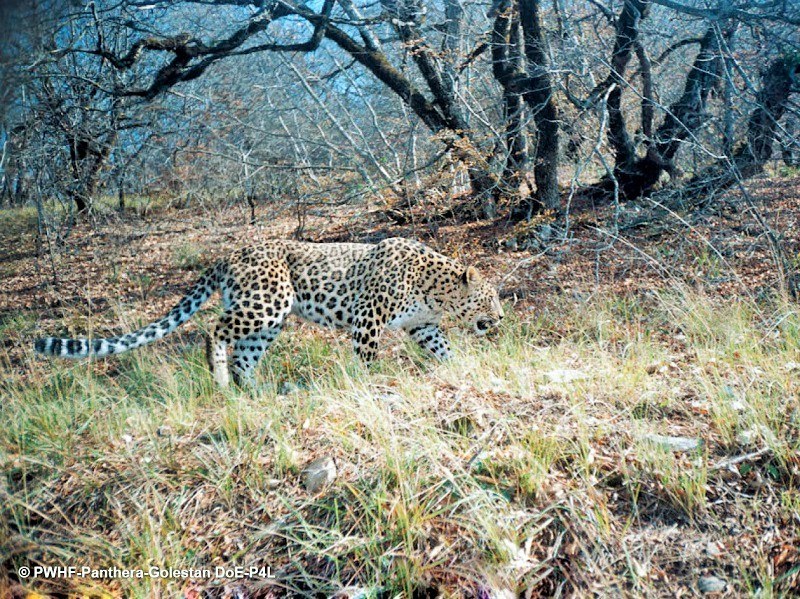 This National Park is one of the most popular tourist attractions in Golestan Province. It has got different climates and diverse biological forest and steppe areas, and natural landscapes. Golestan National Park is the first park in Iran that had obtained the name of National Park.

This national part is one of the outstanding Gorgan tourist attractions that bring several visitors to this region every year.

Hezar Pich Mound
It is an altitude located around Gorgan displaying a beautiful prospect of the city to visitors. 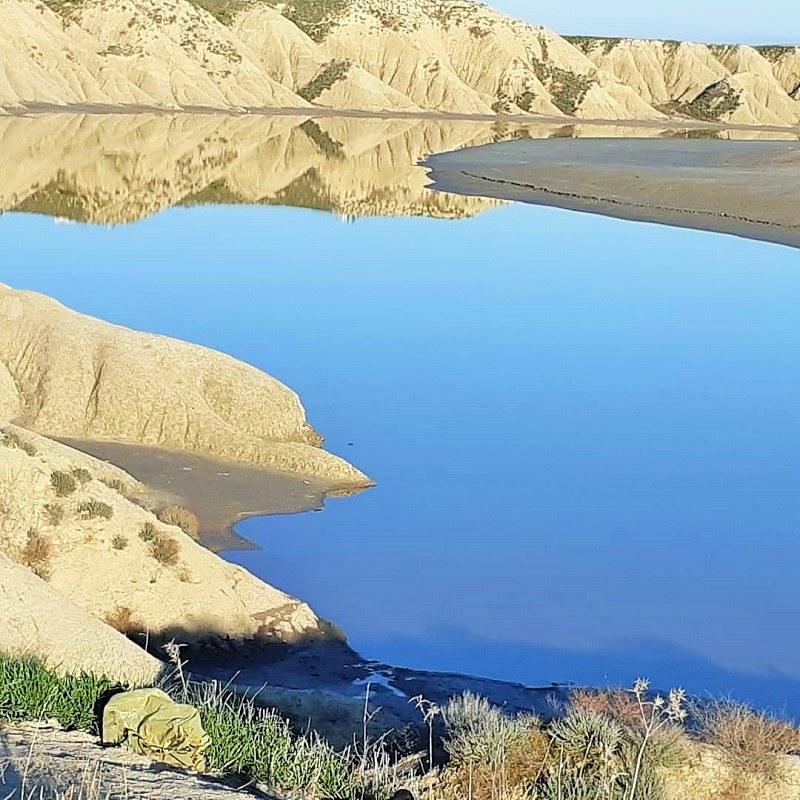 A mud volcano is a natural phenomenon where the muds of the underground reach the surface of the earth like a spring and take the form of a mound. Qarnyiaq Mud Volcano is located in Saqar Tappeh Village, in Aq Qala, Golestan Province.

For those who love to explore nature in this part of Iran, it’s one of the major Gorgan tourist attractions. 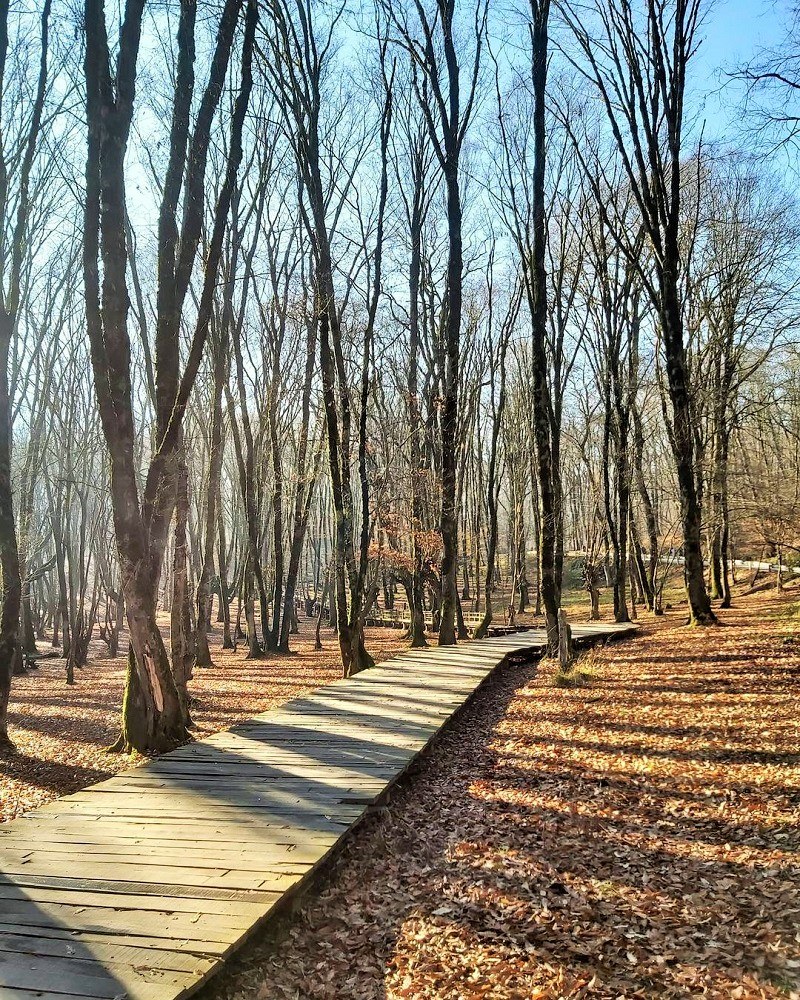 The site dates back to post-Islam Iran. It is located in the northern part of the Alangdareh Forest Park in the central part of Gorgan County.

This forst is very close to the city and it can be considered a major destination in the list of Gorgan tourist attractions. 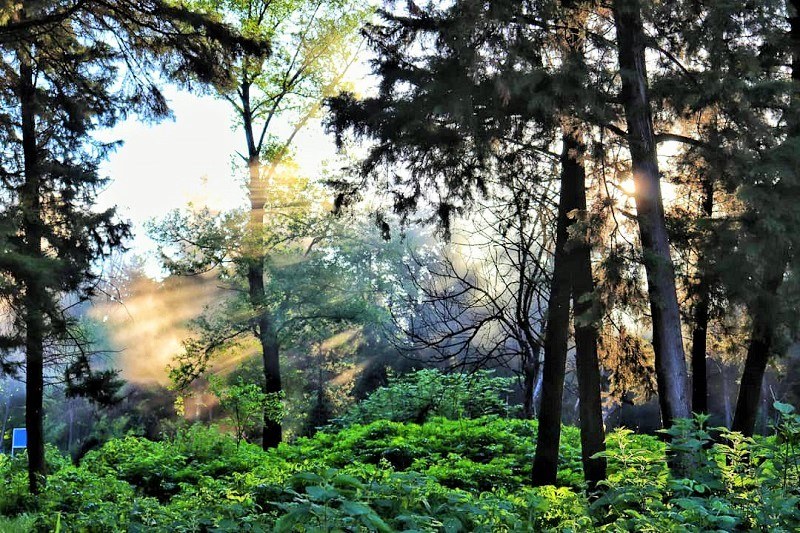 This forest park has a decent climate, relatively cool summer. In addition, Palang Pa River is flowing in this park. Kordkuy Forest Park is located 4 km south of Kordkuy City and covers an area of 54 hectares.

Ziarat Village of Gorgan
This village is a good choice for having a neat and cozy trip. It also gives you a different experience of the excursion. Imamzadeh (Shrine) of Ziarat Village, eye-catching nature, kind local people, rare landscapes, rural houses, and camping opportunities in this amazing area make Ziarat Village a favorable destination for tourists.

The distance between Ziarat Village and Gorgan City is 7 kilometers. It is in fact at the end of a boulevard beginning in the city and continuing toward the forests. Along the road, Golestan tourist attractions appear in the form of natural beauty and more.

As a matter of fact, it is at the side of the same boulevard beginning in the city. Therefore, you can easily get to one of the major Gorgan tourist attractions right outside the city. 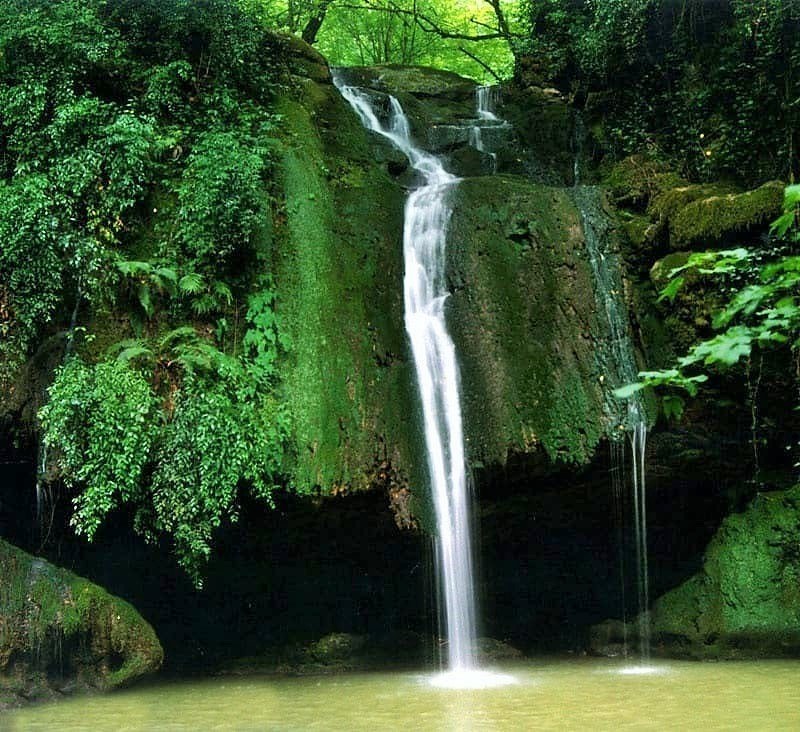 With a semi-circular bed, Rango Waterfall consists of a major downfall area and a few sub-downfalls. The waterfall has a height of about 7 meters. This waterfall is located 6 km southwest of Gorgan.

Loweh Waterfalls
At 14 km west of Golestan National Park and south of Loweh Village, in Galikesh City, Minoodasht County, there are the waterfalls called Loweh.