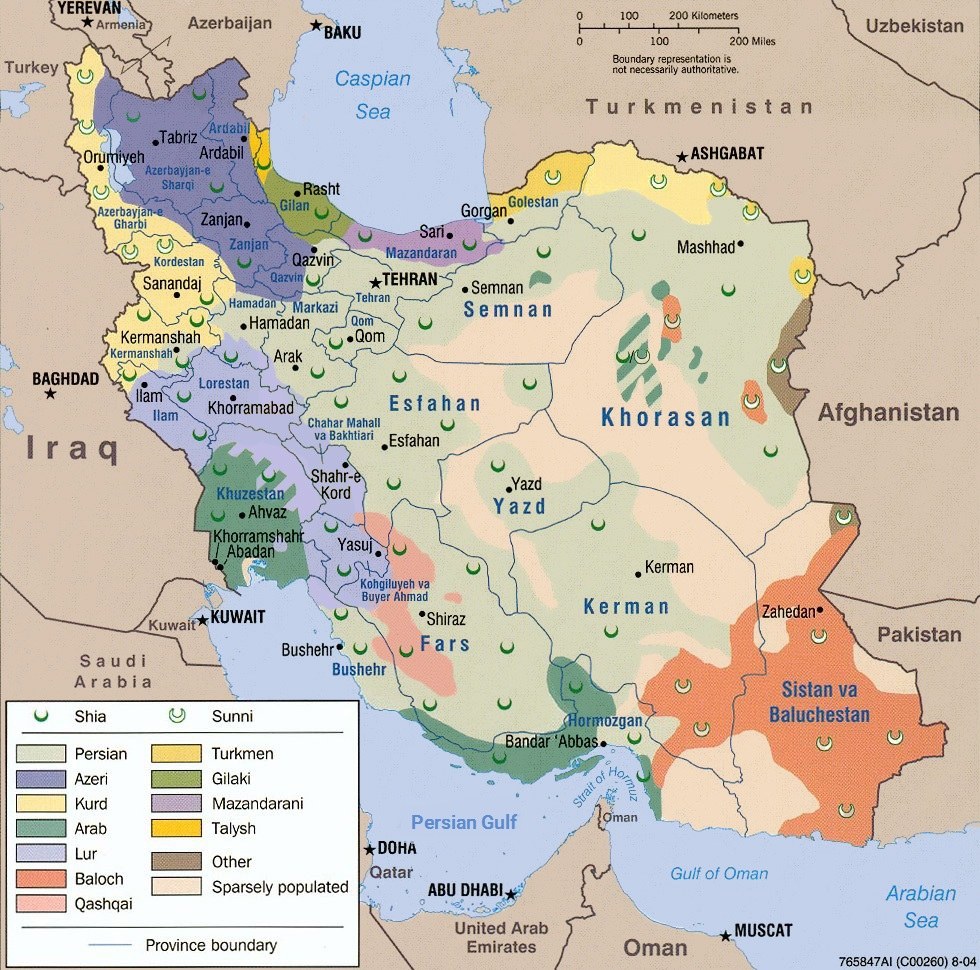 Reza Khan was the founder of this dynasty. The history of Pahlavis begins with him. He was an officer in the Cossack Brigade. With the help of the British government, he became the minister of defense and later the prime minister. Eventually, he took absolute control of the government. Even the Majlis could not stop him. He indicated remarkable proficiency and discipline in the realm of the Cossack Brigade, the only military force of Iran.

Then, with the invisible support of General Ironside, the commander-in-chief of British Home Forces, he reached the ultimate power. He suppressed the uprisings of Khorasan, Azarbaijan, Gilan, and Khuzestan. Then, the Majlis deposed Ahmad Shah and announced the end of the rule of the Qajar dynasty.

With the title of the commander-in-chief, Reza Khan was appointed the temporary ruler of Iran. Within a few months, through a coronation ceremony, he was declared the king of Iran. This is how the history of Pahlavis started.

His main goal was to establish an authoritative centralized government. To reach this, he had decided to shift the ruling system from monarchy to republic. The clergies opposed the idea of a republic system because they considered it an imitation of then anti-religious movements of Turkey.

His government’s ambitious plans were focused on what he called modernization of Iran. Unlike previous ruling eras, Reza Shah imposed limitations on the power of clergymen. This caused some hidden struggle between him and clergies, which later did not remain hidden either.

Reza Shah’s major activities were making military service compulsory and establishing a permanent army (both were opposed by clergies). Othe major accomplishments of his government were:

Reza Shah’s modernization plans included the adoption of European culture and civilization. He went too far in this by forcing women not to wear chador (overall clothing covering all the body).

On the other hand, he realized the necessity of the enhancement of national identity and pride. Therefore, he took some steps toward this objective too. He ordered a memorial structure to be constructed for Ferdosy and a millennium commemoration to be held for him. He made Shahnameh (Ferdosy’s epic book) a supportive source of national identity and the Farsi language a supported means toward this goal.

Some ceremonies were held for the commemoration of the past luminaries like Avicenna, Hafez, Sa’dy and so on. In general, nationalistic orientations were made the cornerstone of Iranian culture. Of course, in the eyes of the illiterate biased people, Reza Shah’s cultural efforts were just wasting money and commemorating Sunni scholars. His opponents interpreted his commemorating Ferdosy’s endeavors to revive the Persian language and Iranian identity as an effort to return to the fire worshiping period (as if such a thing ever existed in Iran)!

Some of his activities were strongly opposed by clergies like his military plans. Of course, sometimes his plans limited the power and role of the clergies in society. For example, clergies regarded the reforms within the judiciary structure of Iran as an intrusion into the domain of Sharia, religious law.

On the other hand, as some financial arrangements damaged the interests of some classes of people and influential characters, Reza Shah had to resort to the language of force or implementing power. This reduced his popularity and turned him into a dictator figure. Also, his despot spirit did not allow him to let reformist thoughts grow or real intellectuals emerge among the people.

Apparently, Iran had the Majlis, press, judiciary system and members of government, but there was no sign of a constitutional ruling system. The dominant system in Iran was an individualistic dictatorship.

Shifting to another Supportive Power in the History of Pahlavis

Having granted some privileges to a British oil company, Reza Shah damaged his popularity more than ever. Anti-British sentiments had led some Iranians toward the Soviet Union’s policies. So, Reza Shah was looking for a non-colonialist European country as his ally.

He chose Germany because of its industrial accomplishments, but it was not satisfactory to Iran’s neighbors. Russia and Britain had united against Germany. They considered Iran’s relations with Germany a threat to themselves.

Although Iran had again proclaimed its neutrality in the Second World War, like during the First World War, Britain insisted that German engineers and technicians were spies with missions to sabotage British oil facilities within the Iranian soil. So, Britain demanded Iran to expel them, but Reza Shah found it against his development plans and refused to give a positive answer to their demands.

The USSR and Britain became got united against him and invaded Iran without any warning. In addition to their suspicion of the role of German technicians in Iran, They were interested in transporting their supplies from the Persian Gulf to the Soviet Caucasus region through the recently made Iranian railroad. Therefore, Reza Shah had no choice except for resigning and leaving the country.

As his father left Iran, 22-year-old Mohammad Reza, was allowed by USSR and Britain to succeed to the throne after he promised to reign as a constitutional king.

Political parties and press found a chance to resume their activities. Mohammad Reza was only a ruler in his palace and busy with formal ceremonies. USSR was planning to annex Iranian Azarbaijan to its Azarbaijan. Having taken Iran’s complaint to the United Nations and diplomatic negotiations with Moscow, Iran succeeded in persuading Soviet forces to withdraw their troops from Iran.

Churchill, Roosevelt, and Stalin came to Tehran in 1943, the capital of Iran, to discuss the scope and the timing of military operations against Germany. This is what is referred to as the “Tehran Conference” held in the embassy of the USSR. Among the different decisions they made, it was agreed that they would guarantee the independence and territorial integrity of Iran. Besides, they promised to assist Iran in the postwar era. This conference was held in Tehran without informing the Iranian king, Mohammad Reza Shah!

Shah had also inherited the commandership of the military forces from his father. He imposed censorship on the press and began to arrest his opponents. More supervision was imposed on the legislative elections so that only the court-approved politicians could enter the Majlis.

Despite all his efforts, finally, the representatives of the opposition were elected. They voiced their opposition to Shah from within the Majlis. Dr.Mohammad Mosadeq was chosen as prime minister. He started to liberalize the political atmosphere of Iran. The political campaign among parties and journalistic activities were revived. Shah had to suffice to his constitutional monarchial rights instead of reigning with absolute power. Dr.Mohammad Mosadeq’s advocating the nationalization of oil industry resulted in success. The head and staff of the British oil company left Iran.

Coup Attempts against the Iranian Government

According to a new agreement, an oil consortium of British, Dutch, French and US oil companies was formed. Those companies were granted the concession of the profits of the oil industry operations in Iran. The agreement increased Iran’s share of the oil profits, but the main issue of production levels and sale price remained under foreign control. As the new arrangements were helped with the Americans’ intervention, Shah considered the US interests in any and all his policies.

The history of Pahlavis indicates a lot of Western intervention in the Iranian ruling system. Even to reach their goals, some western countries announced the lack of democracy in Iran, not because they cared for Iranians, but to put pressure on the Iranian regime and achieve their goals.

As the political conditions required Shah to pretend Iran is a democratic country, he worked out a two-party system. As a matter of fact, this artificial arrangement was led by two of his close allies. Then, Shah tried some land reforms under the name of the “White Revolution”, which was another failure. His authoritarian rule failed to win Iranians’ support or satisfaction.

A Serious Opposition to Shah

Shah’s government drafted a bill granting diplomatic impunity to US military personnel working in Iran. A lot of nationalists denounced the bill and showed their oppositions anyway they could. Also, a series of bold oppositions started to be expressed against Shah and his policies from the clergies of Qom.

Therefore, the name of a leading Shiite scholar was known to all, Ayatollah Ruhollah Khomeini. Fed up by Shah’s censorship and authoritarian rule, many began to support and approve his words. Finally, he was arrested and exiled to Turkey and then Iraq in 1962. In the end, he went to France and stayed there until the Iranian revolution picked up. Shah’s movement made people more dissatisfied.

Corruption among the courtiers had caused lots of dissatisfaction. Shah’s American plans and policies did not improve people’s lives. Instead, they just kept Iran more and more away from its national and religious traditions. There was too much mere imitation of western culture during the history of Pahlavis. Shah and his family were busy collecting more personal wealth.

The top managers of the banks and some commercial and economic organizations were also dissatisfied with his policies. As there were not well-planned policies for the employment of educated people, the increasing number of universities could just add to the Iranian society’s problems. Thus, Iran witnessed lots of brain drain. As a result, the growth of the unemployment ratio was inevitable.

The Collapse of Pahlavi Dynasty & 1979 Revolution

Ultimately, the oppositions in the last years of the 1970s brought people to the streets to publicly show their oppositions in demonstrations. Shah had to leave the country. The history of Pahlavis was reaching its end. No western country replied to Iranians’ hunger for democracy and improvements. Ayatollah Khomeini was leading the opposition from outside the country. In 1979, he returned to Iran and established a new ruling system with the help of masses of people.

Pahlavis, in fact, pretended to rule within a constitutional framework but exerted their power as absolutely authoritarian despots. Their opposition to clergies was quite evident. Despite all mentioned, Iranians did a lot in the realm of culture and arts. Many were actively working in reviving historical monuments, research in history, literature and lexicon, music, miniature, theater and so forth.

It was the end of the history of Pahlavis. Monarchy came to an end in Iran and the Islamic Republic replaced it. Clergies gained more power than ever. Several attempts of Pahlavis were reversed and the country started moving forward toward a different direction. The main slogan of the revolution was: Independence, Freedom, Islamic Republic! 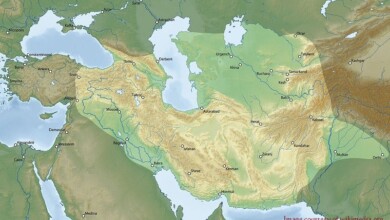