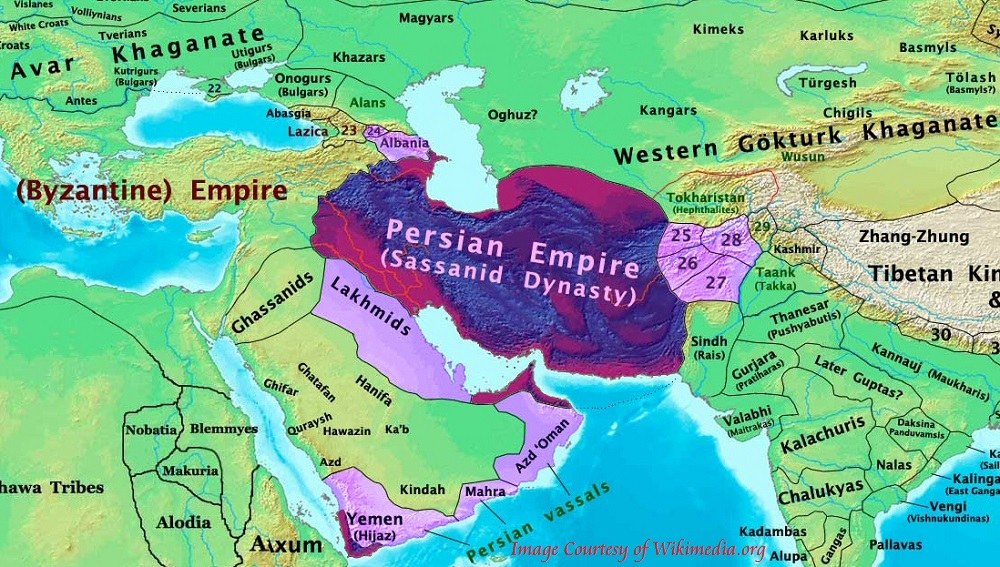 The emergence of a new power in ancient Iran was a reaction to the previous decentralized governing system, established by Parthians. The history of Sassanians begins with Ardeshir Papakan, the governor of Parse, central Iran, believed that it would be absolutely necessary to unify the nation by centralizing it.

The Beginning of the History of Sassanians

Unlike Achaemenians who implemented the policy of tolerance to materialize their vision of a centralized Iran, Ardeshir came up with the idea of a state religion (Zoroastrianism) and combining it and politics in one person, the king. The result was the foundation of a religious tyrannical empire that did not match the global condition of that era. This dynasty was called Sassanians after the name of Ardeshir’s ancestor, Sassan, who was the priest of Estakhr, a famous city in central Iran near Persepolis.

Ardeshir had to fight against several governors after he had defeated the last Parthian king, Ardavan V, Artabanus. This kept him involved in a long war period. He could not seize all Parthian’s territories but managed to transform Parthians’ ruling system to a new one known as Sassanians.

The history of Sassanians witnessed several successive wars between Iran and Rome. In addition, Iran had to defend itself against another threat by Ephthalites (White Huns) from the Eastern borders. Toward the end of Sassanians’ era, Arab tribes of Western Iran and the territories at the South of the Persian Gulf turned to be a major threat to the Sassanian Empire too.

At times, there were treaties concluded between Iran and Rome that established a sort of cease-fire condition between the two nations for some time. Such periods often came to an end by one side breaching the treaty. Therefore, war broke out again.

The Iranian and Roman Empires were the two big universal powers of the time. Such wars broke out seemingly for religious reasons as a result of Armenia’s conversion to Christianity, the Religion of Roman Empire. As a matter of fact, the usual lack of policy of tolerance on one hand and Romans’ supporting Armenians, on the other hand, were the real reasons for such wars. Armenia had also shown more inclination toward Romans than Iranians although it had been part of Ancient Iran for a long time.

Sassanians also fought against Armenians directly and brought them under various pressures too. Sometimes, they applied sever measures on Armenians like heavy taxes, confiscation of churches’ properties and closing them down. In some other occasions, when Sassanian kings tolerated Christianity, Armenians went too far and threatened fire temples. After Armenians had come to a disagreement with the Roman Church, they did not show any affection to them and receive no support from them. As a consequence, Rome did not attack Iran under the excuse of supporting them anymore.

The Ephthalites had reinforced their attacks during Sassanians. In several cases, various Iranian kings had to fight against them, but Bahram-e-Gur succeeded to give them a heavy blow. During the history of Sassanians, they had gone so much to the west that even the Byzantine Empire had to resist against them.

Arab tribes were also the scenes of unrest and objections to the central government. Shapur II overexerted his suppressing machine against them. He killed them, dried out their wells and springs and arrested many from among them. Then, he humiliated them by enslavement and made a hole in the prisoners’ shoulders to give others a lesson. Because of this, he was well-known as a brutal king.

Sassanians had divided the Iranian society into different classes: clergies, militants, administrators as well as farmers and craftsmen. Nobles were from among the first three classes. They possessed high positions in various corners of Iran, and in many cases, inherited their positions. Although this was a reminder of the Parthian administration system, the existing unity and centralization of power could somewhat make it tolerable. Some key positions were in kings’ power to assign like those of grand vizier and army commander-in-chief.

Iranian society was based on three major pillars:

Sometimes, the first element was more powerful than the other two. In other cases, the other two had the first element under their individual or collective influence. Whenever the first was overpowered by the others, the ruling king could not execute his power the way he wanted. This was the case for a long time and the cause for a great amount of dissatisfaction among the people.

After Khosrow Anushiravan had ascended the Sassanian throne, Iranian society went through a series of social reforms. He had regulated new laws concerning taxation, administrative hierarchy, and military services. He had managed to eliminate some chaotic conditions in ownership, inheritance, and marriage. As a result, a new middle-class people took shape who were considered “land nobles” (Dehqan in Farsi). Their social superiority ended gradually in the decline of great feudals. As a result, the central government gained more power and could prevent the influence of great noble families threatening the power of the monarchy.

The workforce and expertise of Roman prisoners of war were used in building cities, roads and bridges. This was something that had never existed in pre-Sassanian labor policies. Approximately 800 years before Sassanians, Achaemenians had Persepolis, the most splendid complex of palaces in the ancient world, on the basis of the payment-for-work system. Of course, the influence of Roman culture and administration system should not be overlooked.

Sassanians had worked out an administration system called “Divan”, which was being used by Arab Invaders after the collapse of Sassanian Empire for several centuries. Iranians had managed to block the advance of Ephthalites into Iran and toward the west to a great extent. Several prominent cities like Bishapur and Neyshapur were founded. Gondishapur University was founded at the south of Iran near Shustar, in which Greek and Indian medicines were practiced.

Philosophy and wisdom among other fields of study were paid attention to. Non-Iranian scholars came to Iran for education and residence. Some took refuge to Iran. Translations were done to bring more knowledge inside Iran. Iranians made great progress in delicate crafts, music, and architecture. Some of Iranians’ handicrafts like glass wares were even exported to very far countries like Japan.

Despite the fact that the nobles’ world was crushed by the Arabs’ invasion to the land of Iran, Iranian identity survived in its language, traditions, and history. Iranians kept on resisting against the new occupiers and preserved what belonged to them while Iran was in turmoil for two centuries. Iranian identity did not belong merely to the Sassanians. It belonged to all Iranians and they tried persistently to keep it despite all oppressions they had to suffer.

The Emergence of Mani & Mazdak

The history of Sassanians witnessed several social developments. One example is the famous Iranian prophet, Mani, who started introducing his new religion in approximately 243. He was an expert in calligraphy and painting. He wrote a book called “Arzhang” to persuade people to come to believe in his religion.

Mazdak was also the Iranian reformist whose followers indicated their outrage toward the despot rulers of their time striving for more social justice. In 529, Mazdak and his followers were killed too. The impact these two people put on the Iranian society of the Sassanian era could not be easily ignored.

The Collapse of Sassanians

Yazdegerd III faced another set of renewed attacks by Arab tribes. Of course, the motive of Arabs was different from the previous times. This time, they had decided to have their new religion, Islam, spread all across the globe. Arabs had learned about Islam 25 years before this attack.

The prophet of Islam, Mohammad, had invited Khosrow Parviz, Sassanian king to his new religion. He had rejected it in pride and anger. Iranians had underestimated Arabs and their strong intention. Besides, their invitation had turned into a threat. This threat had targeted both mighty powers of the time, Iranians as well as Romans.

Iranian army negotiated with Arabs for some months, but they could not agree on peace. Finally, war broke out between Arabs and Iranians. Arabs succeeded in invading Iran after some victories in a few battlefields. The Iranian commander-in-chief of the army was killed at Qadesieh, in 637. Yazdegerd III fled but was killed near Marv by a millman. Arabs started their plundering quest right away. They had not faced very strong obstacles in their way of penetrating into the Iranian soil. In the following attacks, they could exert their final blow to the weakened body of the Sassanian Empire in 642.

The Reasons for the Fall of Sassanians

The fall of 400-year-old Sassanian Empire by a new theocratic power was very surprising and beyond expectations. The fall of the empire had been prepared for a century before it ultimately occurred. There are various reasons for the history of Sassanians coming to an end and experts have different views. Here are the most important ones:

Ranger and Leopard Wins Gran Paradiso Award of Italy in 2018