Bastam is a small town located near Shahrud. It is the burial place of Bayazid Bastami, a great Iranian mystic. Like shahrud, this city is also full of apricot gardens and huge plane trees with the attractive landscapes of the falling leaves in the autumn. Shahrokhiyeh School, Bastam Friday Mosque, Kashaneh Tower, etc. are some of Bastam historical attractions.

This city is located 6 km northeast of Shahrud and in Bastam District. It reaches Shahvar Mountain Range and Mojen City on the west, Meyami County and Dasht-e Kavir on the east, and Golestan Province on the north and northwest. The city is 1,420 meters above sea level. The average annual temperature of the city is 18.1ᵒC and the average rainfall is 185 mm in different seasons.

Bastam is a piedmont region located near the desert. This has made it one of the most beautiful cities in the area. In addition, good condition has caused the city to host several mystics and scholars throughout history.

Bastam is just 7 kilometers away from Shahrud. There are various routes to access the city. Shahrud is accessible by train, car, and interurban buses. If you do not have a personal car, you can travel to Bastam from Shahrud by taxi at Imam Khomeini Square.

The distance between Tehran and Bastam is 412 km. It takes 4 hours 30 to 5 hours by car to reach Bastam.

Population and Economy of Bastam

Bastam has pleasant weather in the summer and cold in the winter. Apricot gardens surround the city forming the main source of income for local people. On one hand, due to the proximity to the mountains and the clouds, Bastam has cold and long winters. On the other hand, as it is near a desert with a piedmont climate, it has undoubtedly one of the most pleasant areas in Semnan Province. Therefore, agriculture is a significant part of its economy.

According to excavations, archeologists have estimated the city to be more than 8,000 years old. The famous Sang-e Chakhmaq Mound in the northern part of the city shows how old the history of the city is.

In Bastam, there are cemeteries of the first millennium where the large and small tombstones are on the graves. There is some evidence of life in this region from the Achaemenid period as well.

Some historians consider Bastam one of the remained settlements of Khosrow Parviz, the famous Sassanid king and the ruler of Khorasan, Qumis, Tabarestan, and Gorgan in the 6th century.

It was one of the major cultural centers of Iran from the 10th and 11th centuries to the 20th century. The journey of scholars to this city, the foundation of Shahrokhiyeh School, and the teaching of great men such as Mosanfak Bastami, the grandson of Fakhruddin Razi, in this school proves the importance of Bastam in terms of culture.

After the Mongol invasion, the city lost gradually its importance.

The city has valuable monuments that form a history in the heart of world history and show a rich Islamic culture. Here are the historical monuments of Bastam:

The main sources of water supply in the city are Qanats some of which date back to 500 years ago. It is interesting to note that the water of these Qanats is very cool and pleasant throughout the summer and warm on the cold winter days.

Here is a list of Bastam historical attractions inside the city:

Bayazid Bastami was born in 749 and died in 875. He was buried in his monastery. 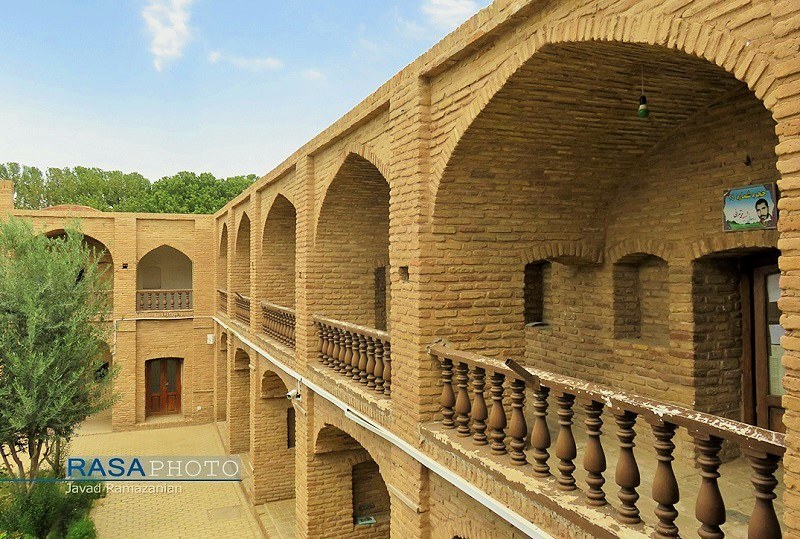 It dates back to the Timurid era. According to architects of Bastam, this school was open until about 55 years ago and was the center of ancient knowledge. It is also open currently and operate as Baqir al-Olum School of theology. Shahrokhiyeh School is composed of two floors with 28 chambers, mosque, eyvan, and zurkhaneh.

Friday Mosque of Bastam
The Shabestan section of this mosque, where the Congregation Prayer is held currently, is likely to date back to the Qajar period. However, there is a unique altar in the courtyard belonging to the Ilkhanid period. Iranian National Heritage Organization has inscribed the 14th century Friday Mosque of Bastam in the national heritage list.

According to the local people, this tower was a Zoroastrian fire temple before the advent of Islam. Some Orientalists, including André Godard, believe that this monument is a heritage from Qazan Khan, the seventh ruler of the Mongol Empire. He also believes that its original name used to be Qazaneh, and has later changed progressively and now is known as Kashaneh.

Imamzadeh Mohammad Mosque of Bastam
This building is located between Imamzadeh Mohammad and the Seljuk Mosque in the historical Bayazid Bastami Complex. It appears that it was initially a small courtyard but covered in the Qajar period. According to the inscription present in this mosque, the architects repaired the monument in 1826, it means during the reign of Fat’h Ali Shah Qajar.

In this museum, there are Quran manuscripts, candlesticks, and old photographs of the historical complex of Bastam.

The following are Bastam historical attractions found outside the city: 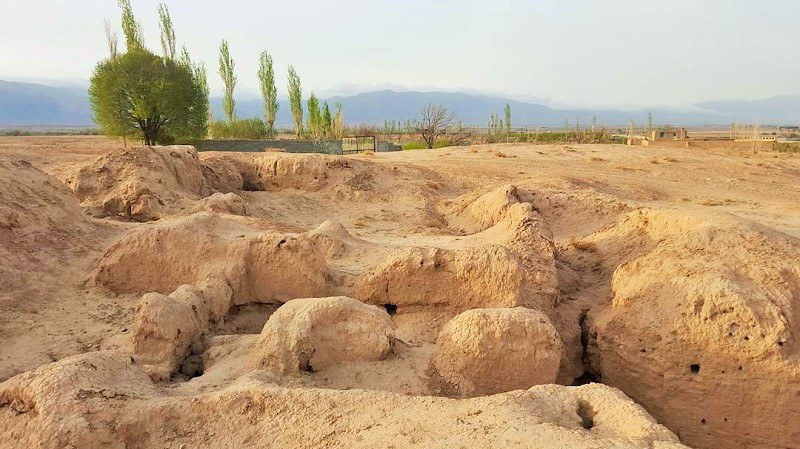 This mound is an area that Professor Masuda discovered in 1970. Archeologists found the objects and instruments related to the Neolithic period there.

The mounds are located on the northern margin of Bastam and 6 km from Shahrud. The western mounds date back to 8,500 to 9,000 years ago and the eastern ones relate to 7000 to 8000 years ago.

The oldness of the mounds represents the existence of a village in the pre-pottery Neolithic period in Sang-e CHakhmaq area of Shahrud.

There are beautiful natural spots to enjoy an amazing landscape to view near Bastam. The following explains that. 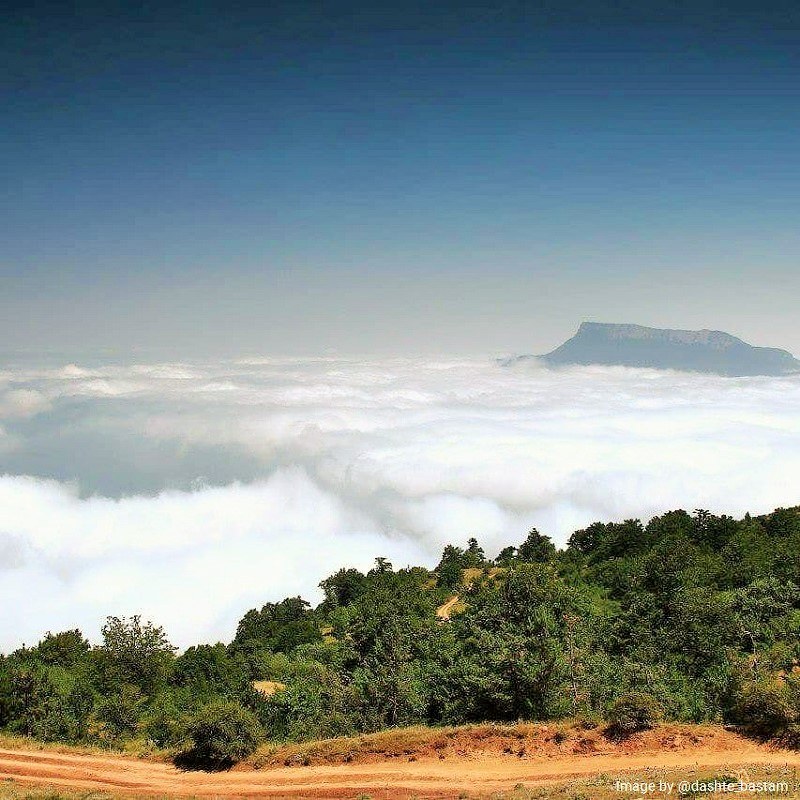 This plain is located in the eastern area of Shahvar Peak of Alborz Mountain Range. It is separated from the desert margin by Topal, Bedasht, Siah Kuh, and Alborz mountains. Therefore, there are many springs, Qanats and deep wells created an area covered by a green garden with a pleasant climate to enjoy.