As a responsible tourist, to what extent do you try to avoid animal abuse in tourism? When traveling or buying a tour package, how careful are you that there are not so-called recreations hurting animals? In fact, we should be aware of 10 types of animal abuse cases that are common in tourism and avoid them.

Sometimes travel agencies try to further diversify the package of tours they introduce by combining travel to a tourist destination with some recreational experiences such as approaching wildlife. Unfortunately, these inhumane pastimes, which threaten the comfort, health, and even the lives of various animals, are very common. According to these travel agencies, the goal is “customer satisfaction”!

As this persecution has been continuing systematically and over the centuries of selfish human life, its ugliness has been shed and it seems very normal to us. It is time to raise our awareness of these issues in accordance with the Charter of Responsible Tourism and to show our opposition to this uncivilized behavior in practice.

Today, about 550,000 wild animals are harmed by humans in wildlife tourism. Such harassment, which is designed and carried out under the guise of fun and entertainment, seems to many to be a normal activity. Let’s get acquainted with the inhuman aspects and variety of these so-called entertainments.

Here are some common examples of animal abuse:

In different countries of the world, various animals are trained for riding. Sometimes donkeys, horses, and camels are trained, and sometimes large wild animals such as elephants. However, in the process of taming these animals, they are physically beaten and tortured mentally to obey their taming command. How can we be responsible travelers and enjoy the obedience of these animals with indifference while we know what has happened to them before?

You may think it’s fun, but it is another type of animal abuse arranged by some travel agencies as recreation. Recently, some of us, selfish creatures, have become interested in separating and embracing tiger cubs from their mothers in order to take selfies with them. This so-called tourist attraction has spread to parts of Asia, Australia, Mexico, and Argentina.

Three: Walking with Lions and Tigers

If the children of lions and tigers are too big to hug while taking a selfie, we put a collar around their necks and walk with them to take pictures and videos of ourselves. As responsible travelers, have you ever wondered how they are forced to do such things? In fact, they are harassed brutally by being confined to tight and dark cages and left with too little food to eat. So, they obey their taming masters to be able to eat.

Bears are solitary, intelligent, and very active animals that move around in their habitat 18 hours a day. Now imagine how restless they become when they are placed in small concrete and sterilized cages. They keep walking regularly and beg for some food. Selfish people sometimes go even further and try to make a clown out of bears by dressing them up in such parks. The stress caused by these conditions causes a bacterial infection in them, which will lead to a kind of osteoarthritis.

The last remaining turtle farm is in the Cayman Islands in the western Caribbean, which is still a popular tourist attraction. The charm of these farms is the possibility of people holding turtles. Sometimes turtles fall out of their hands and suffer major injuries. It is said that it is possible to eat these animals on this farm as well.

Consider the amount of stress and pain caused by injury and other emotional distress of these animals. Do you think any responsible traveler would be satisfied with such entertainment, which is nothing but another type of animal abuse?

Many of these marine animals lose their lives when transported to the training and show venue. Those who survive will in fact live in unusual and unnatural conditions. The high amount of chlorine in the pool water that dolphins hold can irritate their eyes and cause skin problems. These animals are also harassed under the pretext of taming. Their commanding masters force them to do seemingly funny things in these unnatural settings.

This is another type of animal abuse that responsible travelers should be aware of. In Thailand, macaque monkeys are forced to perform movements similar to humans from an early age. In case of rebellion, they are chained and punished. They perform all such animal harassment to please visitors and earn money from them.

The animal is captured on coffee farms and kept in cages to use what they produce. The farm owners feed them with coffee plants. After these animals have digested the coffee and excreted them, the crap is used to prepare a very rare type of food. A cup of such a rare meal costs up to $ 100.

You might think that this would not harm the wild animal, but you should know that they are kept in cages so that visitors can buy tickets to visit them. The cats who have to endure such living conditions, will way suffer from various diseases. They have even been seen to dismember their bodies out of discomfort.

The show of playing with snakes has been around for centuries, but recently a new type has emerged that causes irreparable damage to snakes. They separate the cobra from nature, take out its fangs with metal tools that are not normally sterilized, and close their venom arteries. This causes infection and death of the animal.

You may ask, ” Why such type of animal abuse is done?” For tourists to kiss the so-called snake lips and take photos or videos of this fun. Do you think a responsible traveler will be willing to have such harassment against a wild animal for his own entertainment?

For years, these animals have been known for their precious skin and meat. Today, special unsanitary farms have been set up for them to roll on top of each other and amaze tourists. Possibly they offer the opportunity to eat crocodile meat in these places as well.

Crocodiles are very sensitive to stress. Living in such conditions makes them susceptible to develop various infections, including septicemia. In addition, because such farms provide them with a very little amount of water and food deliberately, they are fighting over food and water. Many crocodiles have lost their limbs in the war for food on these farms. Some of them die on the spot and others eventually die from infections caused by deep wounds. Just imagine the extent of pain they suffer.

Finally, we must mention another type of violence against animals that is done for fun: hunting. Do we really need to hunt animals for our survival in this era? Can you find any other reason for doing so other than having fun and enjoying killing a wild animal? Do we want to pass on the pleasures of such practices to the next generation as healthy tourism and recreation? Do we desire our children to see our pleasure in killing a harmless, blood-stained animal? So remember that we are responsible whether in life or in travel.

How Can a Responsible Traveler Prevent Animal Cruelty?

In a study that analyzed 50,000 views of Trip Advisor visitors, researchers found that 80 percent of those who visit such places are unaware of animal cruelty.

Now that you have read this article, you are aware of the extent of 10 types of animal abuse in tourism. You are now aware of the violence against them in these unhealthy tourist attractions. So, you are responsible and you must take action.

What you can do is spread the word to other people. Do not go to such places yourself and warn others not to visit them. Now is the time to be wise and professional travelers. You can write, talk and report on such violence.

Nowadays, by organizing online petitions, like-minded people can be invited to complain to the responsible authorities against such inhumane acts. Most of this article has been adopted from the “buzzworthy” website to spread the word and enhance responsible tourism.

Destination Iran has written an Iranian Charter of Responsible Tourism according to which we have explicitly pointed out that any type of animal abuse is prohibited. We have dissuaded Iranian travelers and do the same to world travelers from participating in such inhumane activities.

Highly Effective Practices to Reduce Tourism Footprints to a Minimum

6 Effective Tips in Responsible Tourism for Fire Prevention in Nature 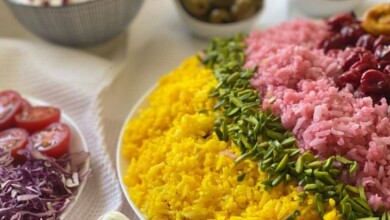 Full Board Plan & 3 Important Tips for a Better Choice