Semnan is a major city in Iran with several tourist attractions. This city is located in the south of Alborz Mountains and north of Dasht-e Kavir (the central desert of Iran). Arg Gate, Traditional Bazaar of Semnan, Sheikh Ala ol-Dowleh Bazaar, etc. are some of the historical monuments of this city. Homemade Bread, such as Shirmal Bread, Komaj Bread, etc … are the souvenirs of Semnan.

This city reaches Mahdishahr County on the north, Damghan County on the east, Sorkheh County on the west and Dasht-e Kavir and Isfahan Province on the south. This city is situated on two main highways and has a strategic location in terms of geography. This province is located along the main road of Tehran to Mashhad and on the way to the northern provinces of Iran, including Golestan and Mazandaran.

The height of the city is 1,130 meters above sea level. The atmospheric characteristics of Semnan Province indicate diversity in its climate. The average annual temperature in Semnan is 17.8ᵒC and the average rainfall in different seasons is 145 mm.

Semnan is located 227 kilometers from Tehran. There are several ways of traveling from Tehran to Semnan:

The land traveling from Tehran to this city takes about 2 to 2:30 hours from Afsarieh Junction in the east of Tehran.

Population and Economy of Semnan City

According to the 2016 census in Iran, the population of this city was around 185,000 people. As Semnan has rich and mineral resources and a large number of mineral deposits, the production, and processing of these materials constitute the largest part of jobs in Semnan.

This city is also of the first rank in Iran in terms of having gypsum deposits, salt storage and production, chromite production, and massive zeolite reserves.

In ancient times, Semnan was part of the 14th historical province of the Avestan hexadecimal divisions (mentioned in Avesta, the holy book of Zoroastrianism). During the Median Empire, the entire current Semnan Province was a part of the great Median Empire. At the time of the Achaemenid Empire of Persia, Semnan was a magnificent city. After the attack of Alexander, Semnan became famous as Koomesh. The great era of the prosperity of this city began after the advent of the Parthian Empire.

Due to its location, which was on the traffic center of the north, south, east, and west, Semnan had always been the subject of a struggle for power in the Sassanid period. In the Sassanid and post-Islamic periods, the city was the bases of central governments in the area.

Many of the buildings in this city belong to the Qaznavid period and beyond. At the time of Ismailism, Semnan was an important center of the country.

During the Zand period, at the time of Karim Khan Zand’s reign, Semnan, Damghan, Shahroud, Sorkheh, and Bastam were under the rule of Zand authorities.

In Addition, Semnan was the birthplace of many members of the royal family of Qajar kings. Also, it was then the home to several notable Iranian physicians.

During the Qajar period, and especially during the reign of Fat’h Ali Shah, whose birthplace was Semnan, the city was the center of attention.

Arg Gate of Semnan
This building is the northern gate of the city and is the only remnant of Arg Gate of Semnan. It dates back to the Qajar era. According to the inscription in Arg Gate, the construction of building completed in 1885, during the reign of Nasir al-Din Shah, the Qajar king.

During the reign of Reza Shah Pahlavi, when the architects were constructing new streets and buildings in Iran, the entire complex of the ancient governmental Arg Gate was destroyed.

This Bazaar is the largest center of trading merchandise in Semnan. The bazaar dates back to the Qajar era and is located on Shohada Street, Imam Avenue.

The length of this bazaar is about 1600 meters and its construction dates back to about 180 years ago at the beginning of the Qajar dynasty. The architecture of this monument is in ancient Persian-style architecture, decorated with sun-dried brick and brick ceilings in compliance with the specific weather conditions of the desert region.

Sheikh Ala ol-Dowleh Bazaar of Semnan

It seems that the construction of this bazaar dates back to the Ilkhanid era and even before it. Sheikh Ala ol-Dowleh, a mystic of the 13th and 14th centuries, founded the historical bazaar of Semnan at the same time when Sheikh Ala ol-Dowleh Friday Mosque was constructed in the city.

Friday Mosque of Semnan
The Friday mosque of Semnan is one of the oldest buildings in the city that changed over time. In this building, there are some sections remained from Seljuk and Timurid periods. It seems that the construction of the mosque, built on the ruins of a fire temple, dates back to the 7th century.

The mosque has gained great value and credibility in religious, cultural and social terms throughout history. According to Mohammad Karim Pirnia, a prominent Iranian architectural historian and architect, this mosque is in the style of the Azeri architecture. 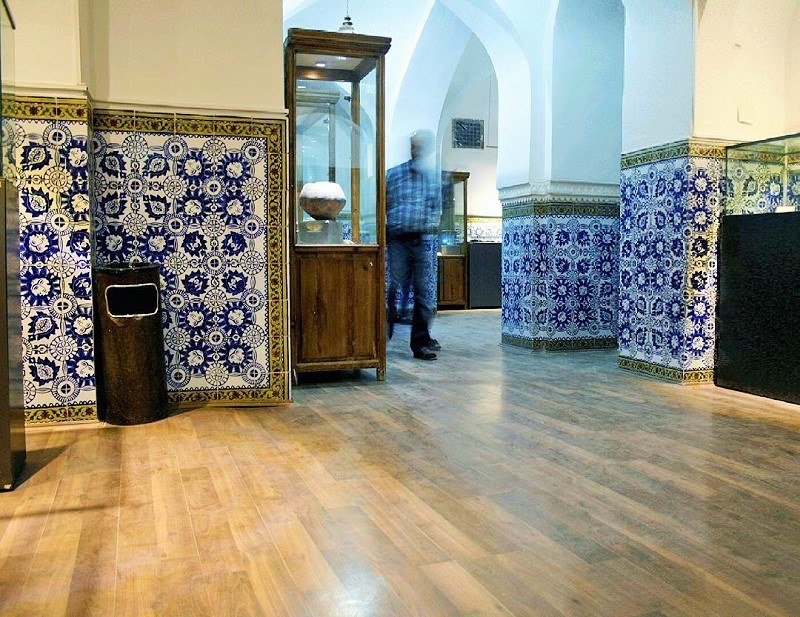 It is a museum inside a Timurid building (15th century) in Semnan Bazaar. It showcases some of the archaeological findings of the area.

Hazrat Bath
This bathhouse of Semnan, also known as Pahneh Bath, dates back to the Safavid and Qajar periods. The bath is located between Friday Mosque and Imamzadeh Yahya. The construction of Hazrat Bath dates back to 1450. In 1894, during the reign of Muzaffar al-Din Shah Qajar, the architects repaired and renovated the bath.

Another monument that remained from the Qajar era is Darol Hokoumeh Building in Semnan, located south of the city and on Abuzar Ghaffari (Pachenar) Square.

Before the construction of the governmental Arg Gate of Semnan in the north of the city, Darol Hokoumeh was located in the south of the city and in the same building today known as Kalantar House.

The tower is located in the middle of Hakimollahi Street and near the three neighborhoods of Kushmaqan, Zavqan, and Kadivar. The construction of the tower or ancient fire temple dates back to the pre-Islamic era.

According to the local people’s beliefs, Chehel Dokhtar Tower is a monument that facilitates it for a girl to find a husband. In fact, the girls go into the tower and throw three or seven stones from the inside to the outside. If they throw all the stones exactly out of the tower, they will marry the same year. Otherwise, they should stay home without a husband and wait for another year. 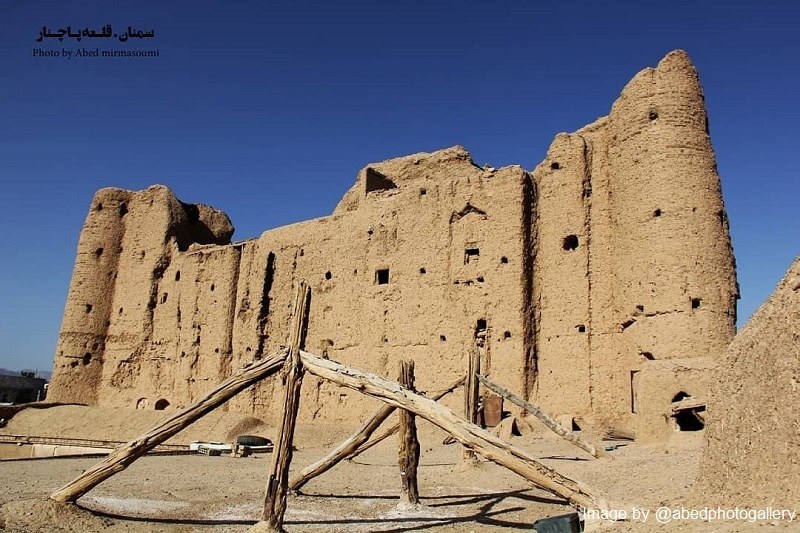 In the southwest of Abouzar Square and in Esfanjan Neighborhood of Semnan, there are two impressive and old castles known as Pachenar Castles. The architects built these castles as the ancient fortresses that were among the most important military and defensive castles of Semnan. Some people believe that the history of the castles dates back to the Tahirid dynasty.

Some of the amazing historical attractions of Semnan are outside the city:

Saroui Castles
These buildings consist of two strong and indomitable fortresses located 10 kilometers northeast of Semnan, in the Saroui mountainous region. The northern castle (Small Saroui) is almost destroyed. The southern castle (the Great Saroui), one of the most important fortresses in the east of Iran, seems to consist of three floors. 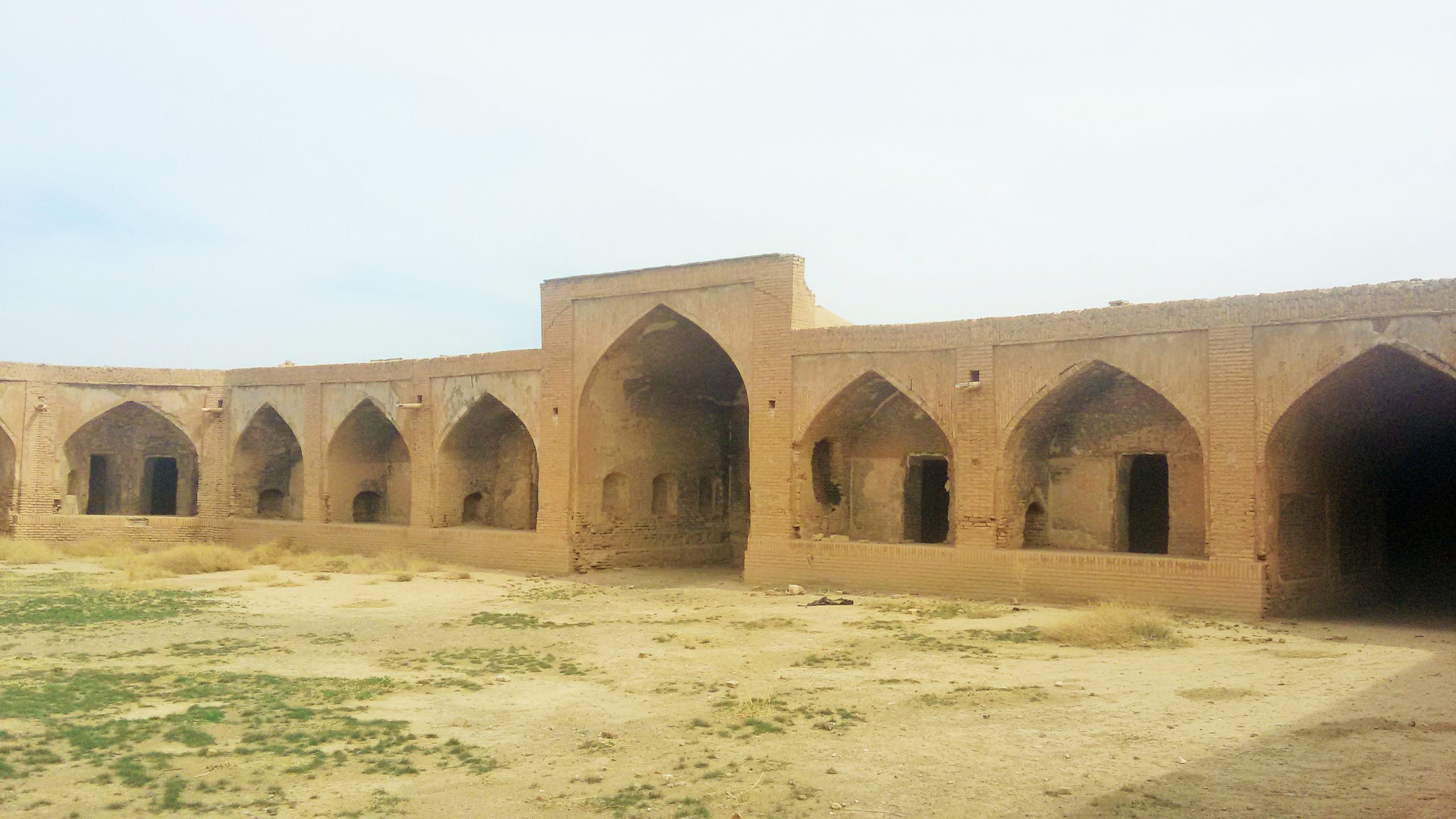 This area is located about 30 kilometers from Semnan,78 kilometers west of Damghan. The two caravansaries or historical ribats called “Anoushirvani Stony Ribat” and “Shah Abbasi Caravansary” has added to the importance of this region. The construction of the stony caravansary (Anoushirvani Ribat) dates from 1029 to 1030 and the construction of Shah Abbasi Caravansary dates back to 1686, at the Safavid period.

Prophets Tombs
The religious “Peygambaran” area (means prophets in Persian) is located in the northeast of Semnan City. The tombs of Prophets (Maqbareh-ye Peyqambaran id Persian) are on the mountain peak of the same name, 21 kilometers from the main road of Tehran – Mashhad and near Semnan. According to the belief of local people, this is the burial place of “Sam” and “Lam”, the sons of Noah the Prophet.

Here is a list of amazing spots in the nature near Semnan:

Hot Water Spa
The hot water spas of Semnan are located 21 kilometers northwest of Semnan and 18 kilometers west of Mahdishahr City. The locals enjoy the spas for therapeutic and recreational use.

Dragon Mount (Ezhdeha in Persian) is a naturally formed mount near Garmsar, between Semnan and Tehran. It consists of various colors of red, brown and white, which looks like a dragon.

This area is the refuge of several species of wildlife in Iran. More than any other species, Caspian snowcock is the bird living above 2800 meters above sea level whom you may find here. Among other wild animals, you can find white-throated robin and northern goshawk as well.

Darband Cave
This cave is 24 km north of Semnan, only 3 km away from Mahdishahr. It is 114 meters long and 36 meters wide. At its highest point, it reaches 20 meters.