Damghan is the oldest and the most ancient city of the Parthian era survived in Iran. This city was the capital of Iran during the Parthian Empire. Due to its antiquity and tourist attractions, Damghan has many ancient monuments such as Tarikhaneh Mosque (former fire temple) and Tappeh Hesar historical mound. Cheshmeh Ali is a natural attraction close to this city. Damghan is also famous because of its vicinity to the city of hundred gates on the Silk Road.

Damghan is located about 340 kilometers northeast of Tehran and in Semnan Province. The city reaches to Gorgan and Kordkuy on the north, to Shahrud County on the east, to Khour, Biabanak, and Anarak (the districts of Naein City) on the south, and to Semnan and Sari counties on the west.

The height of Damghan is 1,170 m above sea level. Its average temperature is 15.9°C in different seasons. The average rainfall of the city is 28.5 mm.

For traveling to Damghan, there are three possible ways:

Population and Economy of Damghan

Damghan is the second-largest city for the pistachio production in Iran. A part of the economy of the city depends on pistachio and agricultural gardens. Pistachio processing and production units, door and window manufacturing, gypsum production, construction materials, etc. are the main industries and occupations of local people in Damghan industrial town.

This city was once called the city of one hundred gates (Hecatompylos in Greek), was the capital of the Parthian Empire. We can find the ancient name of Damghan (Qumis) in the inscription of Sargon II, the Assyrian king. The ancient name means the city with 99 guards or gates.

The city maintained its importance until the first century AD. Damghan was once the winter capital of the Parthian Kings and had a good position until the last Sassanid king was murdered. During the reign of the Umayyad, Abbasid, Taherid, Samanid, Sarbedaran and Deylamite dynasties, Damghan had a significant position for the emirs and the governors.

In the Seljuk period, the city was an important base for Ismailia followers. The Safavid, Afsharid and Zand kings were interested in this region and the city experienced many political events in this period.

During the reign of the Qajars, many Qajar princes were born in the city. During the Constitutional Revolution of Iran, Damghan was one of the centers of opposition to the government.

Here’s a list of interesting places to visit inside Damghan:

This mosque is located in the southeast of Damghan city and is one of the magnificent and valuable temples of ancient Iran. It definitely makes one of the major tourist attractions of Damghan.

The first building there was a fire temple inspired by the construction style of the Sassanid era. Then, it was changed into a mosque after the advent of Islam to Iran (7th century AD).

This tower is located in the southern part of Mehmandoost Village near Damghan and is very similar to Tughrul Tower of Rey, south of Tehran. Some call it Mehmandoost Towers as well. The construction date of the tower is 1097 AD and belongs to the Seljuk period.

This Mosque is located in the northern part of Damghan. The history of the mosque dates back to the Seljuk period or the early stages of the formation of this dynasty.

This historical site of Tappeh Hesar (literally means Hesar Mound) is located in the southern part of Damghan City. The historical site dates back to approximately 2000 to 2200 BC. Erich Friedrich Schmidt discovered the site in his explorations. Even if you do not call it an average tourist attraction of Damghan, it certainly is a historical attraction of the city.

In the northeastern city of Damghan and in the vicinity of the Friday Mosque of this city, there is a building belonging to the Ziarid era, known as the “Tomb of Pir-e Alamdar”. The tomb was built in the early 11th century, and we can find spectacular brickwork art in this building.

Lotfi House belongs to the Qajar era. It consists of many features of the Iranian home architecture.

In the western part of Damghan City, there is the ancient monument of Chehel Dokhtar Tower dating back to approximately the middle of the 13th century. The brick dome has a height of 15 meters.

This shrine is the burial place of a decedent of the Shiites’ 4th Imam. The building of this monument is said to have been built in the Seljuk era or even before that. It is a quite solid structure looking very much like a fortress making a major historical attraction in Damghan.

There is an octagonal building next to Imamzadeh Jafar, which is said to be the burial place of one of the children of the Shiites’ 7th Imam. According to an inscription in it, the architects must have built it in the 15th century when Shahrokh, the Timurid king, was ruling in Iran.

Tomb of Shahrokh, the Timurid

There is a square building close to Imamzadeh Jafar, which is said to be the tomb of the Timurid king, Shahrokh. This building used to be a khaneqah, gathering place of Sufis.

This building dates back to the 15th century and is located in Damghan near Cheshmeh Ali. The construction of the dome is entirely done by sun-dried brick.

This building is constructed with Sarooj, the traditional Iranian marmot, in a water pool where Cheshmeh Ali flows into. The building dates back to the Qajar period.

The ancient time’s architects have erected this wall for protecting the city’s inhabitants like in many other ancient cities of Iran. Today what is left is one of Damghan’s historical attractions.

As this city used to be on the Silk Route, there were several bandits who may have wanted to steal from its residents. So, such a wall was necessary. Today, there are only 1610 m of this wall is left in the south and 150 m in the north of the city.

This bazaar dates back to the Qajar era and is located in the city center. The Bazaar of Damghan is currently open and is known as a trading area. 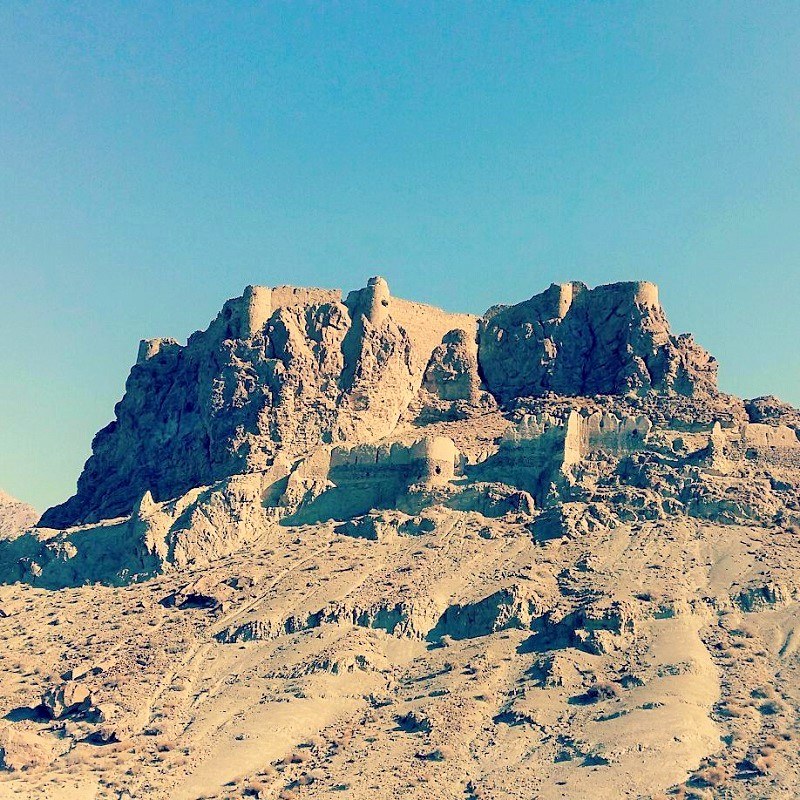 There is a mountainous area 18 kilometers west of Damghan. Gerdkuh Castle, known as “Gonbadan Fortress”, is the main tourist attraction of the area located on top of it. The reason why it is called so (Gerd meaning round and Kuh is mount) is the dome shape of a mountain top.

This cave is located 12 km northeast of Damghan City. Shirband cave is located in a series of karst plateaus with beautiful walls. The foot of this mount and its cave date back to 136 to 190 million years ago.

This forest is another Damghan natural attraction located in the northern part of the city and along Damghan-Dibaj-Galougah in Behshahr. Galougah Road is one of the closest connections between the southern and northern slopes of Alborz a part of which is located in the city of Damghan.

This gorge is located 17 km east of Dibaj City, and the access is easy. The gorge has rocky walls and high cliffs along which some cold and pleasant water flows down.

Jahan Nama Protected Area has been a place for recreation and hunting of the region since a long time ago. It is about 100 km far from Damghan. The vegetation of the region is very diverse due to the favorable weather conditions.

In the south of Damghan, there is a desert with running sand extended all the way as far as Yazdan Abad village, 75 km away from this city. This is a major natural attraction of Damghan.

The further you go, the less water and vegetation you will see on this route. There are some fine yellowish sands exposed to the Sun, which run with strong winds and form sand dunes. When there is a storm, the running sand creates a wavy scene like the surface of the sea in this desert.