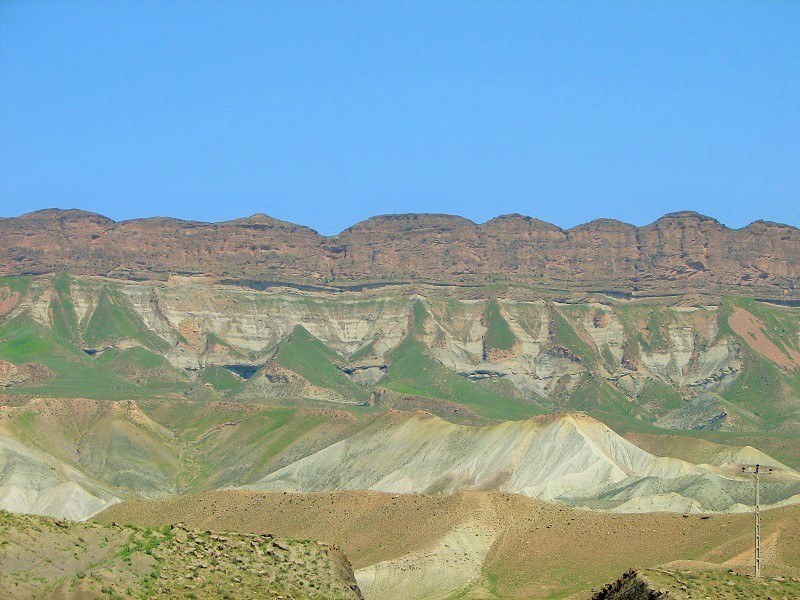 Kopet Dag Biosphere Reserve in Iran is one of the UNESCO worldwide inscribed areas in the Man and the Biosphere Programme (MAB). UNESCO founded this program in 1971. Its purpose is to increase interdisciplinary collaborations between management, research, and training fields in ecosystem conservation and the use of natural resources. The purpose of this program has been to support sustainable development as well as the introduction and conservation of biosphere reserves.

The literal translation of the word “Kopet Dag” is “many mountains”. It is also known as Koppeh Dagh in Iran. This biosphere reserve is located in northern Iran. The area is part of Turkmenistan and North Khorasan mountains, located at the north of Gorgan River and Atrak River.

Kopet Dag Biosphere Reserve leads west to the Caspian Sea and east to the altitudes of Hezar Masjed Mountains in Khorasan Razavi. A small part of its northern branch is located in southern Turkmenistan.

During the 30th session of the International Co-operation Council on the Human Biosphere in Indonesia, the area was listed as the 13th Iranian Biosphere Reserve.

With its natural attractions, rich biodiversity, cultural diversity and the presence of local and nomadic communities, this biosphere reserve has the necessary criteria as a biosphere reserve.

Here’s the list of UNESCO biosphere reserves in Iran.

In some areas of Kopet Dag, there are dunes where no plants grow and there are deep valleys. This mountain is the continuation of the Caucasus folds and consists of hills of various sizes.

These altitudes are formed in the Alpine-Himalayan folds. In addition, Kopet Dag Biosphere Reserve is located in the northwest-southeast direction. It is similar to the Zagros Mountains geologically. The major feature of this biosphere reserve is its rich water resources, calcareous constituents, water erosion and the existence of karstic phenomena.

The highest peak of this mountain range is the Bir Peak in Golil Mountains in northern Shirvan.

In the early years of the last century, when military land forces were the main combating forces of countries, some parts of the world that played a key role in conquering a region were known as the “heartland”. Because of its dominance over the plains of Russia, Kopet Dag Biosphere Reserve was one such heartland.

The height of this area is 3,191 meters (10,469 feet) above the ground level. It is also 650 km (400 miles) long. The fold and thrust belt of Kopet Dag- Binalood in the northeast of Iran forms a part of the Eurasian supercontinent and the southern edge of Turan Plate.

Based on morphological knowledge, this deposit has been identified at a young stage and its very young folds indicate a direct relationship between the topography of the area and the geological structures.

Based on the results of geological studies, we can categorize the following five tectonic zones in Kopet Dag Biosphere Reserve:

The occurrence of numerous earthquakes in Kopet Dag Biosphere Reserve indicates that the fold belt of Kopet Dag has been in motion since the last Alpine activity and has devastated cities such as Quchan.

The plains of Sarakhs, Gorgan, Mashhad – Quchan, and Shirvan – Bojnourd are the fallen areas of Kopet Dag. In addition to the huge gas fields, the location of Kopet Dag in the two supercontinents of Eurasia and Gondwana has made this area of special interest to geologists. Sedimentary conditions and tectonic events of Kopet Dag Biosphere Reserve are similar to the Zagros Zone.

The population of this area is mainly composed of Turkmen, Afshartat Turks of Khorasan and Kurmanji Kurds. The tribes of this region have long called this mountain “Golil”. This name is also mentioned in the old provincial maps and administrative correspondence.

Kopet Dag Biosphere Reserve has long been the habitat of more than 30 tribes (Namani – Seyl Separani – Turani – Kaltamani – Rashan – Sinan – Bicharan – Peirovan – Sharkan – Milan – Malavan and other tribes) of Kurmanji Zaferanloo great tribe. As one of the oldest tribes of Iran, this tribe is rich in ancient customs and culture.

When it comes to the wildlife of Kopet Dag, this region has two protected areas:

Potentials of This Biosphere Reserve

Kopet Dag Area comprises Hezar Masjed Mountains in the northeast of Iran that begin in the WNW to ESE direction from the east of the Caspian Sea and ends in the territory of Afghanistan after crossing Turkmenistan and Iran.

As a major gas field, Kopet Dag is shared between the three countries of Iran, Turkmenistan, and Afghanistan. Researchers have discovered huge gas fields in Khangiran of Iran, Dolat Abad – Donmaz, Shatlik, Gazli, Bayran Ali and Mehri in Turkmenistan and Guger in Afghanistan.

Geographically and orographically, this biosphere reserve is part of the eastern extension of the Alborz Mountains, but its geological and structural features differ from adjacent areas. In the Iranian section of Kopet Dag, there is a good hydrocarbon potential.

Threats against This Biosphere Reserve

Considering the natural wealth of the area mentioned above, if managed scientifically and proficiently, this area could attract and amaze huge number of nature-loving travelers from all around the world. They will certainly enjoy the richness and uniqueness of nature in various forms of sightseeing from landscape to the living species living there.