Lake Hamun biosphere reserve and its Lagoon in Iran are together recognized by UNESCO. It is the third-largest body of water after the Caspian Sea and Lake Urmia in Iran and the seventh-largest lake in the world. Lake Hamun (also spelled Hamoun or Hamoon) is made up of three smaller lakes called Hamun-e Puzak, Hamun-e Saberi and Hamun-e Hirmand. When these lakes rise, they form a single lake called Hamun. This lake is located in Sistan and Baluchestan Province. Hirmand River is the main source of water emptying into it.

The name of Lake Hamun is cited in Avesta, the primary collection of religious scriptures of Zoroastrianism. Old Iranian books written in the Pahlavi and Persian languages have mentioned the name of Hamun several times. Some believe that thee settlements around Lake Hamun used to be the center of Zoroastrianism in the past. In ancient times, this lake was a sacred place for Iranians.

In the mountainous highlands of Lake Hamun, the precipitation reaches 600 mm sometimes. Hamun biosphere reserve and its surrounding area are classified as desert areas due to their elevation from sea level. The highest area of this reserve is Mount Shah, which is 4,400 meters above sea level. The lowest point around Hamun is the Jazmurian depression, which is 350 meters above sea level.

Hamun covers an area of 3,820 km2 of Iran and the rest is located in Afghanistan. Hamun is one of the natural monuments recognized as the UNESCO Biosphere Reserve. Hamun Lagoon is located in one of the warmest and driest climates in the world. Hamun Lagoon is linked to Helmand River at the Afghan-Iranian border. The region is the second in terms of the sandstorms in Asia.

Chah Nimeh is a water reservoir consisting of three basins or three natural depression along Helmand River. The creation of the basins dates back to the Quaternary geologic period. The Chah Nimehs in Sistan area is an important factor for the survival and residence of the people in this area.

The maximum depth of this Lake Hamun is about 11 meters. Mount Khajeh, with a height of approximately 609 meters above sea level, is the only natural phenomena of Sistan Plain. This mountain looks like a small island between Hamun and Hirmand during the high water. The lowest points of the area are located in the southern and northern parts of Hamun with a height of 467 m above sea level.

The amount of water entering upstream of the Helmand River is very high, but before it reaches Iran, it is severely depleted due to the high consumption of Afghans. 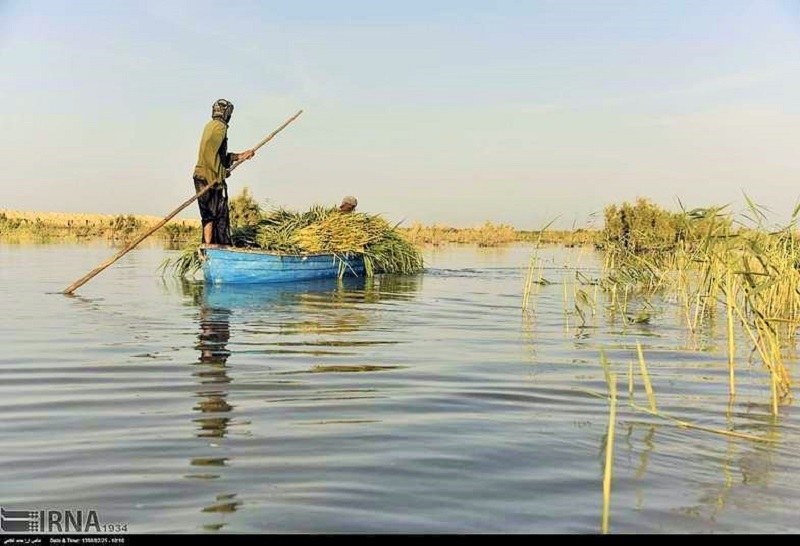 The importance of this region is mainly due to its habitat for wildlife, the possibility of fish farming, the availability of different bird species and the provision of livestock feed from reed beds and the use of reeds for caning. Lake Hamun is a permanent habitat for some creatures, while for some others is a temporary habitat for transiting and feeding. Halil River and Bumpur River flow into Lake Hamun.

Located in the center of the desert region, Hamun Protected Area is the only habitat for migratory birds. The freshwater lakes, swampy lands, and the water distribution due to river flood have made the region host hundreds of thousands of migratory birds.

The ecosystem of Hamun is unique during high water season and its survival depends always on the Helmand River. In addition, Hamun Wetland is one of the seven wetlands listed in the endangered wetlands list.

Animal Husbandry, fishing and bird hunting are the common livelihoods of the local people of Lake Hamun.

Here is a list of spectacular places to visit in the vicinity of this biosphere reserve: 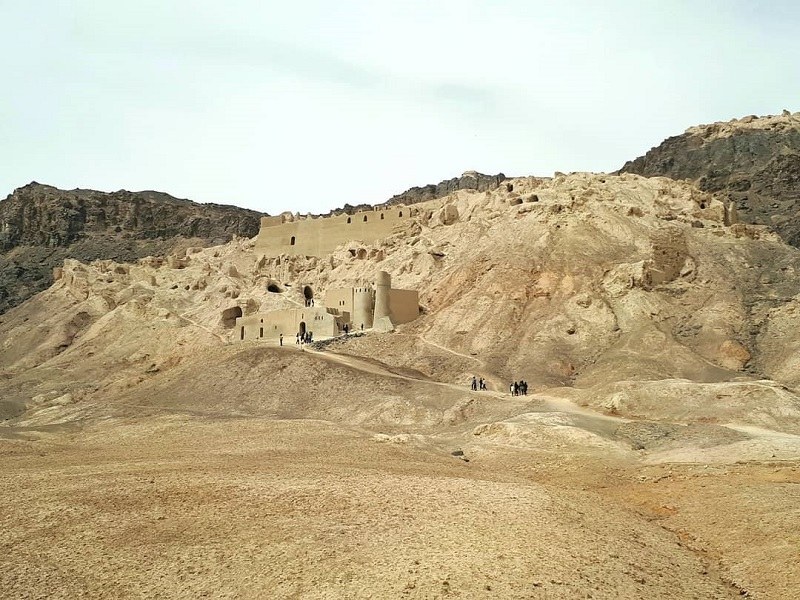 It is one of the most significant monuments of the Parthian and Sassanid periods in ancient Iran. We can see paintings, stuccos and muddy reliefs in the building. 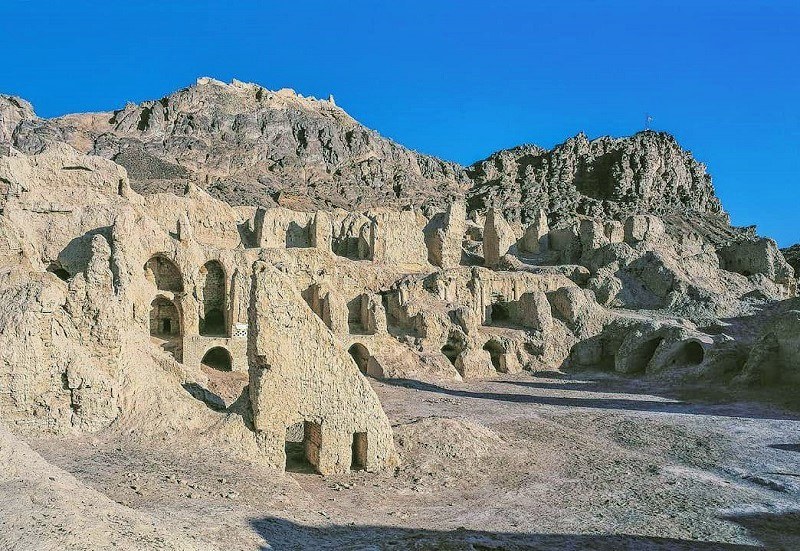 There are traces of Paleolithic, Parthian, Sassanid and the post-Islam eras in this mountain. Since the followers of different religions have sanctified this mountain at various times, the inhabitants have always paid particular attention to mount Khajeh.

Khajeh Qaltan Tomb
Khajeh Qaltan Tomb is located above the fire temples and corridors. The tomb belongs to an important person in the Parthian period. This tomb is the most sacred shrine for the local people of Sistan.

Comparison with Other Similar Attractions

Because of its similarity to other natural areas of Iran, Hamun biosphere reserve can be compared with the following spots: 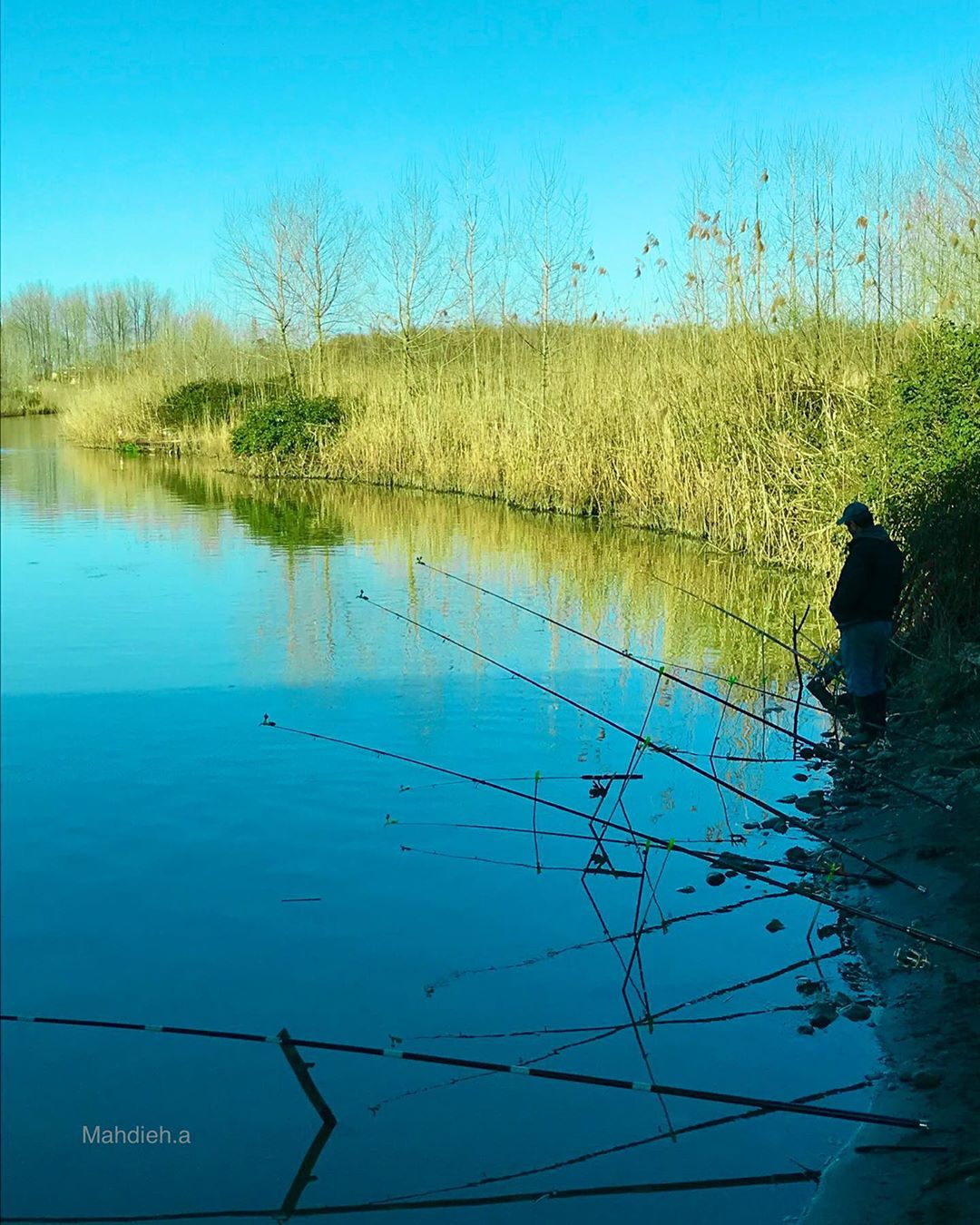 This wetland used to cover an area of about 20,000 hectares. It is located in northern Iran, Gilan Province. Anzali Lagoon is one of the largest natural habitat of animals in Iran.

Many migratory birds fly to the lagoon each year. Anzali Lagoon has a high amount of moisture and water due to its geographical location. In addition, there are several islands in Anzali Lagoon. This is one of the great wetlands of Iran covering an area of about 4,00 hectares. It is located in southwestern Iran and south of Shadegan City in Khuzestan Province. In the past, this international wetland was the fifth in the world in UNESCO rankings in terms of water amount. Jarahi and Karoon rivers as well as the tide of the Persian Gulf supply a part of the water of Shadegan Wetland. In addition, its water is salty. 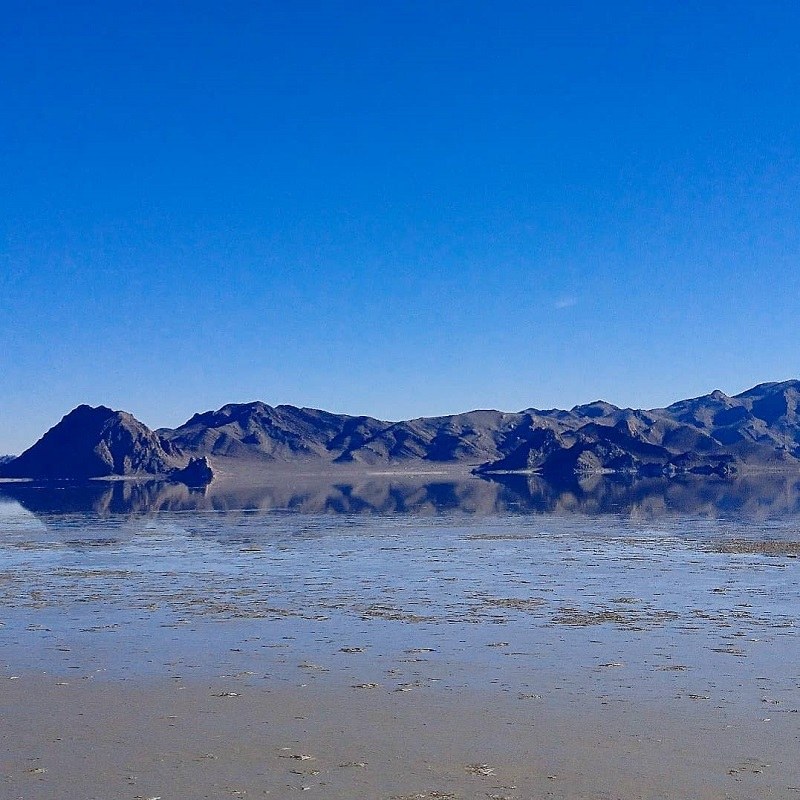 This area is the winter habitat for the birds migrating from Russia and the Siberian Plains to Iran. Bakhtegan Lake increases air humidity in the region. Due to the high altitude of the surrounding mountains, the moisture does not evaporate but remains in the air in the area. This wetland is located near Gandoman City in Broujen County. This area is among the top ten natural attractions of Iran suitable for bird-watching in Iran. The wetland covers an area of about 980 hectares with a height of 2,219 meters above sea level. In addition to rain and snow, the sources of Gadoman Wetland are the nearby springs and rivers. The vegetation of the wetland consists mainly of marginal and hydrophile species. 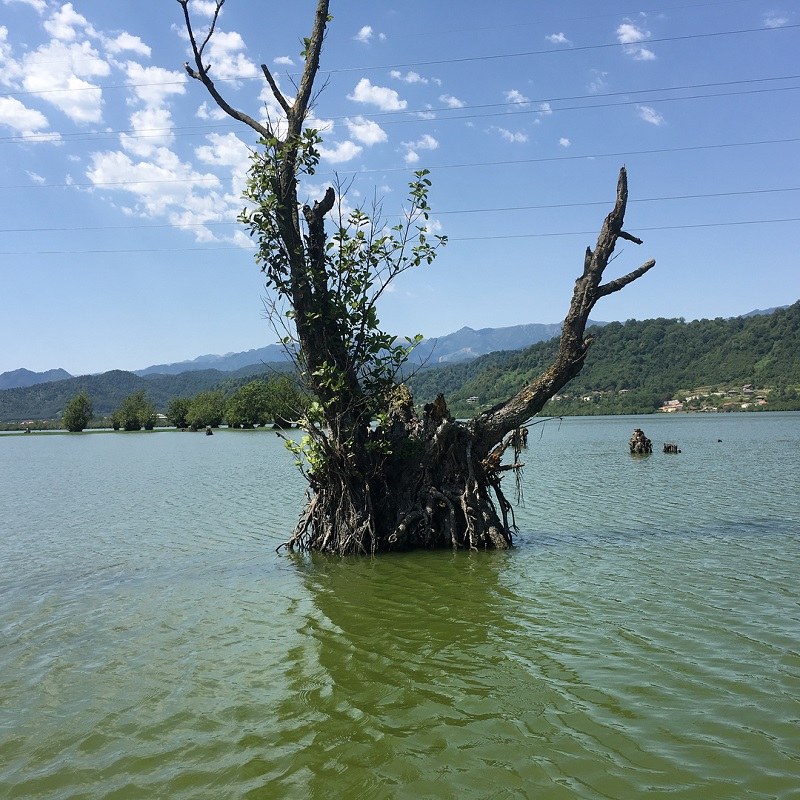 This lagoon is located 7 kilometers from Astara City in Iran and on the edge of Rasht to Astara Road. The lagoon is a pilot tourist attraction of Astara. This wetland is home to rare birds migrating from the regions beyond the Caspian Sea, Central Europe, and the North Pole to this lagoon. There are several species of fish in this wetland.

The trees in this wetland move always along the width of the wetland as their roots are floating in the water. 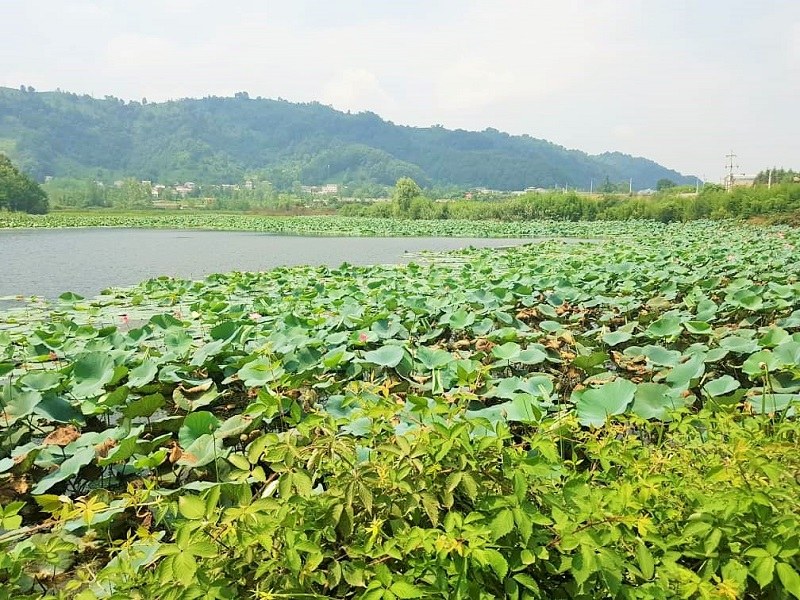 This wetland is the habitat of water lilies. The lagoon is 11 km from Lahijan city center. Soostan Lagoon is a freshwater wetland flooded in the fall and winter. Reed beds surround all around the wetland. There are also wetland plants and forest trees in Soostan Lagoon and on its edge.

The wetland has an area of 476 km2. Its height is 1,470 meters above sea level and its maximum depth is 150 cm. Gavkhuni Swamp has rich biological resources. It is also a refuge for migratory birds. 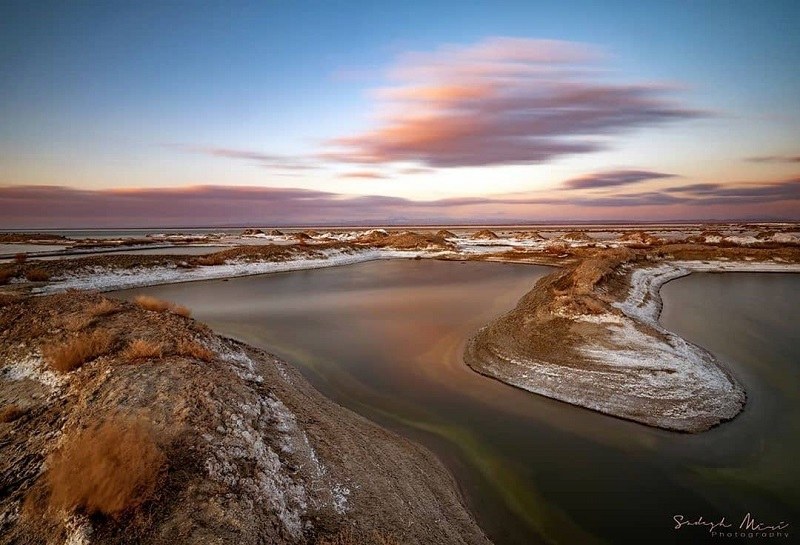 This wetland is located in Markazi province, about 8 kilometers northeast of Arak City, approximately in central Iran. In rainy years, the wetland has high water. In dry years, generally, the surface of the wetland gets dry and turns into a desert. The height of the wetland is 1700 meters above the international water level. The wetland has an area of about 25,000 hectares.

The water of this wetland is salty. Many migratory birds fly to this wetland each year. Due to water salinity, there are salt layers in the area.