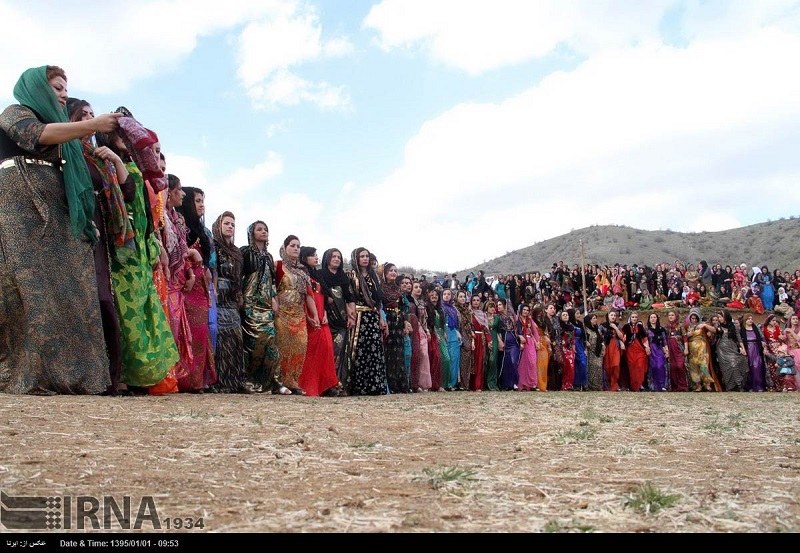 Sanandaj is a beautiful city with several tourist attractions. It is one of the largest cities of Iran the most inhabitants of which are Kurds. Due to the geographical location and urban activities during the Safavid and Qajar dynasties, Sanandaj has a valuable traditional urban texture.

There are many residential and public buildings in Sanandaj that constitute its historical attraction. They are buildings like baths, mosques, and bazaar. Some handicrafts of this city are carpets, rugs, woodcarving, and finishing woods. You can find such works in those shops.

Sanandaj elevation from sea level varies from 1450 to 1538 meters in different parts of the city. The climate of Sanandaj is cold, semi-arid, and humid. In the spring and summer, the weather is moderate. The average annual temperature is 12°C and the average annual precipitation is 500mm.

Based on the 2016 Iranian census, the population of Sanandaj was 865,767.
There are many high-quality quarries in the city, including Rosheh Mountain Mine, the quarries of rubble trench, marble and lime, and different kinds of travertine stones that have boosted the economic prosperity of the City.

History of the City

Due to the findings in various historical mounds, the appearance and construction of Sanandaj City date back to 4000 years ago. In 1636, the city of Sanandaj was built on a hill. The existence of several graves relating to more than 900 years ago in the cemetery of this city proves the historical feature of the city.

Ardalan Dynasty, a Royal family who attributed its roots to the Sassanids, governed in Sanandaj for 4 centuries. The family ruled alternately in Sanandaj from 1168 to 1868. Except for a short interruption, the Ardalan family were in power throughout the Safavid period. However, the Zand Dynasty conquered Sanandaj.

After a period of chaos and war leading to the destruction of Sanandaj, the last heir of the Ardalans in Kurdistan ruled in 1906 in Sanandaj. From 1922 to 1942, Sanandaj lost its importance as the ruling center of the region. With the advent of Pahlavi Dynasty, Reza Shah provided relative security throughout the region.

Here is a list of interesting places to visit in this city: 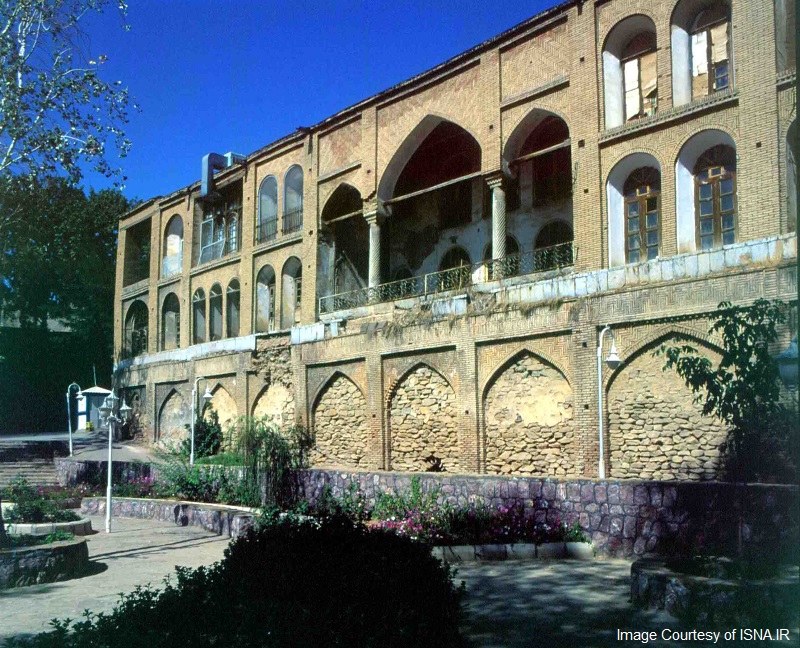 This building is one of the remnants of the Zand era in Sanandaj County. During various periods, people have repaired the mansion. There are different sections such as some courtyards, Bazaarcheh (a small Bazaar), bathroom and other buildings used as residential, commercial and sanitary facilities.

Moshir Divan Mansion
This is one of the oldest houses in Sanandaj, located in the old Sartapoleh Neighborhood. The construction of this mansion dates from the Qajar era. In the construction, one can notice the remarkable Iranian architecture features. It was the center of the governorate for several years. Moshir Divan Mansion has seven courtyards. 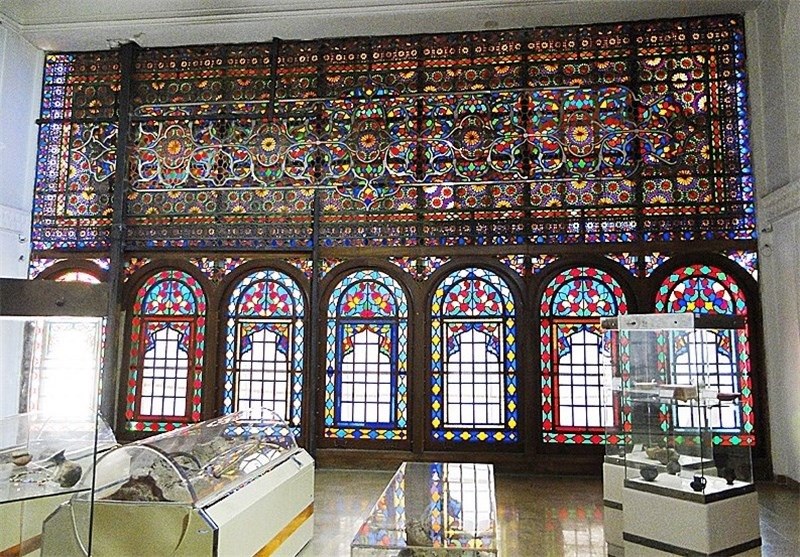 The construction of this building dates back to the late Qajar era. In 1976, the mansion became the museum of Sanandaj. The museum has an archaeological section where we can find a collection of ancient objects from prehistory to the Qajar period. 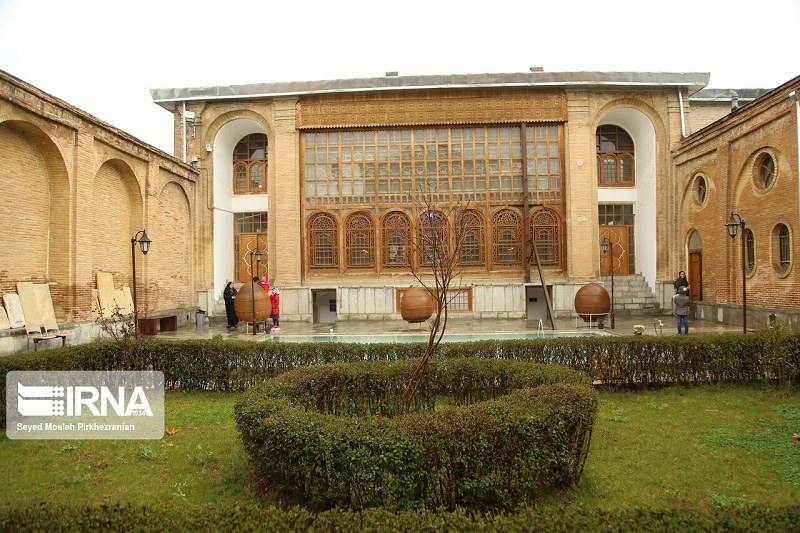 The history of the construction of this mansion dates back to the Qajar era. There are some examples of historical monuments of Kurdistan Province and other parts of the country exhibited for the public. The architects have worked out stuccos and mirroring in this monument in the style of the central Iran architecture. The construction of the monument dates back to 140 years ago.

Malek Al-Tojar Mansion
This valuable monument built during the Qajar dynasty in Sanandaj has been located near the Governor Center of Kurdistan Province.

Amjad ol-Ashraf Mansion
This building dates to 1802 and includes residential parts as well as the hall of ceremonies.

Salar Saeed Mansion
This mansion is now the museum of Sanandaj. The construction of the Sanandaj Museum dates back to the late Qajar period, about 150 years ago.

Memar Bashi House
This traditional house is located on the south side of Shohada-ye Sanandaj Street. The building dates back to the late Qajar and early Pahlavi eras. This monument consists of three floors with beautiful designs and illuminations, an outstanding feature of architecture in the Pahlavi era, and different spaces. The construction of the building dates back to the Safavid period, and the architects added some other sections in Qajar and Pahlavi I eras. This mansion has recently changed to the Kurdish Region Anthropology Museum and is also known as the Kurdish House. 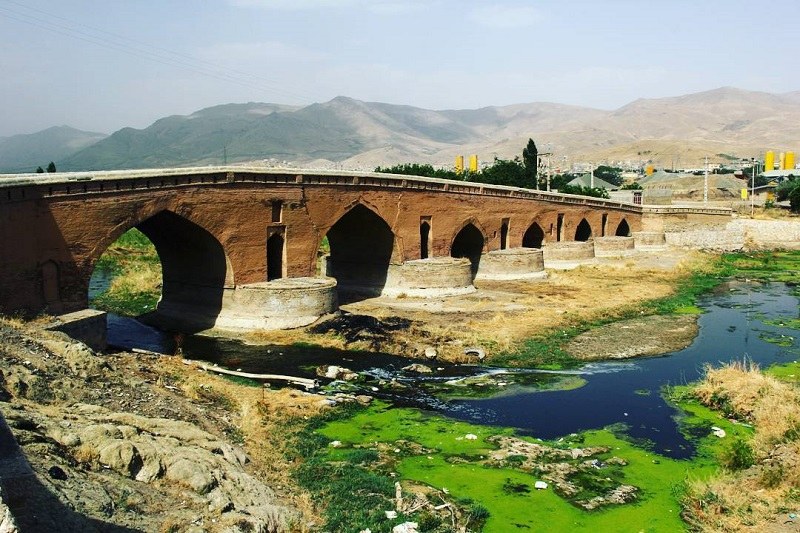 The bridge is built on Qeshlaq River in the east of Sanandaj. It is a legacy from Safavid and Zand periods. Local people have restored and repaired the bridge later, especially during the Qajar period. In terms of strength, regarding the constituent elements, the Qeshlaq Bridge is a good example of the bridge construction in the Safavid period.

Imamzadeh Pir Omar Tomb
The tomb is located near “Sana Dej”, the state fortress of Sanandaj. The complex consists of a tomb, a mosque and the tombs of famous and great families of Sanandaj and surrounding areas. The construction of this complex dates back to 1636 and some other parts are added to the main building.

Sharaf ol-Molk Tomb
The tomb is located at the end of Keshavarz Street of Sanandaj. The building is in the form of a simple cube with a dome on it. This tomb is open only Fridays for praying and reading Koran.

Hajar Khatoon Mosque and Shrine
A famous local mystic has constructed this monument, which is now one of the most prominent mosques in Sanandaj. Due to the use of stucco works, mirror works and beautiful designs of flowers and plants, as well as the use of Kurdish architecture in Southern columned eyvan, the mosque, and shrine of Hajar Khatun, is a valuable building. 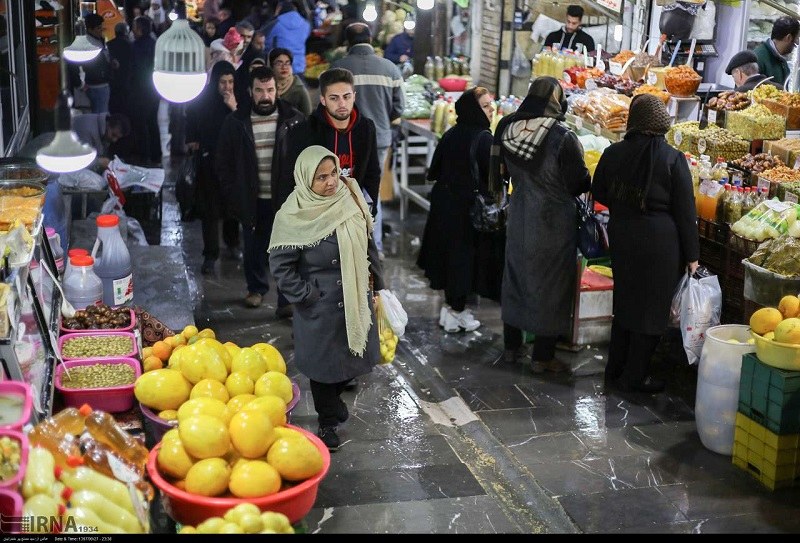 The construction of this traditional bazaar dates back to 1636, at the same time when Ardalan Dynasty chose Sanandaj as their capital. The bazaar is located on both sides of Enqelab Street of Sanandaj. The bazaar of Sanandaj is a legacy of the Safavid era. The rectangular shape of this bazaar is reminiscent of Naqsh-e Jahan square of Isfahan.

Backgammon Wood Finishers Bazaar of Sanandaj
This is a bazaar where professional woodworking artists are engaged in their activity and show their valuable handicrafts.

Shisheh Bath of Sanandaj
This building is located on the northern side of Kurdistan Boulevard of Sanandaj. There are colorful glasses used in the architecture of this bathroom. The bath is about two hundred years old. 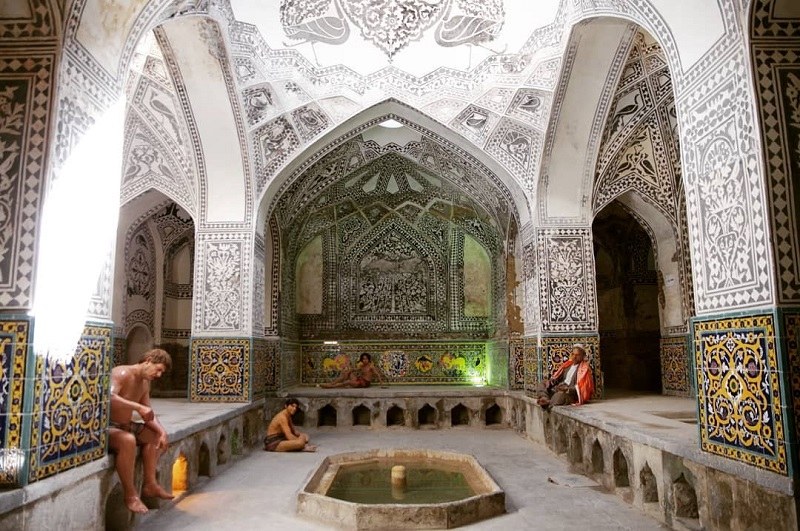 This is an old bath of Sanandaj, dating back to the Qajar era. The bathroom is located on the northern side of the roofed bazaar of Sanandaj and in the old texture and the center of the city. 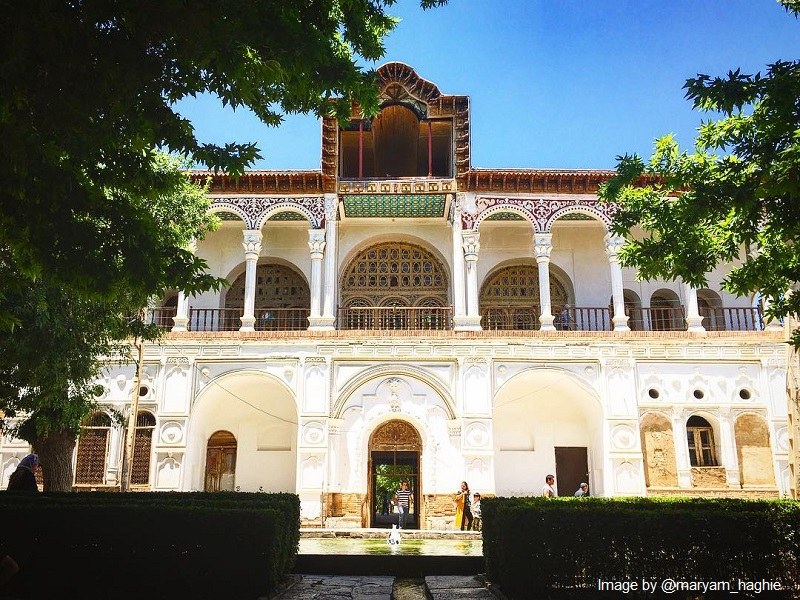 During the reign of Ardalan Dynasty, this building was a government center. Khosrow Abad Mansion and garden complex has two main parts, the royal palace with the columned entrance and the Khosrow Abad Garden that is of particular importance. The current location of this mansion is on Shebli Boulevard of Khosrow Abad.

The construction of this building dates back to 1813, during the reign of the Qajars. The mosque has two eyvans and a central courtyard, built around 12 chambers for religious scholars. This mosque is located on the northern side of Imam Khomeini Street in Sanandaj.

Here is a list of interesting places to visit outside the city: 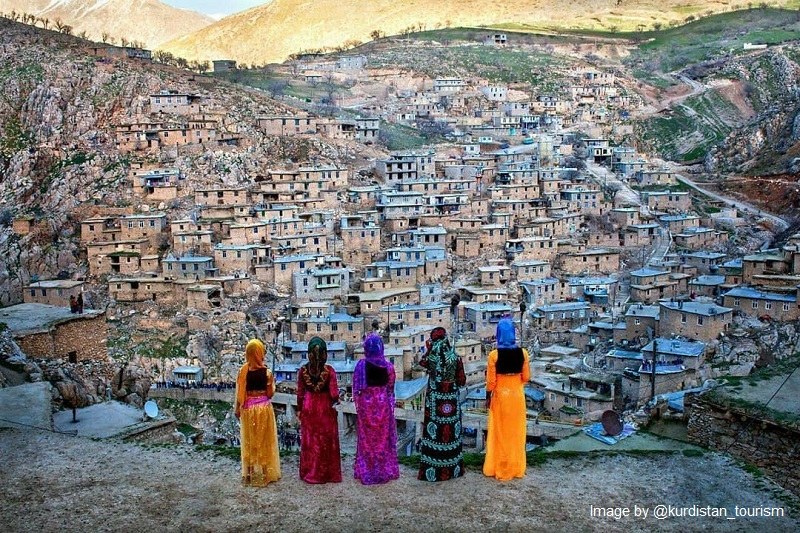 Palangan is located 47 km northeast of Kamyaran City. The village is a terraced village located on both sides of a valley. Its houses are generally stone-built. Like in other terraced villages, such as Masuleh and Abyaneh, the roof of the lower house is the yard of the upper house. 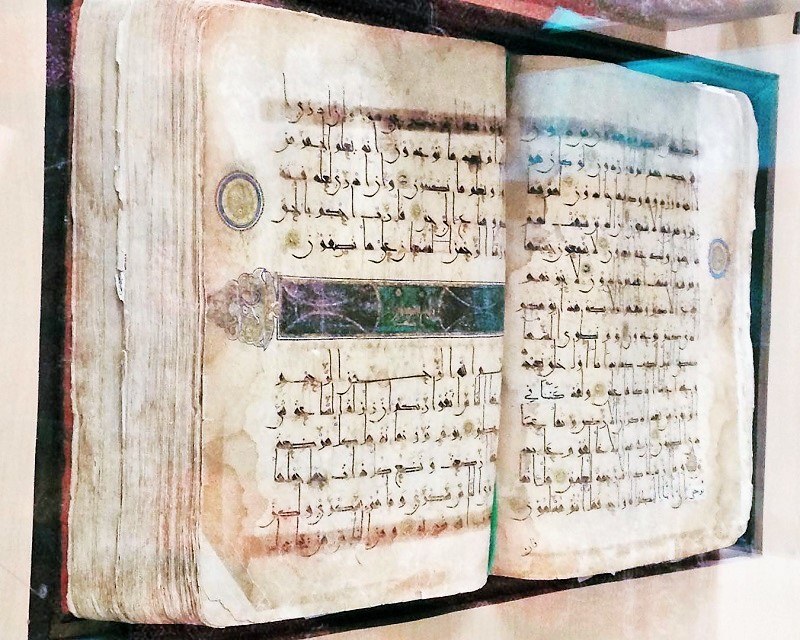 This old manuscript Quran is in the mosque of Negel Village. The Muslims wrote this Koran in Kufic script and gilded the number of some verses. Negel Village is located on Sanandaj to Marivan Road, 65 km west of Sanandaj.

Here is the list of natural wonders inside and outside the city: This Park is inside Sanandaj. It has the largest open roof cinema (summer cinema) in the country. Abidar Park has also several beautiful gardens and natural springs that families can enjoy there. 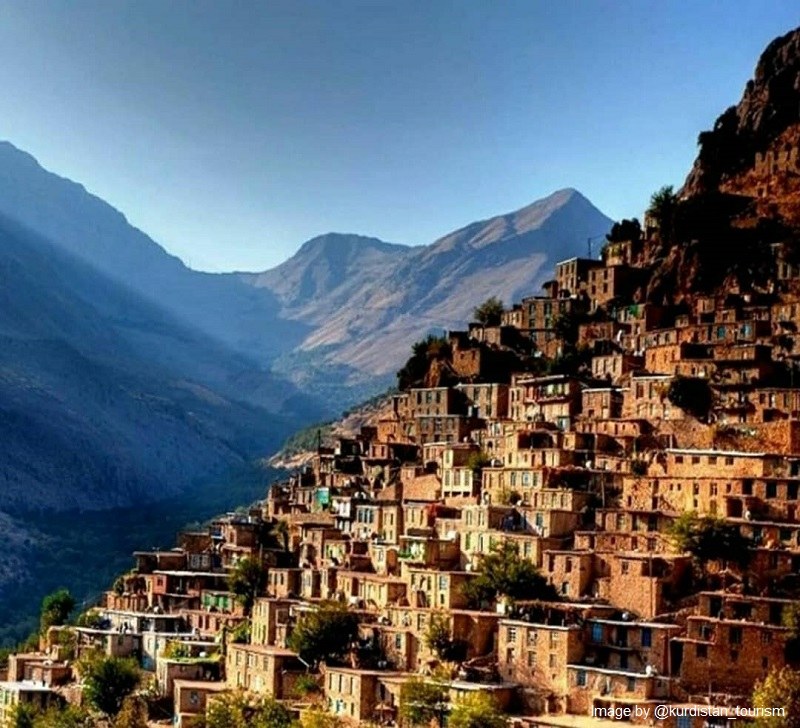 This village is located in the east of Marivan City. The region has beautiful mountains covered by forests. The big Sirvan River passes through this area. The architecture of this village is also in a terraced style. 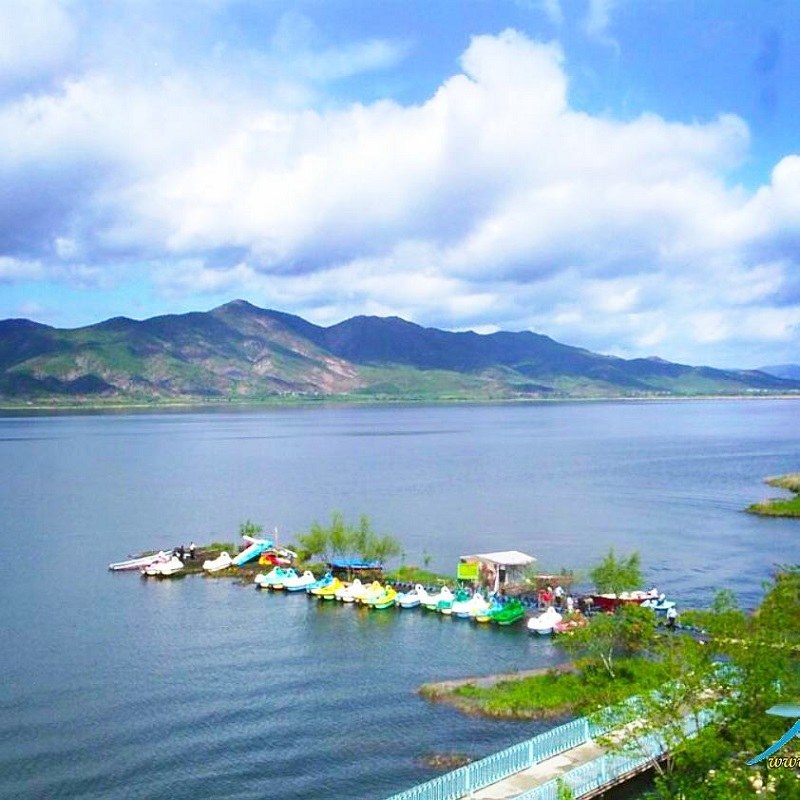 This well-known lake of Kurdistan province is located three kilometers northwest of Marivan City, at an altitude of 1285 meters above sea level. The length of this beautiful lake is 6 kilometers, its width varies from 1700 to 3000 meters, and its total area is about 720 hectares. Local people narrate many myths about the lake. The most famous says there is a buried city under the lake.