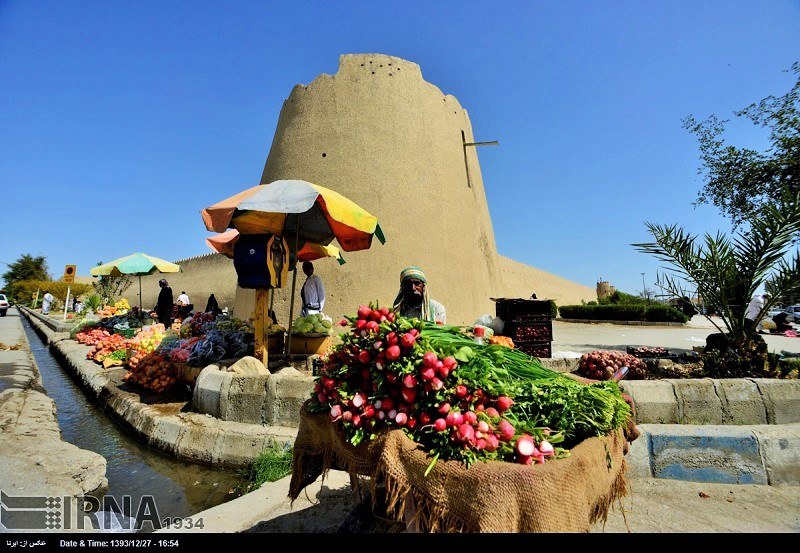 Iranshahr is one of the cities of Sistan and Baluchistan Province in Iran. There are a few tourist attractions in Iranshahr that make a trip to this city worth it. They are:

Some of the handicrafts of Iranshahr are:

Iranshahr is one of the cities of Sistan and Baluchistan Province. The city reaches Khash and Zahedan cities on the north, Chabahar on the south, Bam, Bampour, and Fanouj on the west, and Saravan and Zaboli on the east.

Iranshahr is 591 meters above sea level, with an average annual temperature of 32°C and an average annual rainfall of 1.53 mm. It has a warm and dry desert climate. The best time to travel is spring, autumn, and winter.

There are different ways to travel to Iranshahr:

The distance from Iranshahr to Zahedan is 321 km, to Tehran is 1513 km, and to Kerman is 544 km. It takes 17 hours by car from Tehran to Iranshahr. We do not recommend this way of traveling to Iranshahr.

There are several buses from Khash, Zahedan, Saravan, Bam, and other cities to Iranshahr.

Iranshahr Airport has weekly flights to Tehran, Zabol, Zahedan, and Jiroft. The flight takes 1 hour 30 minute to 2 hours from Tehran to Iranshahr.

Population and Economy of Iranshahr

According to the 2016 Iranian National Census, the population of Iranshahr was 254,314. The main occupation of the local people is agriculture and mining.

The main agricultural products of Iranshahr are cereals. Livestock and poultry industrial farming, fish farming, and milk, red meat, chicken meat, and honey production are active industries in this city.

The major mines in this city are lime, marble, manganese, and talc.

In addition, the combined-cycle power plant of Iranshahr is one of the sources of energy supply in this county.

In the past, Iranshahr was called Pareh or Pahreh (Fahreh in Arabic). We can find the remnants of the first human settlements in ancient sites such as Bampour, Khoorab, and Espidej.

Bampour City was the center of governance in Baluchistan Province from the Afsharid Dynasty to the Qajar era. However, after the Qajar period and the centralization of power centers in Iranshahr, Bampour lost its authority.

At the time of Alexander’s invasion, Iranshahr was a cultivated and green region, but over time, the city was destroyed due to various reasons.

The Historical Attractions of the City

Here we introduce Iranshahr historical attractions, most of which are located outside the city except for Nasseri Castle. 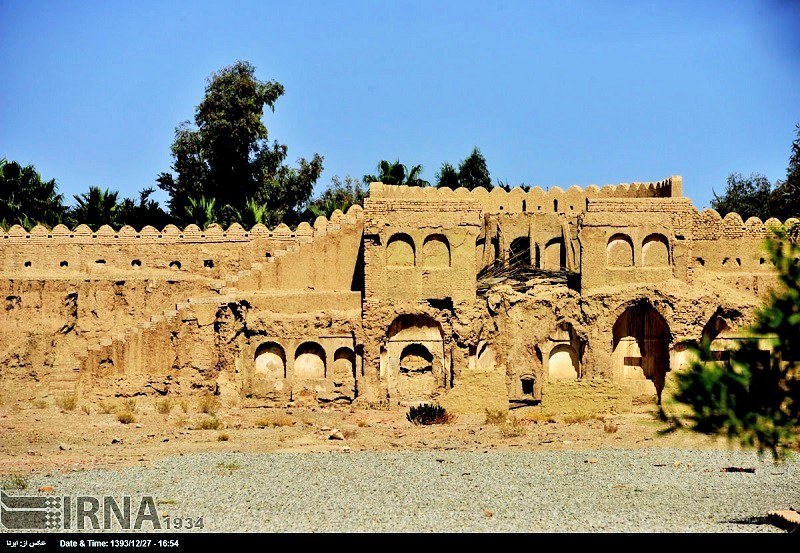 The architects have built this castle on the orders of Naser al-Din Shah Qajar. It is made of sun-dried bricks, mud, and bricks. In its time, the building was a great military fortress. Naseri Castle faces the disability of the Qajar dynasty, at the end of their reign, and the early Pahlavi era. It is known as Doust Mohammad Khan Castle. 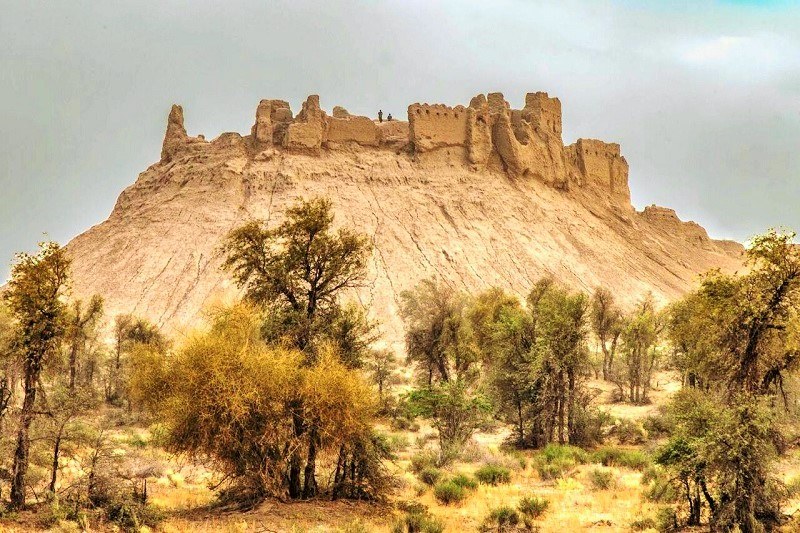 This building dates back to pre-Islam Iran, most probably the Parthian and Sassanian Eras. It is the most famous monument in Sistan and Baluchestan Province. Consisting of two sections of varying heights, this castle has been made of mud and sun-dried bricks.

Espidej Cemetery
This area is 5,000 years old and dates back to ancient times. Iranian National Heritage Organization has also inscribed this site as a national heritage of Iran.

Historical Remnants of Ladizian Culture
Between 1966 and 1967, Gary Hume from the University of Minnesota carried out investigations in Ladiz and Mashkid regions in Baluchistan. As a result, the researchers excavated and found the stone objects of the Paleolithic Age. Hume called these objects the “Ladizian Culture”.

The findings showed that the southeast of Iran in the Paleolithic Age, about 80,000 to 100,000 years ago, was the habitat of human communities. 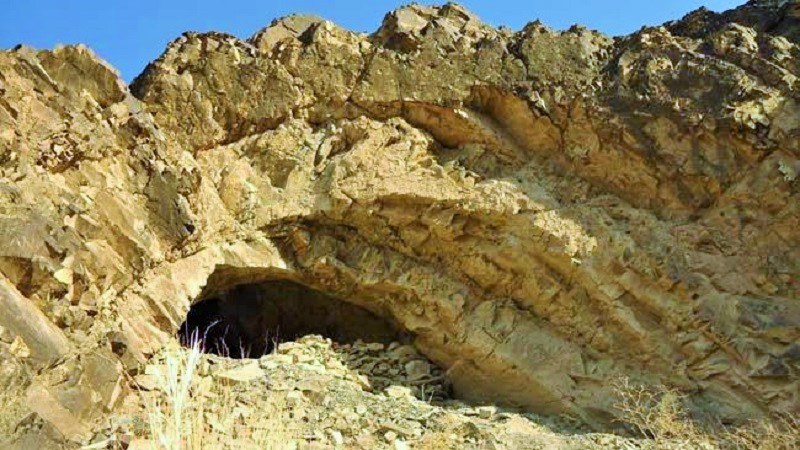 This is a historical site in Lashar District, near Kupech Village. This cave is located in one of the valleys of the Kuchak River, a branch of Kupech River, in the Geravani Mountains, 5 km south of Kupech.

The Natural Attractions of the City 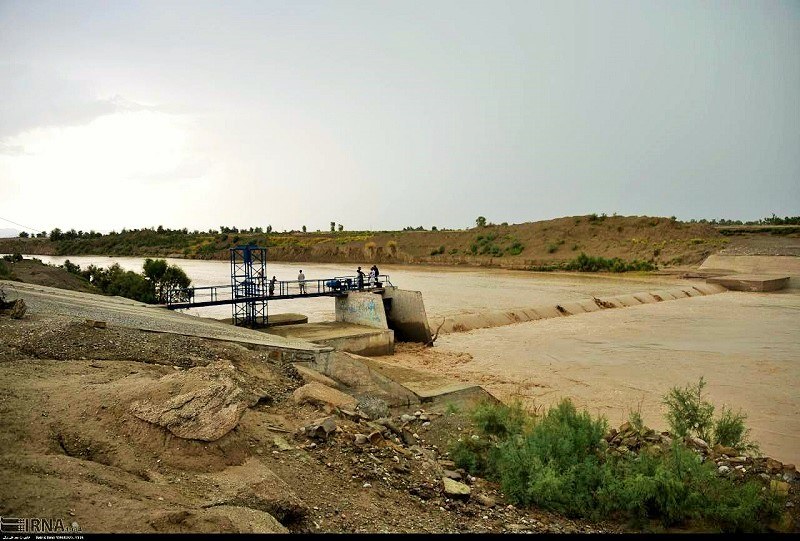 This river originates from the highlands of Karvandar District, located 120 km northeast of Iranshahr. The major branches of the Bampour River are Karvandar, Irandegan, and Daman. After joining each other and irrigating the surrounding villages as well as reaching Bampour Dam, these branches irrigate all the land of Bampour Dam. The rest of the river water flows into the Jazmurian River. 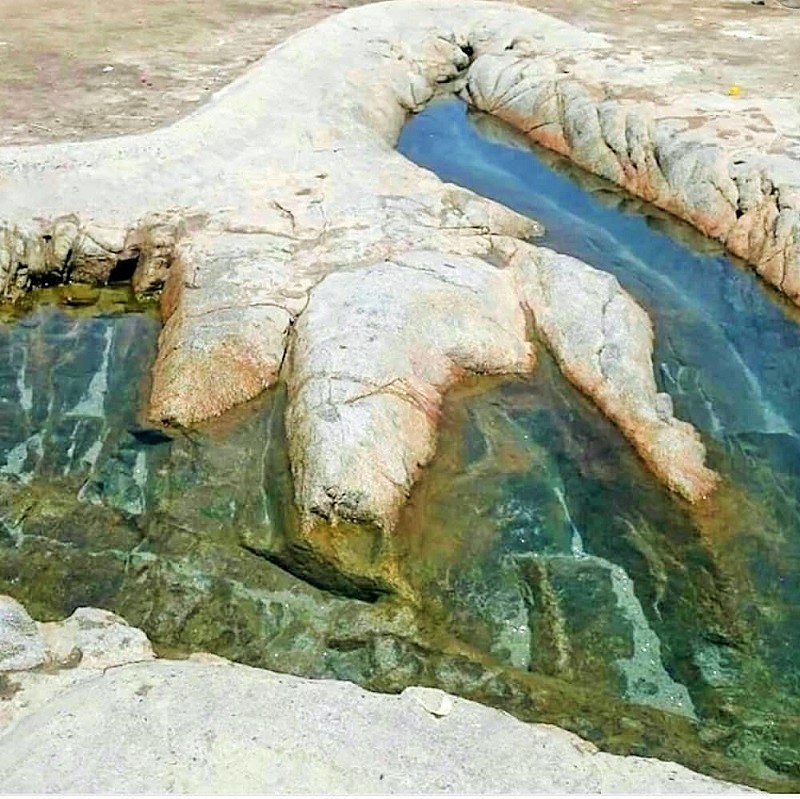 Bazman Hot Spring is located in Bazman Village, 100 km northwest of Iranshahr. The spring emanates from the gap of andesite tuff rocks in the northwest of the village. In the emergence point of the spring, there is a basin where the local people bathe.

Maksan Hot Spring
This area is located 110 km northwest of Iranshahr and 35 km south of Bazman City, along Bazman to Dalgan road and at an altitude of 680 meters above sea level. The emergence point of this spring floats along the fault of the granite rocks, belonging to the first period of geology, on the southern slope of Barez Mountain Range.

Katokan Mineral Spring
This spring is located in the north of Katokan Village and is 27 km away from Iranshahr. The emergence point of the spring is the red limestone rocks. The low temperature of the spring water and its thermal fluctuation in different seasons are subjected to environmental conditions.

The water minerals of this spring are extremely high. The reason for such a high volume of minerals is the quality of the earth and the dissolution of its various internal constituents.

Hudyan Hot Spring
This spring is located on the path of Bazman-Delqan-Hudyan Road, in Sistan and Baluchistan Province. The water of this spring emerges from the gap of volcanic rocks relating to the Quaternary period, and its warming factor is volcanic activity in the underground of this region. In addition to general uses, people use their water in agricultural affairs.

Daman River
It is located 25 km north of Iranshahr and near Chabahar-Zahedan Transit Road. Its spectacular landscape and beautiful attractions have turned it into a natural attraction of Iranshahr. The river has got water all year round.

Iran on the Trade Corridor of the Silk Road