Iran is mainly a semi-arid country where some parts of it have got more water than others. Bodies of water are scattered in different parts of it although the north and south of Iran have got the largest of them all. I should explain a little about the Geography of Iran separately so that you get a better idea about it.

Persian Gulf, the Largest Body of Water in the South

With an area of 232,850 km, the Persian Gulf is situated in the south of Iran. It is almost 900km long from the Strait of Hormoz to Arvand Rud, the border river between Iran and Iraq. Among all Iran bodies of water in Iran, this is the most famous one.

The countries all around the Persian Gulf, except for Iran at its north and east, are Iraq, Kuwait, Saudi Arabia, Qatar, and the United Arab Emirates.

The Persian Gulf is one of the warmest bodies of water in the entire Middle East. During summer, the temperature of the water in this gulf amounts to 65 C.

Storms rarely happen there. During winter, the salt rate gets to 48/1000, which is relatively high. Rocky or coral areas suitable for pearls lie at the bottom of the Persian Gulf. On the continental shelf and deep in the Persian Gulf, there have been deposited huge quantities of oil and gas.

There are several Iranian Islands in the Persian Gulf. The most famous of them all are Hormoz, Khark, Qeshm, Kish, Tonb-e- Kuchak, Tonb-e-Bozorg, and Abumusa.

Oman Sea, another Body of Water in the South

Oman Sea, situated in the south of Iran, is a body of water that connects the Persian Gulf to the Indian Ocean. With an approximate area of 903,000 km, the Oman Sea is surrounded by Iran and Pakistan at the north, the Deccan peninsula at the east, and the Arabia peninsula at the west.

Iran has got small ports at its shorelines with the Oman Sea like Chabahar, Gavater, and Jask.

Since antiquity, the Strait of Hormoz and the Oman Sea have always been strategic waterways. Today, tens of gigantic oil tankers carry oil every day from the countries in the region through this route to different parts of the world.

With an area of approximately 371,000km, the Caspian Sea is the largest body of inland water all over the world, which is situated in the north of Iran.

Its neighboring countries are Iran at the South, Turkmenistan at the SE, Kazakhstan at the NE and north, Russia at the NW, and Azerbaijan at the SW.

The Lakes of Iran

Lakes are other bodies of water in Iran that require to be explored. There are permanent and temporary lakes in Iran depending on the amount of water in them in different seasons.

Located in the NW of Iran, Urmia Lake has got an approximate area of 60,000km. There is slimy ground created around the deltas of this permanent lake attracting many people each summer because of its ooze and related therapeutic qualities. The salt rate of this lake is very high (3/5 of the Dead Sea) and has got %23 minerals. So, no fish or animals could live there.

Located in the West of Iran, Zaribar Lake is a permanent lake with various kinds of fish in it and lots of birds living around it. Water evaporation has helped the environs of the lake grow green.

Qom Lake. Occupying an approximate area of 2,400km, Qom Lake is a seasonal lake located in the south of Tehran. The area and shape of the lake are varied due to the water running into it from salty rivers and rainfall.

It is a seasonal shallow lake in Fars province located at the NW of a town called Neyriz. It is connected, at its north, to another temporary lake called “Tashk Lake”. Both of them contain very salty water.

When it is filled with water, Hamun Lake has got an area of approximately 3,200km in SE of Iran, Sistan, and Baluchestan province. The only river emptying into this seasonal lake is called Hirmand.

This seasonal lake is situated near Shiraz, at its SE. Salt is exploited in a factory at its shore to be used in industries, as the water is very much salty.

This freshwater lake called Parishan is located at the SW of Shiraz in Karun Plain. Fish is farmed there as well.

This temporary lake is located in the north of Arak, Markazy province. From time to time, it gets dried or filled depending on the variable amount of annual rainfall.

There are also some other smaller bodies of water in form of lakes scattered all across Iran. Some of them are in high altitudes. Those are the small bodies of water referred to as lakes by local people.

“Valasht” near Kelardasht in the Caspian region, Sabalan at the top of Mount Sabalan are a few such examples. 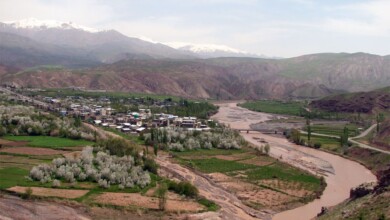 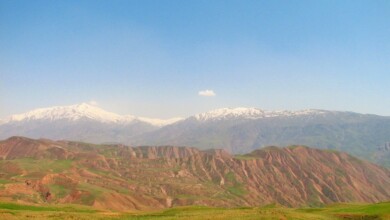 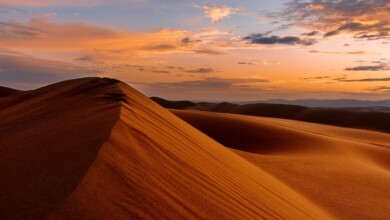 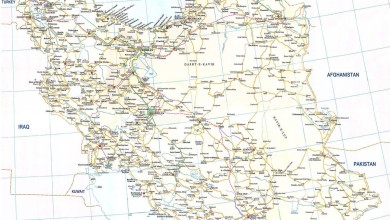