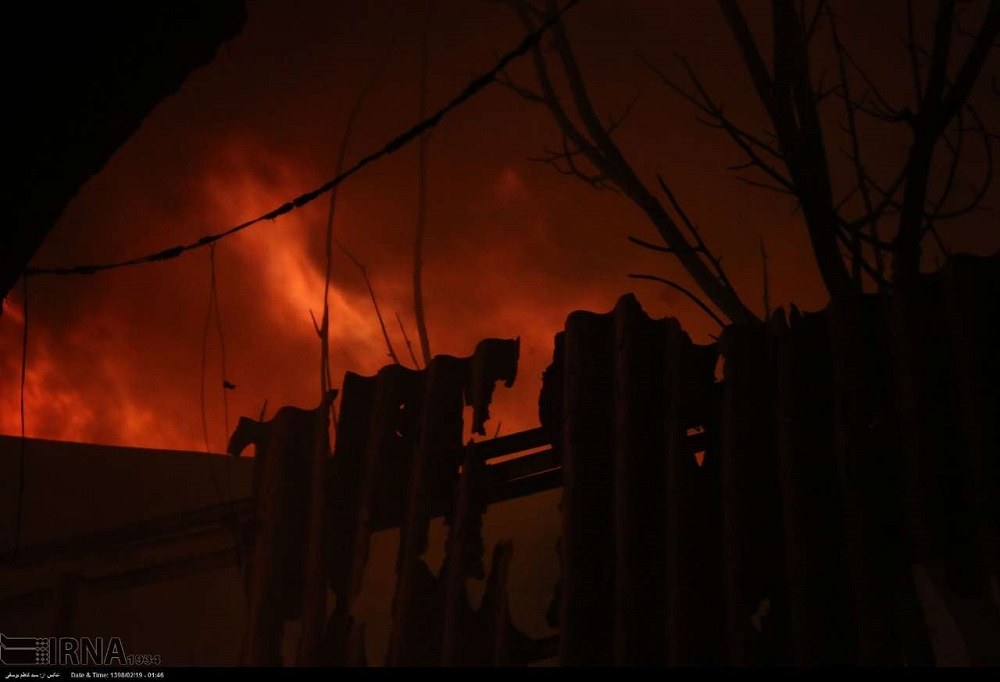 The historic bazaar complex of Tabriz, a UNESCO Site of the 12th century, burned in a fire for 17 hours on Wednesday 8 May 2019. The fire erupted around 9 p.m. The authorities estimate the fire has incurred approximately $1.3 million to this bazaar.

Tabriz Fire Department managed to extinguish the fire after 17 hours. The incident caused slight injuries to 30 people and damaged about 5,500 shops, according to ISNA.

The fire took place in Iki Qapu section of the bazaar. The cause of the fire incident and the exact damages are still under investigation. The main challenge for the fire department was thick smoke, severe heat and the dense crowd of shoppers and bazaar traders according to the spokesperson of Tabriz Fire Department.

The Tabriz Historic Bazaar Complex has seen several fires break-outs over the recent years due to the indifference toward safety measures. 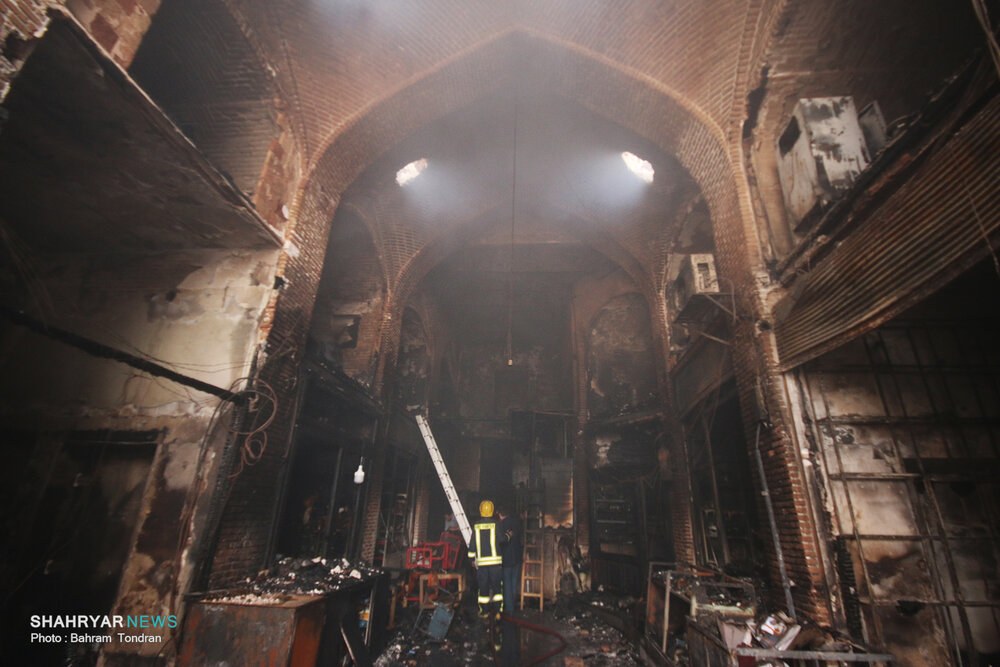 A Brief History of Tabriz Bazaar

Tabriz City has always been a place of cultural exchange since antiquity. Its ancient Bazaar Complex was one of the most significant commercial centers on the Silk Road. The Bazaar of Tabriz was inscribed in the UNESCO World Heritage List in 2010. Long before that, the National Heritage Organization of Iran had also inscribed this bazaar in its national heritage list since 1975.

The Bazaar of Tabriz is located in the center of the city. It is restricted from the east to Ali Qapu (complex of palaces for princes), from the west to Friday Mosque of Tabriz, from the north to some parts of Mehran River, and from the south to Qods Street. The northern part of the Bazaar has gradually lost its importance due to the separation from the entire complex and the transfer of trade to the nearby streets.

The Bazaar is about one square kilometer. This is one of the oldest Bazaar of the Middle East and the largest covered Bazaar in the world. The exact date of construction of this Bazaar is not clear.

There are certain factors that make this bazaar the best example of the concept of mixing business and life in the East. These factors include architectural style, forms of stores, the multiplicity of Timcheh stores and caravansaries, corridors, a variety of occupations and professions as well as the historic schools and mosques.

Tabriz Bazaar used to play a significant role in the region as it was located on the crossroads of the Silk Road. Every day thousands of caravans from Asia, Africa, and Europe crossed Tabriz. Marco Polo, the Venetian traveler, mentioned the name of this Bazaar in his book.

Although there are numerous modern shops and malls nowadays in Tabriz, Tabriz Bazaar is still the economic heart of both the city and northwestern Iran.

Another Devastating Incident in the Past

Three centuries ago and after the historic earthquake of Tabriz in 1779, Najaf Gholi Khan, the governor of Tabriz, reconstructed the Bazaar. Furthermore, in 2000, the National Heritage Organization of Iran began a restoration project of the Bazaar with the full participation of the shop owners.

Tabriz Bazaar has also been a place of political importance. It had a great significance in the Iranian Constitutional Revolution in the last century and the Islamic Revolution in contemporary time.

Despite all that happened here, as the history shows, people of Tabriz will rebuild the destroyed parts of the bazaar. So, try to include Tabriz Bazaar in your tour to Iran.