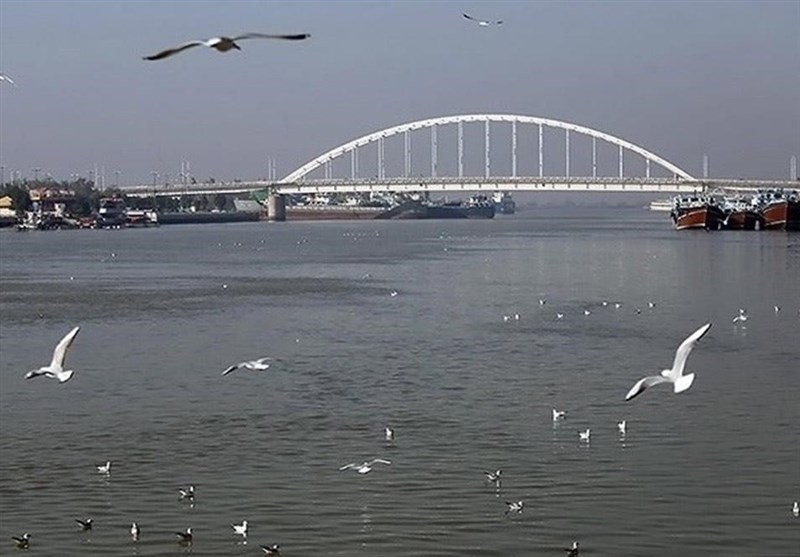 However, this historical city is rich in old monuments and tourist attractions. From the monument of Moein al-Tojar to the Shrine of Ali ibn Mahziar Ahvazi, there are many historical attractions.

As the capital of Khuzestan province, Ahvaz is located in southwestern Iran with an altitude of about 25 meters above sea level. This city is situated among the plains that form a wide area of the province.

Lack of vegetation in these regions leads to a hot and dry climate and puts this city among the hottest regions in Iran. In winter, temperatures drop by 5ᵒC, while in the summer it rises to 50ᵒC.

Karun, the largest river of Iran originating from the Zagros Mountains, passes through Ahvaz and divides this city into western and eastern parts. The western part is mostly a residential area and the eastern part consists of economic and trade centers. Karun is the only navigable river in Iran. There are various dams built on this river to provide electricity and drinkable water for people in this region.

How to Get to Ahvaz?

Today, Ahvaz is an important transit point connecting by road, rail, and air to the major ports of the country such as Abadan, Khorramshahr, Imam Khomeini, and Mahshahr ports. In addition, as Ahvaz is near to Shlamcheh and Chazabah, border markets and terminals of Iran, the traffic of merchandises, passengers and pilgrims from Iran and Iraq affects the city directly.

To be able to explore the natural and historical attractions of Ahwaz, you can reach there in various ways:

The average domestic and international flights to Ahvaz Airport are 70 flights per day. The Ahvaz International Airport has daily direct flights to Tehran, Shiraz and Isfahan, and weekly flights to Dubai, Kuwait, and Mashhad. The airlines such as Iran Air, Sky, Mahan, Caspian, Air Tour, Ata, Oil, Kish Air, Atrak, Qeshmir, Taban and Zagros are also active in this airport.

Ahvaz is accessible via freeways from Isfahan and Shiraz, and roadways to Tehran.

In many cities, there are buses for traveling to Ahvaz. There are also bus terminals in Ahvaz:

Population and Economy of Ahvaz

Ahvaz is the center of Mandaeans ethnoreligious group in Iran, who works mostly in the production of silverware.

As you may know, Iran is famous for its large oil deposits. More than half of this oil exists in Khuzestan province. In addition to oil installations, other large industrial factories have made this city one of the most important industrial centers in Iran.

Ahvaz is also a principal transit route connecting different parts of the country to major ports in Abadan, Khorramshahr, Mahshahr, and Imam Khomeini Port. This connection is made through roads, airways, and railroads.

The name of Ahvaz originates from Khuzi, the name of a race who were indigenous inhabitants of Khuzestan province. They were the descendants of the Elamites.

Ahvaz has currently a prominent position among the big cities of Iran and is one of the tourist attractions of the country. Nevertheless, this ancient city of Iran has got through very challenging periods throughout its history. The result of some of these ups and downs is now the historical attractions of the city.

This city prospered largely since Shapur I, the second king of the Sassanid Empire, made huge progress in rebuilding it on both sides of Karun. The eastern part was a commercial center and the western part as the seat of the governor and the nobles. Arab Invasions in the 7th century AD destroyed the western part.

In the pre-Islam era, Ahvaz was a flourishing town. It was one of the capitals of the Parthian Empire as well as one of the major textile industry centers in the Sassanid period. It had the role of one of the major commerce centers due to being located on the shores of Karun.

In the post-Islam era and after the Zanj Rebellion in the late 9th century, Ahvaz suffered to the extent that the capital of province moved to Shushtar. This tough situation continued until the Safavid period when the city turned into a small village. Moreover, at its worst, it was just a small borough in the 19th century.

However, the opening of Karun to international trade in 1888 changed the scenario. Naser al-Din Shah Qajar made use of this opportunity to boost trade and economy. By his order, a port was built on the eastern side of Karun with the name of Bandar-e Naseri (Naseri port). Following the construction of this port, Ahvaz was renamed Naseriyeh and kept its name until the beginning of the Pahlavi period. Then the ancient name was revived.

During those days, maritime trade with the farthest well-known commercial ports in India, Africa, and the Far East happened. Some years later, caravansaries and markets were also built in the city, which is today Ahwaz tourist attractions. Therefore, after all, it achieved its initial flourishing situation and the capital of the province moved to Ahvaz again.

The primary source of development in this region was maritime trade. Afterward, the beginning of oil exploitation at Masjed-e Solayman in 1908 was a new impetus for development. One of the main oil installations was founded in Ahvaz. The city served as a station for the pipeline to Abadan as well. The next source of development was the construction of the Trans-Iranian railroad that reached the town in 1929.

Having its own story full of difficulties, today, the eastern part of Ahvaz is still the principal heart of the city.

Here’s the list of interesting places to visit inside Ahvaz: 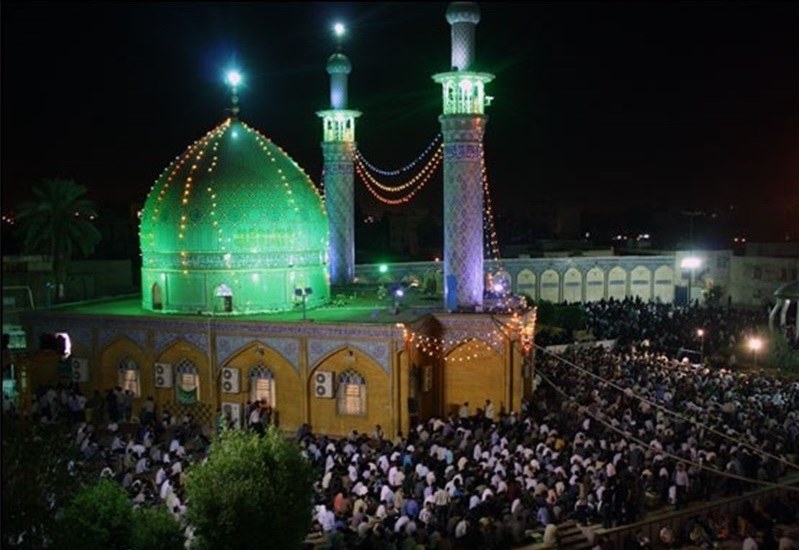 It’s located in the old part of the city. He was a prominent jurisprudence, narrator and scholar of Shia and one of the followers of Imam Reza (the eighth Imam of Muslims). The present building dates back to the 18th century. This place is used for holding religious rituals. 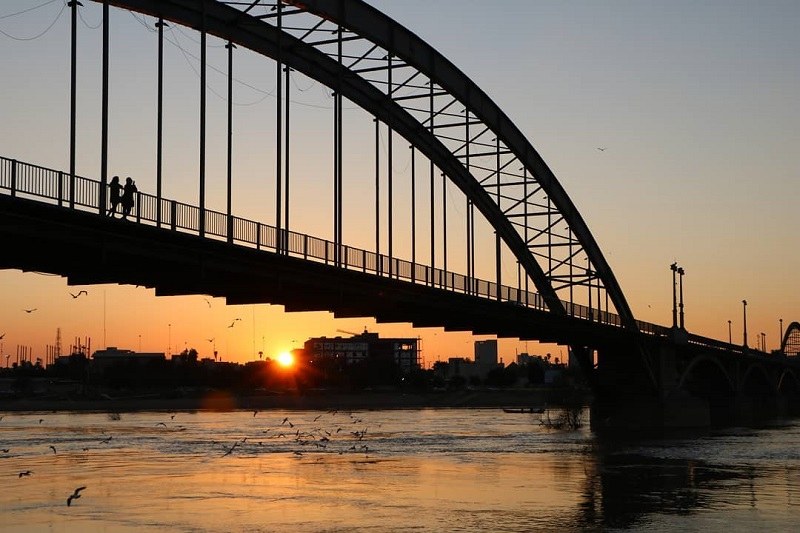 White Bridge, called Pol-e Sefid in Persian, is the symbol of Ahvaz. Construction of this suspended bridge dates back to 1936. 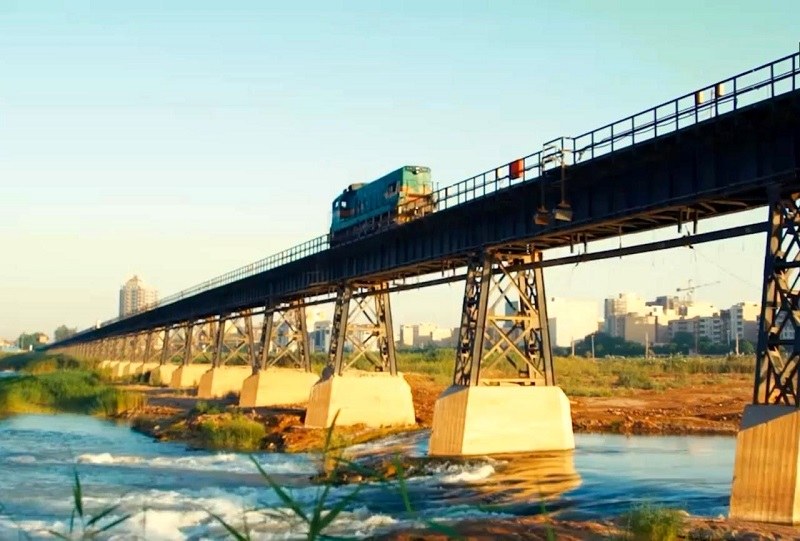 The construction of the first bridge of Ahvaz, later known as the Black Bridge because of the black color of its foundation, Black Bridge, dates back to 1929. The bridge is located on the Karun River with a length of 1050 meters and a width of 6 meters. It is a national heritage site.

Saraye Ajam
Ajam Historical Building was once one of the caravansaries of Sheikh Khazal as well as a bazaar. Currently, this building is a warehouse. Saraye Ajam is a unique building in terms of its architecture. It has a brick structure, carved columns, numerous cellars, pavers, and wooden windows. This historical place is a national heritage site. 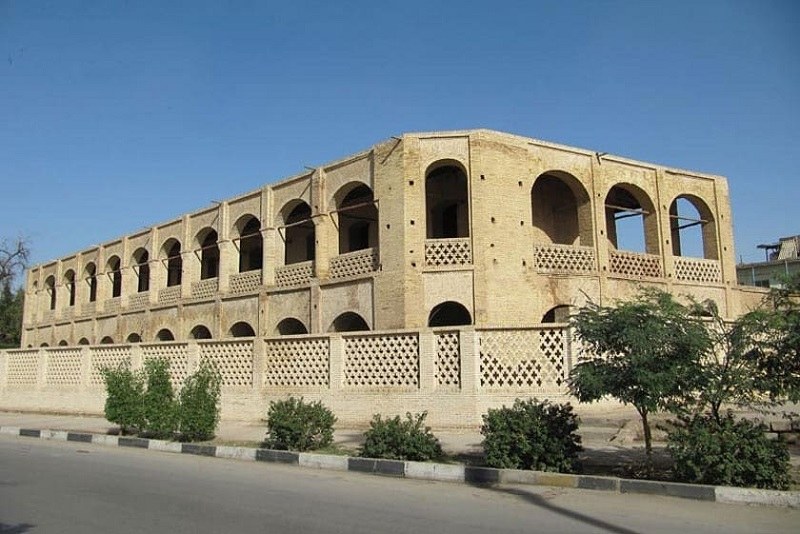 The Moein al-Tojar building remained from the Qajar period. It is located in Ahvaz, 24-meter Street. It is one of the major historical attractions of Ahvaz. It was the caravanserai of the famous merchant Haj Mohammad Taqi Moein al-Tojar. 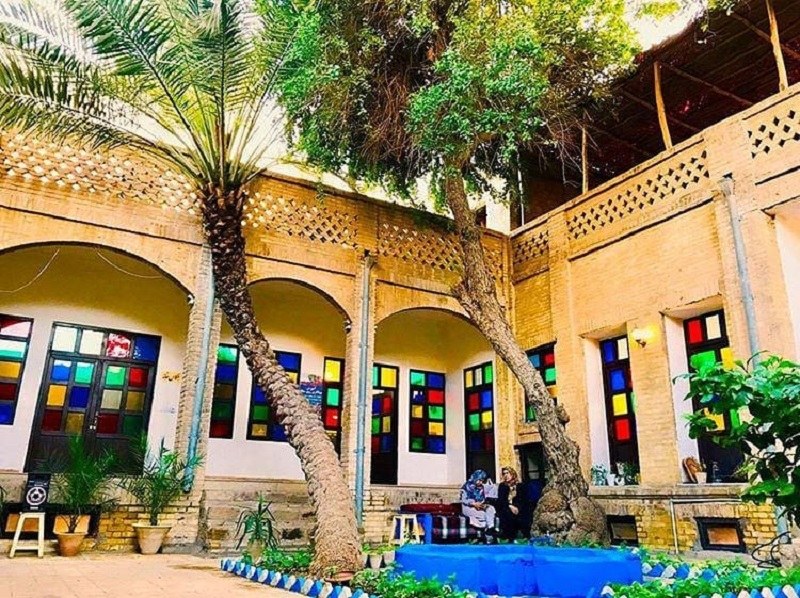 This old house belongs to the first Pahlavi era and is located on Ferdowsi Street. The building has a stone-built underground, two courtyards, and two pools. There are brick ornaments, false arches, and wooden doors. 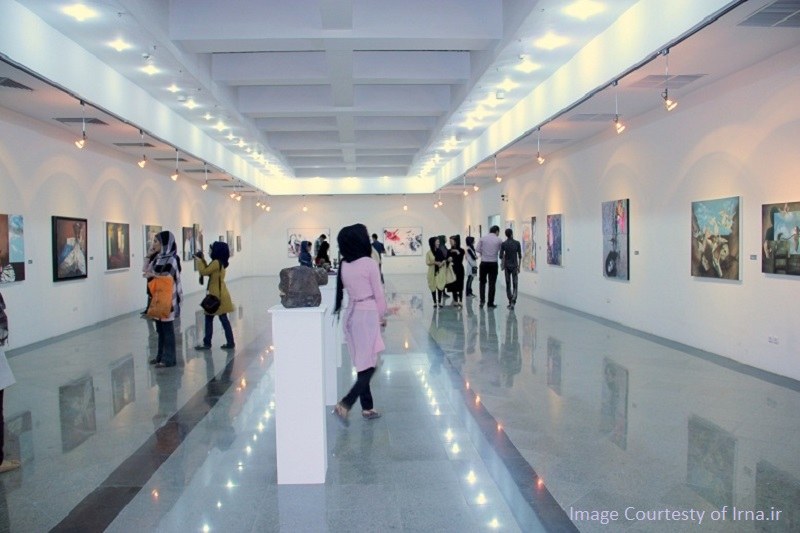 The construction of the Contemporary Art Museum of Ahvaz dates back to 1959. It has 2 floors and 5 galleries.

Here’s a list of the interesting places to visit outside Ahvaz: 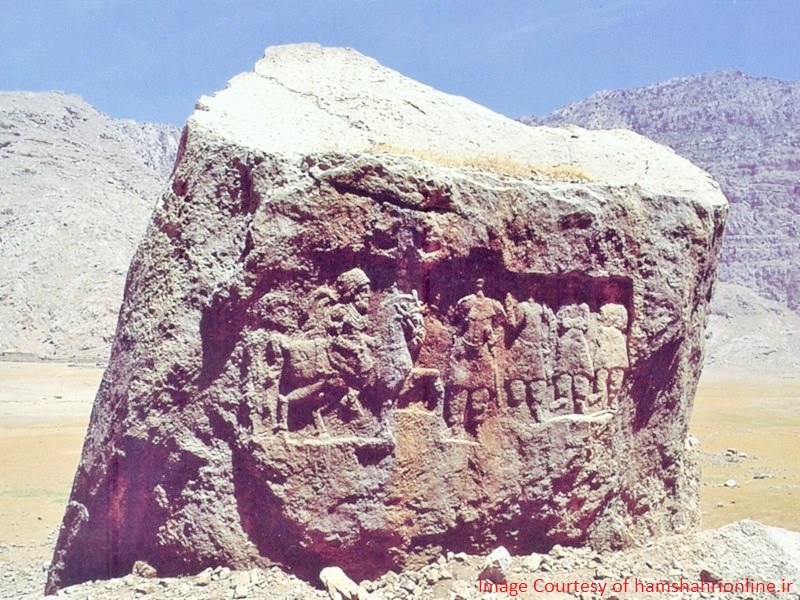 It’s an ancient site near Izeh in which two rock reliefs are found: one is a 4000-year-old Elamite carving and anther one is an 1800-year-old Parthian carving. 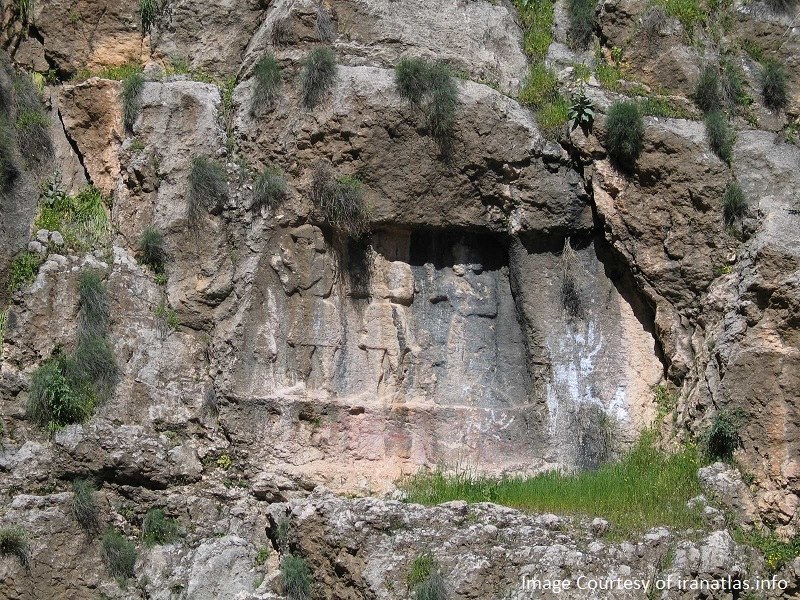 It’s an Elamite temple located at the south of Izeh with four rock reliefs having the largest cuneiform inscription in Neo-Elamite.

Here’s a list of the beautiful places in nature:

Karun River
Karun River is the largest and longest river in Iran, starting from the Zagros range and moving towards the Khuzestan plain. Karun is also the most prosperous and only navigable river in Iran. Karun is considered an important natural attraction of Ahvaz.

Island Park
Island Park is located on the riverside of Karun. The park has a beautiful and pleasant environment. There is also equipment for kids and bikes for adults. The park has very pleasant weather at night. 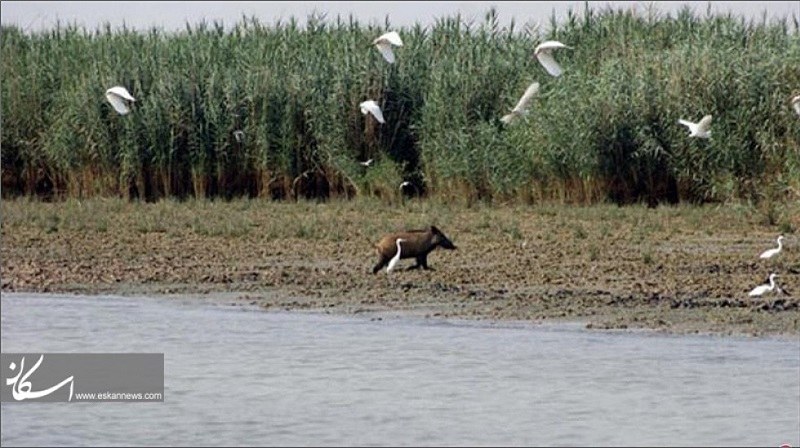 Khuzestan province has many wetlands. Bamdej Wetland is located in 40km northwest Ahvaz. This freshwater source is 4000 hectares. The wetland is located next to Mazra’eh villages making an interesting natural attraction for Ahvaz visitors.