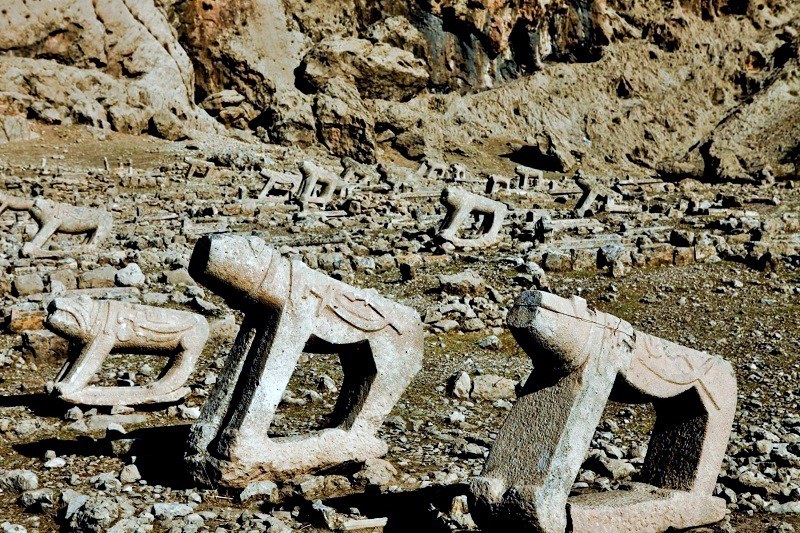 To learn about the natural historical landscape of Izeh, You should learn about this city first. Izeh is located in the Khuzestan Province of Iran. It is one of the main cities of Iran populated with a large number of Bakhtiari tribespeople. According to archaeological researches, the city dates back to the Elamite era. Izeh is also known as the capital of the Bakhtiari Tribe.

It was also the capital of the Atabakan Government. In addition, it has attracted the attention of kings and dignitaries of the past due to its special geographical and political status.

Therefore, the above factors have contributed to the formation of the natural historical landscape of Izeh, which we will look into further.

The Monuments in the Natural Historical Landscape of Izeh

There are many monuments that remained from the Elamite period in Izeh. These monuments are divided into two categories: Ancient Elam and New Elam.

Shahsavar Relief
This ancient site is located on the outskirts of Izeh. In this ancient area, there is a relief dating back to the 20th century BC (Ancient Elam Era). This relief depicts a scene of Bara’am, an Elamite king. Next to this relief, there is a cemetery called Shahsavar. In the cemetery, there are graves with stone lions of Bakhtiari area.

This monument is located 12 kilometers north of Izeh and near Miangaran Lake. This relief depicts the government of Elam. It forms a major historical landscape of Izeh.

This area is located 7 kilometers northeast of Izeh. People used this monument as an open temple in the New Elam Era.

In addition, we can see six relieves with Elamite inscriptions (in the cuneiform script) in this area. Each text provides valuable historical information. In these reliefs, we can see Elamite traditions and religious customs.

This historical monument is a gorge located in Mount Elahak in the southwest of Izeh. You can discover a good example of the natural historical landscape of Izeh here. There are four relieves in this gorge that all refer to the royal family and the Elamite gods.

Khunag-e Yarali Vand
This is an ancient monument located 3 kilometers from Khunag-e Azhdar District. The monument shows the relief of two persons in a ritual.

Khunag-e Kamalvand
This monument is located 2 kilometers north of Izeh. There is an Elamite inscription on it where there is the relief of a king depicted along with the high-ranking officials.

Kazhdomak Castle
The castle was abandoned probably during Ardashir, the Sassanid king. Izeh was one of the most populous cities in the Sassanid period.

Shami Graveyard
This graveyard dates back to the Parthian period. It is located in Pian Rural, Izeh, 21 km away from Izeh. 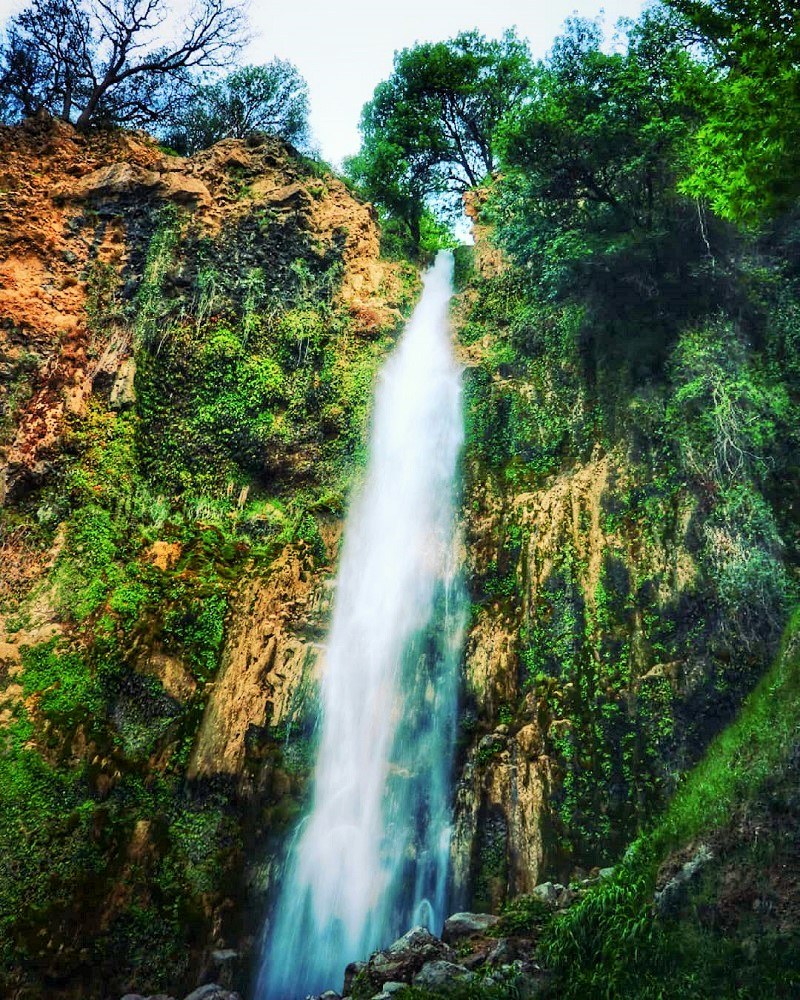 Shivand waterfall (the highest waterfall in Khuzestan) is among the attractions of this village. The height of this waterfall is about 90 meters and flows through the mountains of Mongasht. Here are the monuments forming the natural historical landscape of Izeh near this village: 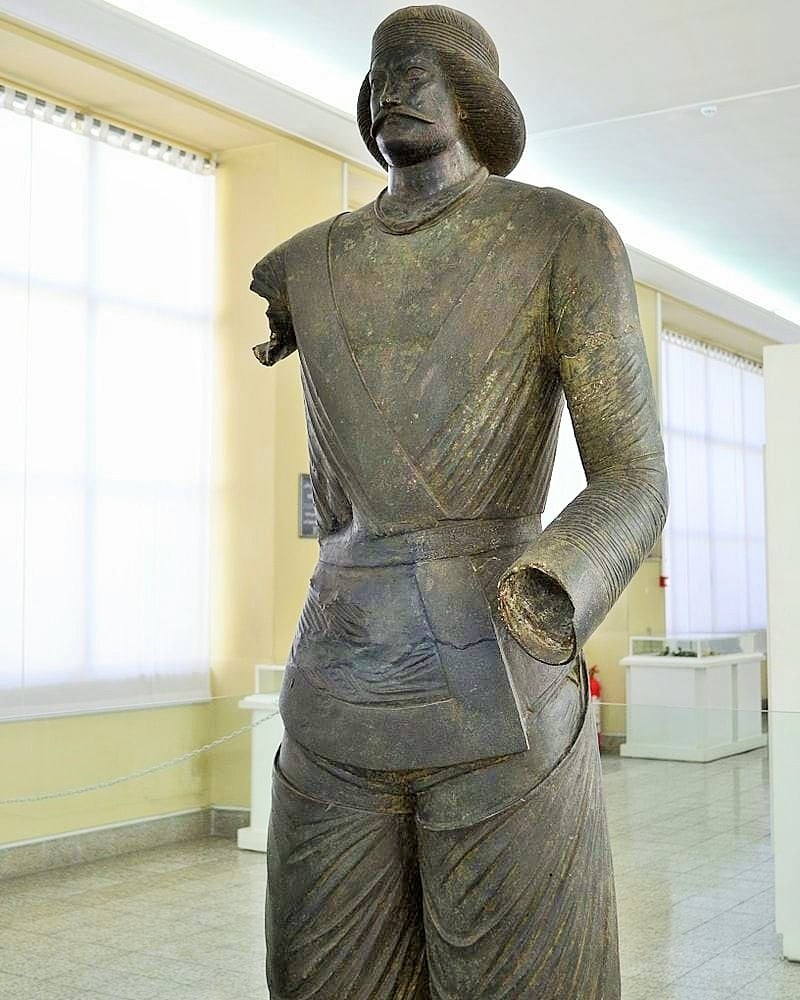 The statue of Parthian Noble Man or Shami man is one of the major remains of Parthian art. The statue is preserved in the National Museum of Iran and is made of hollow bronze. The archeologists attribute this statue to Surena, the well-known Parthian leader. The researchers found this statue in Shami Village in Izeh City.

This monument dates back to the Ilkhanid and Timurid periods. It is an inscribed national heritage of Iran. The castle has an area of about 25,000 to 30,000 meters. So far, the archeologists have found four corners of the monument with some walls and three rooms in good condition during their excavations.

It was originally a caravansary and then changed into the stables for the horses of Khans. It is now located in the residential and commercial parts of Izeh.

Papila Bridge
The Sassanid Papila Bridge is located near Sheikh Village in the Susan section of Izeh, Khuzestan Province. The bridge is an ancient road that remained from the Sassanid era. Furthermore, it connects the two sides of the Karun River. Today, only its massive stone bases have remained.

Elamite kings were very interested in urbanization. They also paid great attention to recording important events on the rock. We can say that the inscriptions were a common tradition of kings in the Elamite period. Following are similar examples of Elamite art compared to the monuments of Izeh city.

Choqa Zanbil Ziggurat
It is a UNESCO World Heritage Site. Choqa Zanbil is located in Khuzestan Province, southeast of the ancient city of Susa. Untash-Napirisha, king of Elam during the Middle Elamite period, constructed Choqa Zanbil around 1250 BC to worship the guardian god of Susa.

The invasion of Ashurbanipal destroyed this monument as well as Elamite Civilization. Then, it was abandoned for more than two thousand years until the archeologists found it under the ground during some excavations in the 20th century.

Here we introduce some of the Elamite objects excavated recently: