Hara Biosphere Reserve is located between Mehran and Gavarzin river deltas in Qeshm Island, Iran. This area covers all parts of Toreh Khuran Region. Toreh Khuran is a branch of Laft and Khamir estuaries to the main branch. The area is located in the delta of Mehran River in southern Iran and registered in UNESCO’s list.

Hara is a plant of the Verbenaceae plant family. The seed of Hara (Mangrove) grows on the mother tree and gives birth to seedlings. Then, the seed detaches from the tree and falls into the marsh. The mangrove forest forms on the sea and saltwater and this adaptation to the saltwater and hard conditions have made Mangroves exceptional plants. 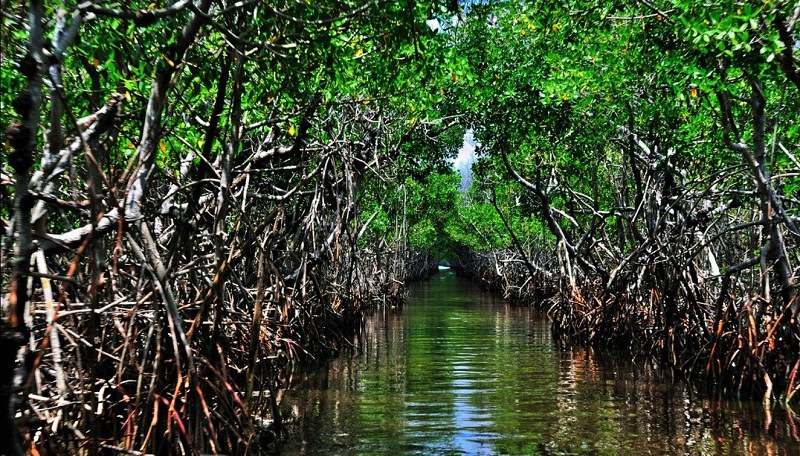 Hara protected area and Khur-e Khuran International Wetland are a complex of mangrove coastal lush forests. In addition, these trees are located around Qeshm Island, Bandar-e Pol, Hormoz Island, and Bandar Khamir in Hormozgan Province of Iran. With waterways, beautiful birds, and pristine nature, this area is a major tourist attraction of Hormozgan Province. The northwestern mangrove complex of Qeshm is recognized as a Hara biosphere reserve because of its international importance.

Only a very small amount of salt necessary for cell function can enter the plant and be stored in leaf cells. Leaves that have absorbed too much salt fall off and thereby the excess salt excretes. Another mechanism of salt excretion is the glands beneath the leaves.

In order to get an idea of the wide extent of mangroves’ in Iran, check out the approximate size of each area of them:

It was in the same year that Iran considered the Hara region as a national park. Finally, in the third phase, the Hara area joined the Man and the Biosphere Program (MAB) in 1977.

In 1982, due to a lack of proper maintenance, Man and the Biosphere Program removed the area from the list. Then, it was returned to the protected area level.

The area comprises 40 villages, 13 of which are located on the southern border of Hara Biosphere Reserve and others are in the north. The local population is mainly engaged in commerce. Other activities in the area include palm field activities, animal husbandry, fishing, and shipbuilding activities. The lack of freshwater and the influx of saline water prevents agricultural activities near the coast.

Laft Village is an old area of Hara Biosphere Reserve. It has also close relation with the history of Qeshm Island. Historical monuments of this village including Naderi Castle, Old Howzcheh (small pool), and traditional architecture of the area show the age of the village.

The Flora of Hara Area 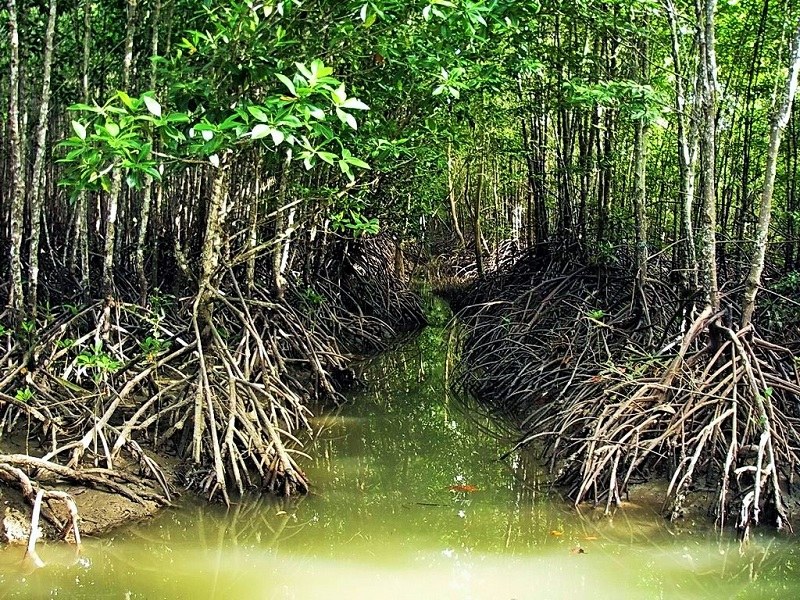 The vegetation of this area is mainly covered by halophyte plants. These plants grow in coastal areas extended to the flow part of the region. Furthermore, the vegetation is mainly composed of several halophyte species belonging to Chenopodiaceae (Spinach) and Tamaricaceaeb bushes family.

A mangrove is a plant in the form of shrubs or trees with variable sizes of 3 to 6 meters. This plant has bright green foliage. A large group of these abundant trees forms a dense area. The interwoven branches make inner parts almost inaccessible.

The main root of the mangrove is very short, but it has many subsidiary long roots. These roots extend to the surface layer of soil. The vertical filaments of about 20 to 30 cm long, called pneumatophore, emerge from these roots and the soil surface. Pneumatophores or aerial roots perform ventilation and respiration of the roots in flooding and anaerobe conditions.

The leaves of mangrove trees are permanently green. That is why they are known as the evergreen. The mangrove tree blooms in May. Its yellow flowers look very beautiful with the background of foliage. Mangrove seed germinates on the tree and then detaches from the mother base, immerges into the muds bellow the trees, and finally produces new seedlings.

The mangrove forest is a unique ecosystem located directly in the tidal zone. The southern Iranian forests are mainly composed of a species called Avicenna Marina. The plant is derived from the name of a famous Iranian scientist, Avicenna.

Mangrove covers most of the Southeast Asian forests. Daily tidal changes are a major determinant of mangrove ecosystem formation. However, the (vegetative) composition of the forest is very homogeneous. Despite the low plant diversity, it provides a habitat for very diverse animals.

Alongside these kinds of animals, there are also a large group of migratory birds and a few species of mammals in the area. Some organisms play important roles in the marine food chain, and others have a close relationship with birds in terms of food.

Mangrove forests host a variety of seabirds that feed on muddy areas (around trees) during the backwater. In fact, each bird species is well adapted to feed on a particular organism living in a certain depth of saline water or mud. 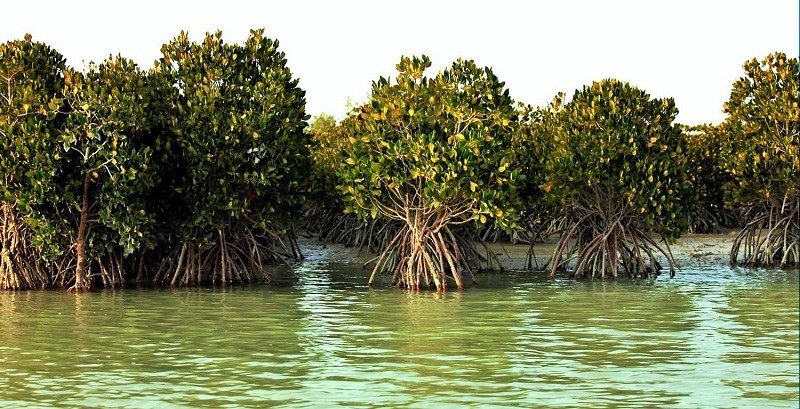 For restoring Hara forests, the experts have performed activities such as rebuilding and creating habitat. These activities have changed a destroyed system into a dynamic alternative system. Identification of susceptible and regenerated areas and restoration of Hara forests is carried out with the following objectives:

These activities are carrying out on Qeshm Island of Hormozgan Province with the participation of people, NGOs, and other organizations in the Nayband National Park. With the participation of South Pars and local people, they have conducted joint activities in Haleh City of Bushehr Province. The researchers have also conducted a feasibility study of 7 million seedlings on the banks of Bahmanshir River, in Khuzestan Province.

All of the Mangrove forests of Iran are categorized as one of the important marine sensitive areas of Iran for having one of the following reasons:

Socio-economic development around mangrove forests is only possible through respect to bio-privacy.

We can find the mangrove shrubs on the coasts and marshes of Egypt, Saudi Arabia, and the southern coasts of Iran. Mangrove is called “Hara” in Bandar Abbas City, “Tamr” in Baluchistan Province, and “Tol” in some other place. The Arabs call it “Shuri” and “Shureh”.

A Brief Journey in the Natural Historical Landscape of Izeh