Among various natural attractions in Iran, caves are one of the most fascinating phenomena. Also, Ali Sadr cave has got a nation-wide reputation in Iran. There are several caves in Iran in different geographical locations and climates. Therefore, you can explore at least one of them in a season.

Ali Sadr Cave is located 75 kilometers northwest of Hamedan, in Kabudarahang City, near the Ali Sadr Village. It takes less than an hour to reach the cave from Hamedan City. The cave is the third natural attraction inscribed in the natural heritage list of Iran. 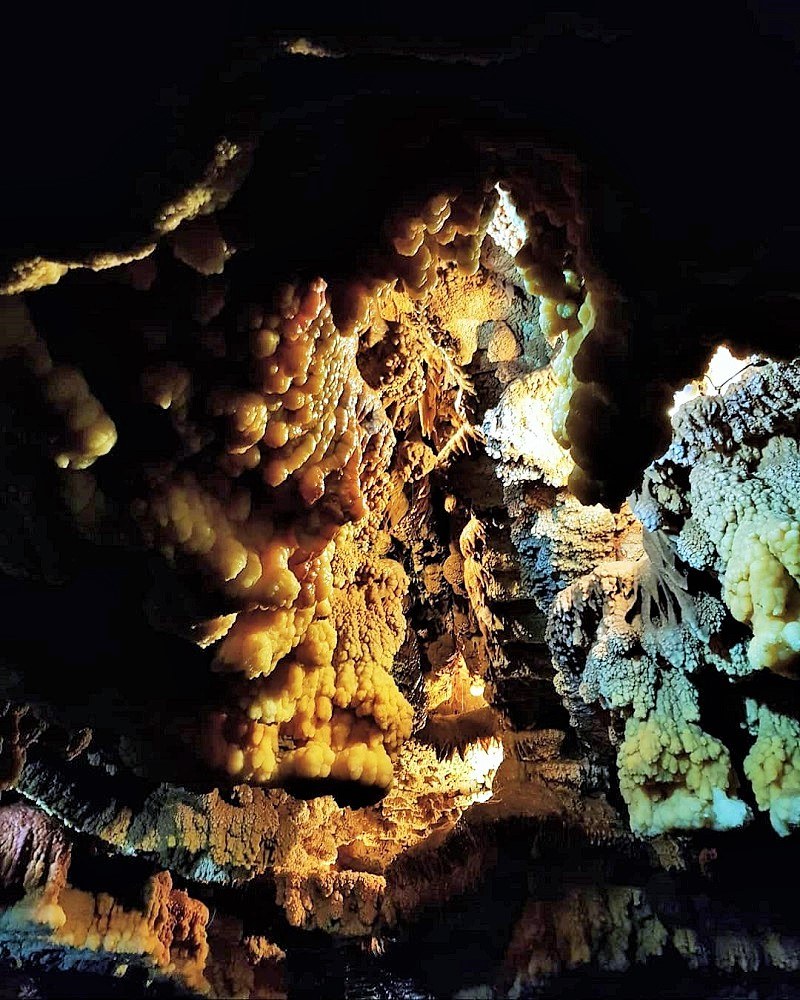 Geologists attribute the age of Ali Sadr Cave to the second geological era of the Jurassic period (136 – 190 million years ago). The elevation of Ali Sadr cave is 2180 meters above sea level. The average annual rainfall is 300 mm. Therefore, the local people used a part of the cave as a dam for water storage during the past hundred years.

Ali Sadr cave appears to be the result of volcanic interactions in the west of the Ali Sadr Mountains. Ali Sadr Cave consists of passageways, corridors, and winding halls. There are various calcareous and schist compounds in each corridor.

On the walls of the cave, there are alternating chains of schists and sandstones. There is also a range of calcareous compounds. In addition, some areas have beautiful calcareous crystals.

The angle of the position of layers in the cave and its adjacent areas is about 40 to 45 degrees. Some of its underground cavities are up to 40 meters long. The depth of the lake of the cave varies from half to fourteen meters. Its waterways are wide and visitors can go through it by boat.

Ali Sadr is the largest water cave in the world where it is possible to sailing. In addition, the water in the lake is deep and clear. Different forms of stalagmite and stalactite are visible on the cave walls. This cave has got a lot of potential for tourism.

The area where the cave is located has a mountainous and relatively cold climate. Due to the large temperature difference outside and inside the cave, we recommend you to visit the cave in summer. However, it is also possible to visit it in other seasons. About 60 years ago, Iranians prepared the cave for the public to visit.

Comparison with Other Caves inside Iran

We will introduce similar caves inside Iran here:

The experts have not discovered the cave completely yet. However, it is one of the famous caves in Iran. They estimate the age of the cave about 120 million years. They have found the human skeleton and structures of clay and stone in the cave.

So far, three floors of this unique cave have been discovered. However, geologists believed that it consists of seven floors. Katale Khor Cave is the world’s first limestone cave.

The cave is located 165 kilometers south of Zanjan City. Its distance from the city is 144 kilometers, about 2 hours. You can take Zanjan-Soltanieh and Hamedan-Kabudarahang routes to reach the cave. This cave is located in Chaharmahal-o-Bakhtiari Province of Iran. In the hottest season of the year, there is snow beside the cave. It is also the largest freshwater source in Iran. Beneath the ice, there is a very clear river leading to the Koohrang Dam. The cave is 113 km from Shahrekord, about 2 hours. 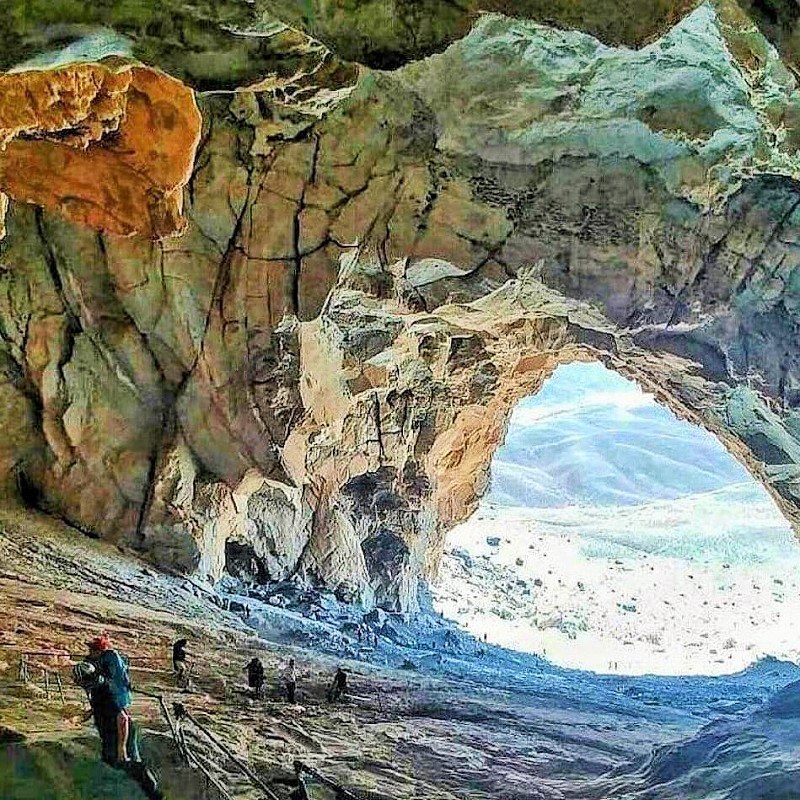 This cave is located in Kerman Province. The large opening, with a height of 80 meters and a length of 60 meters, is the major feature of the cave. It is the largest igneous cave in Iran. There are also traces that remained from the Parthian period. The cave is 186 km away from Sirjan, 180 km away from Yazd, and 296 km away from Kerman. 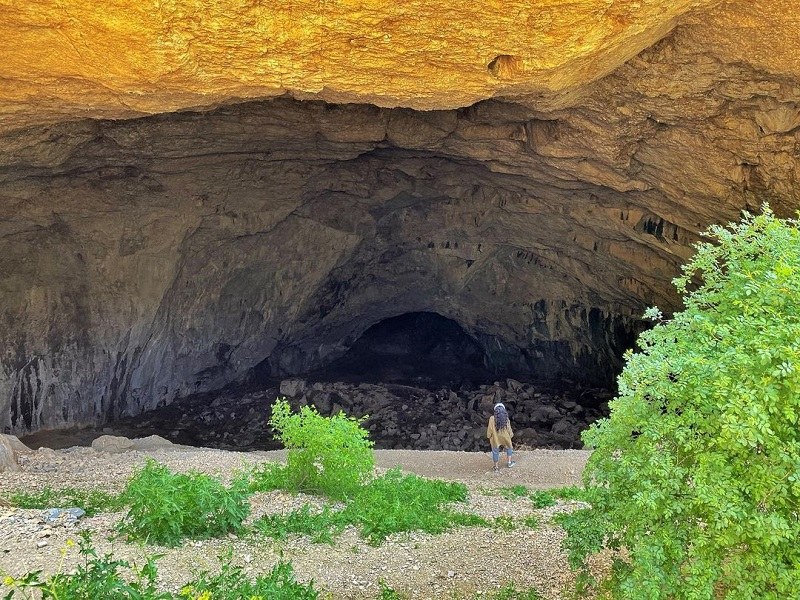 This cave is located in the Firoozkooh City of Tehran Province. We recommend the visit of this cave to professionals. Its entrance opening is approximately 20 meters. Entering it requires special equipment. The cave is located in West Azerbaijan Province. It is also the second-largest water cave in Iran after Ali Sadr Cave. The cave has two openings. Its temperature is always between 10°C and 13°C. This cave is located 43 kilometers southeast of Mahabad City. 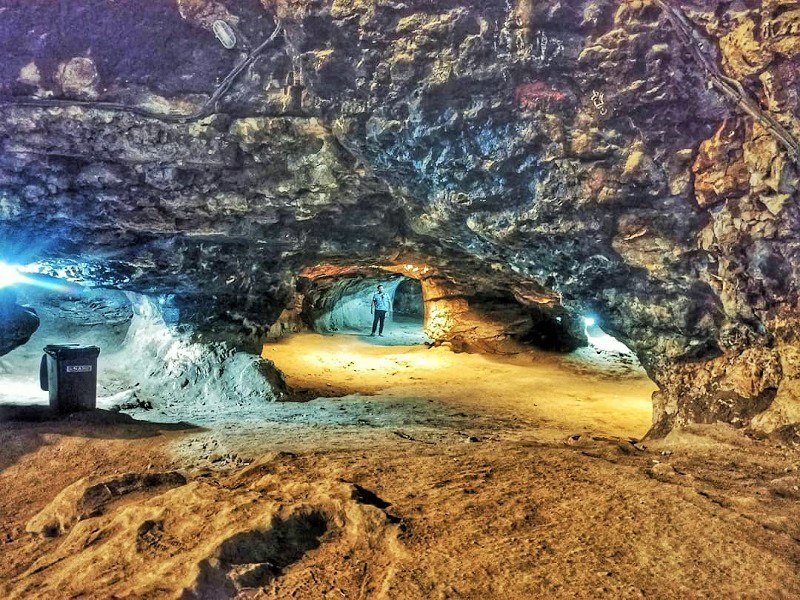 The cave is located 70 kilometers northwest of Divandareh City in Kurdistan Province. Karaftu limestone cave had been formed during the third geological period. It is one of the Troglodyte caves in Iran.

In ancient times, the cave was the residence of human beings. Therefore, there are changes in its natural shape like the construction of rooms, corridors, and hallways. Inside the cave, there is a Greek inscription, which probably belongs to the Seleucids era. 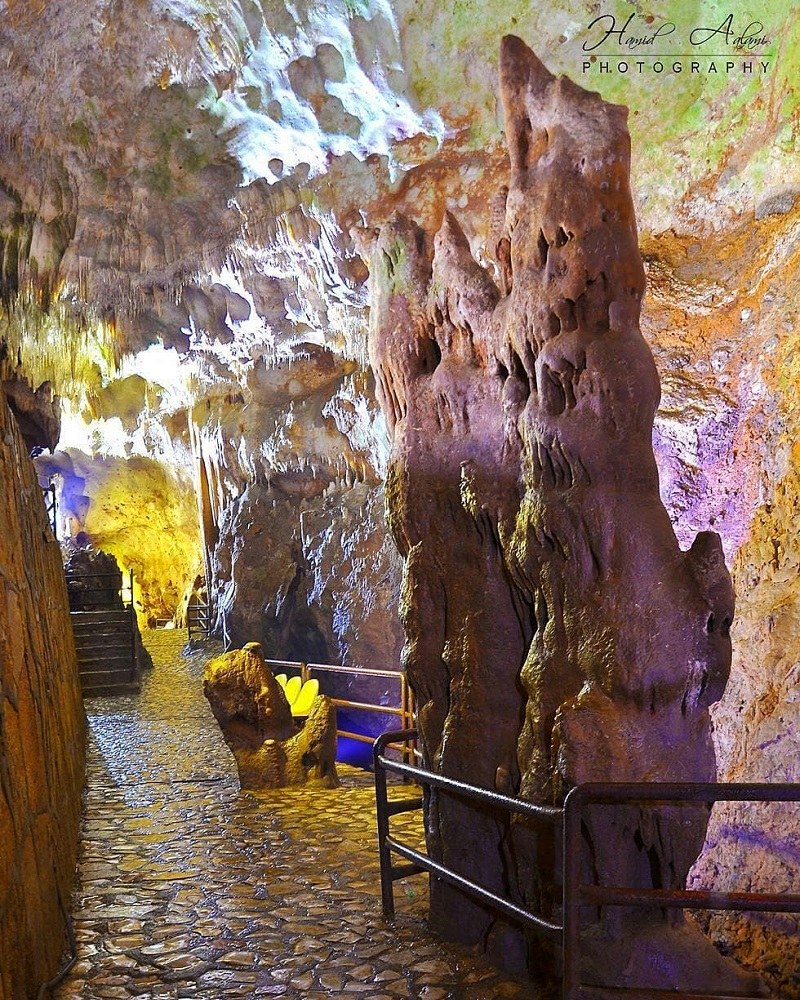 It is the longest cave in Iran and the largest water cave in Asia. Its temperature varies between 7°C and 11°C. Many vertebrates live in this cave. It is 65 million years old. Quri Qaleh Cave is located in Kermanshah Province.

In the Sassanid era, there was a teapot-shaped castle near it and that is why it is famous for Quri Qaleh, which means Teapot Cave. In addition, a rare kind of bat lives in this cave today. 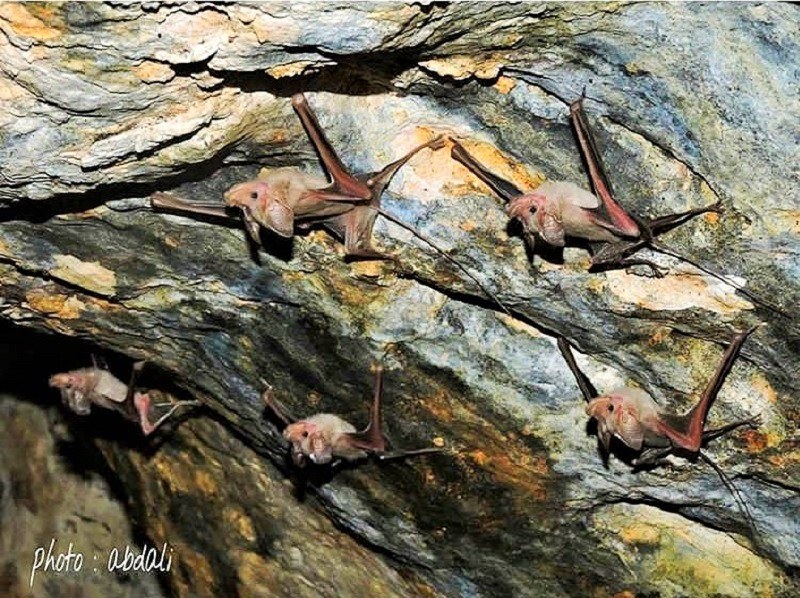 The word Khofash means bat in Persian. This cave is the residence of millions of bats. This cave is located in Ilam province and is one kilometer away from Dehloran hot spring. 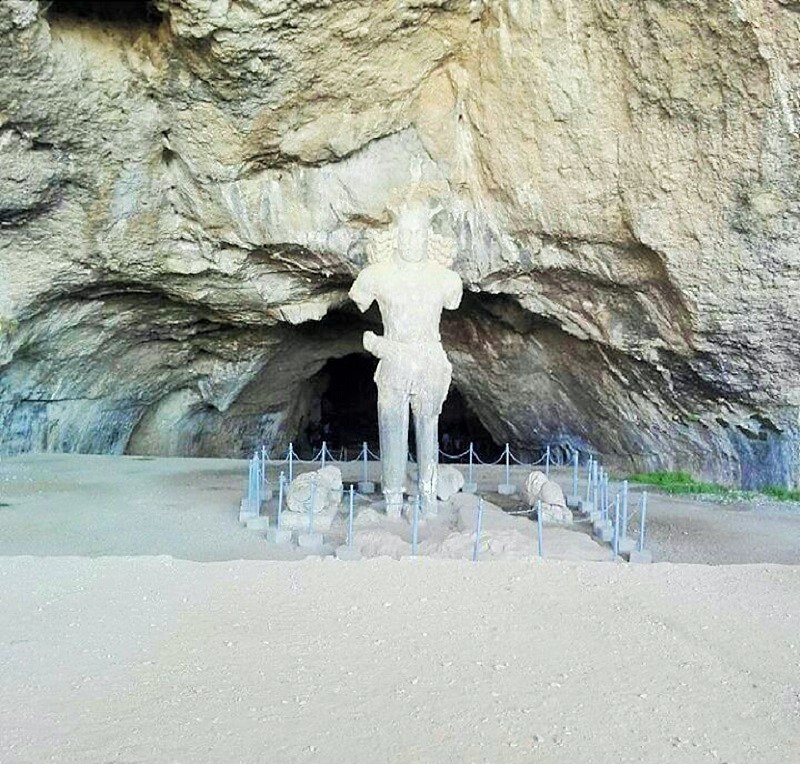 This cave is located in Kazeroon City, Fars Province. The 6-meter-long statue of Shapur I, the second king of the Sasanian Empire, is placed in this cave. The cave is 30 meters long and 15 meters high.

Comparison with Other Caves outside Iran

We will introduce similar caves outside Iran that are similar to Ali Sadr cave:

Jeita Grotto in Lebanon
The cave is located in the northern part of Beirut City. It is situated at the depth of 2 kilometers below the mountain and has a length of 6 kilometers. This cave is made of limestone and consists of two separate parts. The upper cave and the lower cave are interconnected.

Son Doong Cave
This cave is located in Vietnam. It is the largest cave in the world with over 20 meters in width and 150 meters in height. Local people discovered the cave about the last decade of the 20th century. However, it is between 400 and 450 million years old.

A Brief Journey in the Natural Historical Landscape of Izeh