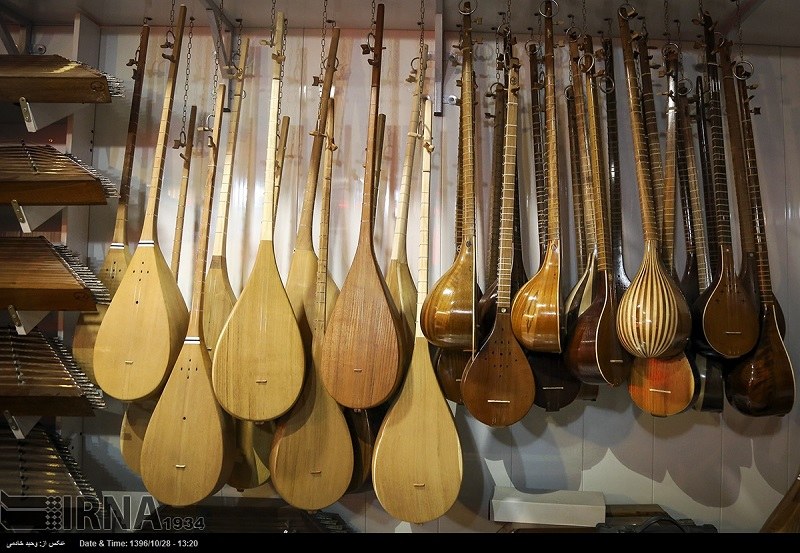 UNESCO has inscribed the traditional skills of crafting and playing Dotar in Iran as the 14th intangible heritage of Iran. Dotar is one of the ancient Iranian instruments. Much of the geography of Iran has become accustomed to the music played by Dotar. This is an internal instrument. That means people play it indoors and in peace.

Iranians have crafted and played the Persian Dotar for centuries in a vast area. It is also one of the contemporary Iranian musical instruments. The purpose of playing Dotar in Iran is to convey the valuable cultural concepts of Iran to others by music.

The global inscribing of Dotar in UNESCO’s list aims for further friendship, peace, and respect. This instrument demonstrates its cultural diversity and human creativity among different groups of people. Quite a diverse range of ethnic groups of different languages play Dotar in Iran.

Introduction to the Crafting Skills of Iranian Dotar 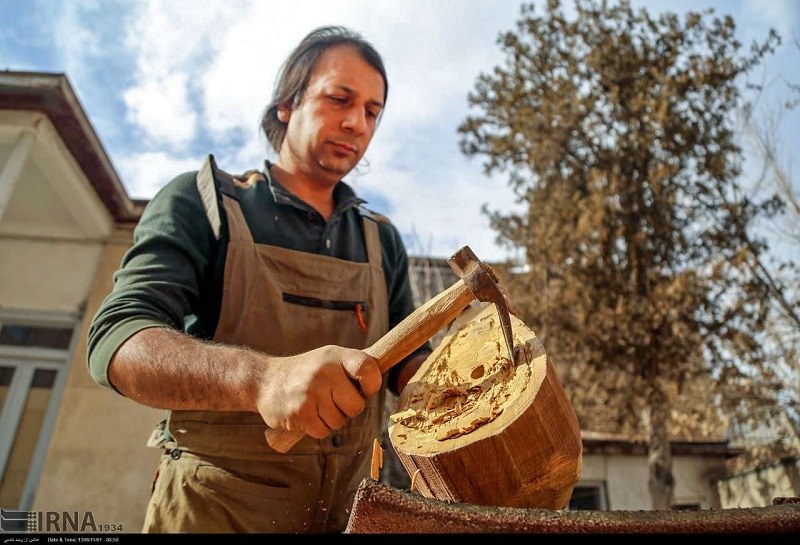 This instrument is one of the plucked string instruments. It has two strings. During music playing, the player plunk with nails instead of a plectrum.

Dotar has a pear-shaped belly and a relatively long neck. There are about 17 to 20 Dastans (segmentations) on the hand. Some local Dotars in southern Iran have no Dastan (segmentation). The surface of the soundbox is made of wood. Its strings are tuned at different intervals.

The length of the neck is about 60 cm. The whole instrument is about one meter long. Iranians often play Dotar in local and regional music, especially in southern Iran and in Rastak performances in northern Khorasan Province.

Iranians tune Dotar at an interval of four or five pitches. There are slightly different ways of tuning according to the areas.

Geographically, the north of Khorasan encompasses various cities. This geographical range has made the music of this area multicultural. Therefore, in the cultures of the Turkic, Kurdish and Turkmen ethnicities living in these lands, the traditional skills of crafting and playing Iranian Dotar are prevalent.

In the culture of northern Khorasan, musicians have always played legendary, romantic and epic narrations in ensemble sessions together with Dotar.

In this area, certain people narrate ancient stories while playing Dotar. These people are famous as “Bakhshi”. In northern Khorasan, there are many people who speak the Turkish language. Thus, much of the poetry and the narration are sung in Turkish while playing Dotar.

The traditional skills of crafting and playing Dotar in Iran are a major part of the oral culture of north Khorasan music in Iran. This instrument has been so impressive that it has influenced the people of the central plateau of Iran. Apparently, the Turkmen Dotar played by some Iranian ethnic groups is older than the Khorasani Dotar.

This instrument has played a major role in the local customs of Iranians throughout history. The inhabitants of small villages and towns congregated to listen to the music of the Bakhshis.

In the past, luthiers of Iranian Dotar used silk to make the instrument’s string. In north Khorasan, the sizes of Dotar do not follow a certain standard. The current Dotars have eleven and sometimes twelve major seconds.

Its major seconds are not very precise at semitone intervals and there are no shorter intervals than a semitone.

The Territories for Playing Iranian Dotar

Different Types of Dotar in Iran

There are slight differences in the shape and manner of playing this instrument in various areas of Iran. Here is the regional classification of Dotar:

There are other nations similar to those who playing Dotar in Iran. We can find similar instruments in Central Asia, the Middle East, and the northeast of China.

The instrument dates back probably to “Khorasani Tanbour”. Farabi, renowned philosopher and jurist of the 16th century, described its form in his book entitled al-Musiqi al-Khobar.

Required Materials to Craft a Dotar

Luthiers use two different types of wood in the making of the body of this instrument in the traditional crafting of Dotar in Iran. The pear-shaped part is made of blackberry wood. The neck is made of the wood of apricot or walnut trees.

In the past, the strings were made of animal gut. However, they are made of nylon or steel wires today. Steel wires are more resistant and cheaper.

The technique and skill of playing Dotar in Iran is compound. It means the player used to pull the strings without using the plectrum, followed by the upward and downward movements of the hand. Almost all of the fingers are involved in playing Dotar.

Melodies and Maqams are divided into two parts, the vocal and the rhythmic. Songs often narrate the stories. But rhythmic melodies are used throughout the stories and the transition to the next narrative. The most important Maqam associated with rhythm is the Maqam called “Harif Kosh”.

Different Types of Tuning in Dotar

In the north of Khorasan Province, Dotar has two tunes. One with the fourth ratio and the other with the fifth ratio. The fourth tune is famous as Navai Tune and the fifth is called Turkish and Kurdish Tune. Players perform the Persian songs of North Khorasan with the fifth tune.

Usually, in celebrations, players used to play Sorna, Dohol, and Qoshmeh instruments early at night for creating excitement and dance. Then, at the end of the night, Bakhshis play Dotar. The old Dotars in northern Khorasan were smaller than modern Dotars.

Position of Dotar in Today’s Iran

Iranian and international tourists visiting Iran can get acquainted with Dotar in some of the areas mentioned above and enjoy its beautiful sound. Make sure you visit the northeast of Iran and look for the people who craft and play Dotar. Listen to it and you understand the magic behind this instrument.

Industrial Heritage of Textile in Iran, a look at the Central Plateau of Iran