One of the earliest settlements of the ancient people in the Iranian plateau has been in Kashan, Isfahan province. This has been made known to us by discovering Sialk Historical Mound inside the present city of Kashan. In other words, construction and architecture aren’t new concepts to the dwellers of this city. The historical houses of Kashan I want to introduce are some 18th and 19th-century buildings recently restored for the curious visitors who appreciate the subtle cultural points in the construction of living structures of Iran.

The Story beyond Historical Houses of Kashan

Toward the end of the 18th century, as a result of a deadly earthquake, a lot of structures collapsed in Kashan. This also included all the buildings of Shah Abbas I, the mighty Safavid king who liked Kashan very much. Then, under Abdol-Razaq Khan, the city governor, a lot of buildings were built and reconstructed. That’s why most of what we know as Kashan historical houses have been built during the late 18th as well as 19th centuries.

Also, the prosperous time of foreign trade between Iran and Russia was another reason that some merchants took the opportunity and entered similar deals with this new foreign business partner of Iran. Several of them exported fruits and handicrafts to Russia and imported items not found in Iran, which turned to be popular as there was a huge need for them: samovar, clocks, chandeliers, etc.

Prosperous merchants needed bigger and more luxurious houses to quench their wishes and suit their culture. Therefore, local architects’ knowledge and efficiency helped the accumulated wealth to create masterpieces which we call Kashan historical houses today. They are some of the most liked Iran tourist attractions now.

There are common features found in all of these houses. When it comes to the construction materials, the most easily accessible materials used to build these historical houses of Kashan are:

The inner spaces of the historical houses of Kashan had been devised and utilized for specific purposes. At the entrances of all these houses, it’s not possible to immediately see the inner part of the house. First, there’s a vestibule usually in octagonal plan leading you to two major parts of the houses through two different doors:

There’s also a servant section in all of the historical houses of Kashan, which could have its own entrance. It was used by the servants who served their landlords. They provided and offered their services from this part of the house. Therefore, the kitchen and cellar were in this section. They stayed and lived in that area and appeared on the other sides whenever their services were required.

In addition, none of these houses had windows looking outside. All of the windows looked inside the building and some at the courtyards. This was for more security and privacy.

There were thick walls insulated with mud and straw for the sake of keeping inner spaces cool and nice on hot summer days and warm on very cold winter days and nights. On top of that, there are badgirs (wind catchers), cellars, and basements constructed in the historical houses of Kashan to make sure there are areas inside the building with cool and pleasant temperatures during very hot summer days.

Most Famous Historical Houses at Kashan

There are several old residential buildings left from the 19th and 20th centuries in Kashan. The most famous ones are the following historical houses of Kashan:

The owner of this house was a merchant bringing items from Borujerd, Lorestan province, Iran. Therefore, he was called Mr. Borujerdi. There are some remarkable paintings done under the supervision of Kamal-ol-Molk, the famous artist of Qajar government in the 19th century.

This house has got its name from a merchant from Natanz who had initially started the construction of this residential building. The architect of this building later built the Borujerdi-ha House.

Built in the late 18th century, this house has been constructed in five separate courtyards that are interconnected.  Later they were completely separated while 5 different families lived there.

This house has got 7 courtyards, meaning seven independent families could live in it. There are more than 80 rooms in it. You will see the tallest wind catcher of all the historical houses of Kashan.

Spend Half a Day in Kashan Historical Houses

If you have enough time in the city and have come from a long distance, it’s absolutely worth it to visit Kashan and explore its old houses. You may find similar individual buildings in different towns of Iran, but having several houses like these in one neighborhood in one city with this quality and standard of construction and decoration is unique.

Either you take a tour to Iran or stay in this city overnight, make sure you spend some half a day exploring Kashan historical houses if you can. There are even some of them converted to hotels where you can stay and feel how it has been to live in one of these residential buildings.

Include Tabriz Bazaar in Your Tours to Iran 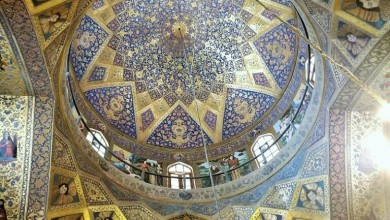 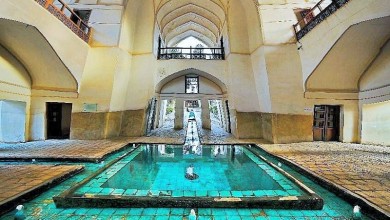