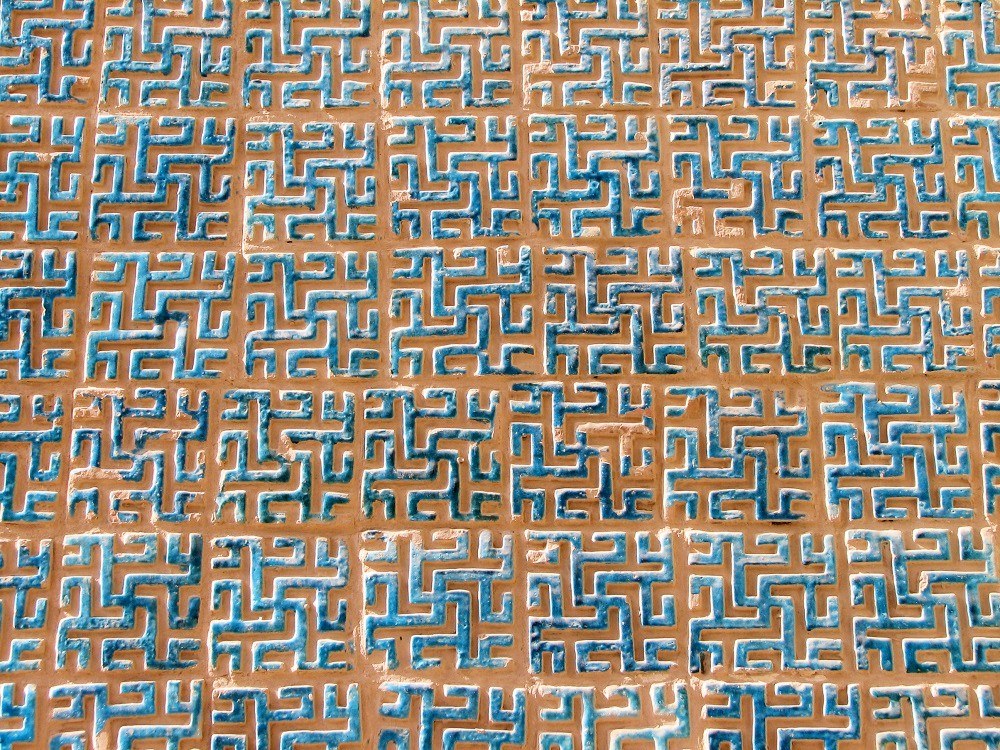 Bastam and Kharghan are two famous towns at the edge of the desert where celebrated Iranian mystics are born. The desert area of Iran is a combination of nature and mysticism. Throughout history, prominent mystics (also referred to as Sufis or Dervishes) and scholars have been born in the desert and arid regions of Iran. Each of these mystics played an important role in the spread and development of mysticism in Iran and across the world.

In addition, water has long been the main concern of the people living in the deserts of Iran. In the poems of Ibn Yamin, one can read the verses referring to the drought years of Shahrud City. However, the desert has been the source of inspiration for many mystics in the area.

AS a matter of fact, the people living in a desert base their lives on saving and contentment. The humble manner of simple lifestyle has also appeared in their culture, history, civilization, and literature. We know that art reflects the artist’s society as a mirror works, and the mystics of various periods of Iran are no exception.

On the other hand, today, we see the people from all over the world looking for the most effective way for cultural dialogue. Cities like Konya, Ashgabat, Khojand, Samarkand, Bukhara, Bastam and Kharghan are among the cities embracing mystical tourism in the Middle East and Iran.

Obviously, the burial complex of Bayazid Bastami is the focal point of the city and its historic site. This complex consists of:

Also, outside this complex, there are some other historic sites:

This area is well-known for offering some of the most popular Iranian Sufis contributing to the evolution of Mystic ways (Tariqat). We introduce some of them here:

Bayazid Bastami, the Humble Islamic Mystic from a Non-Muslim Origin

Bayazid Bastami was born in a Zoroastrian and priest family. This Iranian Sufi was a master teacher of the knowledge and mysticism of his time in the pre-Islam era.

By studying the history of mysticism, we understand that Bayazid was one of the first writers and poets among the most famous Iranian mystics. In the 12th century, Abu Hamid Al-Ghazali (also known as Imam Mohamad Ghazali), the great scholar in the field of Islamic studies, used the works of Bayazid Bastami for writing.

On the other hand, as Bastami was famous for humility and lack of pretense, there are currently no well-documented references to his works.

“Bayazid is indeed one of the greatest Sufis that Islam has ever had over the centuries. His teaching is an immediate expression of inner life. The teachings of Bayazid moved many great scholars with admiration and surprise. However, Bayazid never assumed his duties as a master and cleric, and did not leave any writing behind himself” says Henry Corbin, theologian, and professor in Islamic Studies.

The principles of Bayazid’s spiritual process have come to us through narrations and teachings. His immediate disciples, or some of the laymen who visited him, have narrated some traditions from him.

To visit the tomb of Bayezid, you should drive six kilometers north of Shahrud to get to Bastam. The tomb is located in Bastam’s historic complex.

According to some historical sources, Sheikh Abu Sa’id Abu al-Khair, Avicenna and Nasir Khusraw (Iranian poets and thinkers) traveled to Kharghan to visit Abu al-Hassan Kharghani and discuss mysticism with him.

Here is the most famous quotation from him expressing his exalted vision:

– “How do you define true humanity?” someone asked the sheikh,
– “It includes three things: the first is generosity, the second is compassion and the last is self-sufficiency” replied Sheikh.

Meanwhile, we can see the highest level of humanity in the words written above the Khanqah of Sheikh:

“Whoever gets in this place, feed him, but never ask his faith. This is because the one, who deserves life bestowed on him by God, deserves food in Abu al-Hassan’s home.”

Outside Bastam and Kharghan, but close to it, we have another famous Iranian Sufi: Ibn Yamin Faryumadi. The poems of Ibn Yamin is quite renowned for containing maxim, irony, and satire. Ibn Yamin was one of the brightest poets in the ode (Qasida) and Masnavi poetic forms.

During the constant struggles of the Emirs of Khorasan under the Ilkhanid era and the Timur invasion, the collection of Ibn Yamin poems was lost. Therefore, the poet forced to compile his scattered poems into a new collection. The latter is available currently and includes 15,000 verses with different Persian forms of poetry such as ode, Ghazal, Quatrains and Tarkib band.

The style of Ibn Yamin in speech is fluent, coherent and free of adornment and pretense. The complete works of Ibn Yimin Faryumadi follow the Khorasani style of poetry.

The following poem is one of the well-known works of Ibn Yamin Faryumadi that is translated into English regardless of rhythm and rhyme:

The one who doesn’t know and knows that doesn’t know,
Will lamely get his mule eventually home.

The one who knows and doesn’t know that he knows,
Wake him up not to sleep forever!

The one who knows and knows that he knows,
His horse of chance will ride forever.

Outside Bastam and Kharghan, but at the same province, we have Ala ud-Daula Simnani. He was one of the greatest mystics of Iran. Sheikh Simnani spent 16 years in Sakakieh Khanqah and practiced 140 retreats of 40-days to attain pure Sufism. Furthermore, in another case, he practiced 130 retreats of 40-days to reach a high position in Sufism. Retreat or Chilla is a spiritual practice of penance and solitude of 40 days.

Thus, he completed 270 retreats during his life and tried to reach a high position in Sufism. Today, the tomb of Ala ud-Daula Simnani is in Sufiabad village of Marn district, Semnan Province.

Semnan Province is the cradle of the mystics and great Sufis. In addition to those introduced at this article, other famous mystics like Manuchehri, Sheikh Shahab al-Din, and Sheikh Hassan Juri lived in this area.

After hundreds of years, the Sufis of Bastam and Kharghan and their teachings of the mysticism are prevalent among philosophers throughout the world.

Choose Where to Stay in Iran before Your Tour Begins