Facebook Twitter LinkedIn Tumblr Pinterest Reddit Pocket Share via Email Print
Contents hide
1 What Is Gaz Used for?
2 Where Is the Birth City of Gaz?
3 What Is Gaz Made from in Isfahan?
4 Is It Healthy to Eat Iranian Gaz?
5 Different Types of Iranian Gaz
6 Is Iranian Gaz Gluten Free?
7 Where Can I Find the Best Gaz in the World?

If you ever traveled to Isfahan, Iran, you would probably be familiar with a delicious dessert called Gaz. It tastes like heaven, and smells even better! This sweet chewy candy is Iranian nougat and is very popular all over the world.

What Is Gaz Used for?

Iranians are huge lovers of sweets and confections. Each ceremony, celebration, party, and gathering for Iranian families or friends’ groups means getting together, having some traditional lunch or dinner, and of course, enjoying the traditional Iranian sweets. Each city has a well-known souvenir and a popular sweet that its people love. Gaz, Sohan, Kolompeh, Baklava, and Kak are only a few of them.

In Iran, Gaz is a traditional anytime snack, as a sweet or confection, alongside a cup of warm tea. It also can be formally served at dinner, as a delicious dessert that anyone loves.

Where Is the Birth City of Gaz?

This Iranian delicacy used to be a dessert offered only to kings and queens. It is commonly said that the first person who invented and produced Gaz was Mr. Mohammad Ali Shekarchian. This dessert’s production history dates back to 450 years ago in Isfahan (Esfahan), Iran.

This Iranian souvenir is very popular among people. Iranian people prefer to have them as a snack alongside a cup of well-brewed tea or sherbet. This sweet is also eaten during holidays such as Nowruz (the start of each spring and Iranian years). People bring boxes of this sweet to their loved ones as a souvenir after traveling to Isfahan or other cities that produce Gaz.

What Is Gaz Made from in Isfahan?

Although Iranian Gaz had a kind of secret formula in the past. It passed through generations and now we can all enjoy its delicious taste from all over the world.

Nowadays, this Iranian nougat is made from sugar, egg whites, different kinds of nuts (mostly pistachio and almond kernels), rose water, cardamom, and sap of a special plant. The last ingredient is traditionally the main one and has a lot of medicinal benefits. Interestingly, adding more ingredients to the original recipe will make different types of Gaz.

Gaz or Gez is originally derived from “Gaz Angabin”, a desert plant. Angabin is a wild mountain tamarisk tree that grows in the Zagros Mountains in Isfahan, Iran. Some insects inhabit this type of tree and excrete something like sap. They produce it by feeding on this wild tree, and the liquid they excrete is a sweet and thick fluid. This material is called Gaz Angabin. After being exposed to air, Gaz Angabin dries and becomes solid. The proper time to harvest Gaz Angabin is from late summer to early fall.

Is It Healthy to Eat Iranian Gaz?

Of course, over-eating anything can and will be harmful. But there are some benefits to eating Iranian Gaz as you read earlier.

Gaz Angabin, the main ingredient of Iranian Gaz, helps the digestive system. This means Isfahan Gaz will be beneficial to those who suffer from hemorrhoids and constipation. This substance has lots of other benefits as well. The most well-known one is the treatment of infertility. It is also known for its relaxing effects and for the positive impact it has on memory and the mind. Of course, all of the healing properties of Iranian Gaz are only preserved if it is produced and prepared in the right way. It means that Isfahan’s Gaz has to be produced with traditional ingredients including Gaz Angabin.

It is surprisingly rare that Isfahan’s Gaz does not include any oil, starch, preservatives, flavorings, dyes, or any unnatural substances. Most (probably all) desserts contain at least one of them. This delicious dessert contains nutritious nuts that have benefits for the body and its organs. And if it has Taranjabin (Persian manna) and milk powder in its ingredients, it can be a tonic for the liver, kidneys, and stomach. Isfahan’s Gaz is also known to reduce fever, body itching, and Anemia. Gaz is also great for the immune system.

Of course, every Gaz (regardless of its type) is sweet and has a soft and chewy texture. But in general, there are two well-known kinds of Gaz: Simple and Floury.

As you read before, the different ingredients will make different types of Gaz. And it will change the smell, color, and taste.

The other important factor that changes the Gaz, is the nuts used in it. They completely change the taste. Pistachio and almond are the most used nuts in Gaz production. You can choose a box of pistachio Gaz, almond Gaz, or one that has a combination of both.

Pistachio Gaz is usually more expensive, and the reason is pistachio’s higher price in Iran. Gaz with pistachio is more popular as well.

If saffron is used in Gaz’s ingredients, it will have a yellowish color. Otherwise, Gaz is usually white. Saffron will add more flavor and taste to it.

Rose water will give a delicate taste and smell to Gaz, such as cardamom. But smells are different and cardamom Gaz is spicier but very tasty.

Yes, it is. Gaz does not contain any starch or preservatives. However, floury Gaz can be a problem for you if you are looking for Gluten-Free Gaz. Other than that, there is no harm in eating the delicious Iranian sweet as long as you do not overeat it!

Where Can I Find the Best Gaz in the World?

Of course, if you want the best Gaz, you have to buy it from its motherland, Isfahan. Isfahan is known to have delicious sweets as souvenirs, and Gaz is among the best ones.

Today in Iran, many other cities are known to produce and sell delicious Gaz. In provinces like Fars, Chaharmahal Bakhtiari, Yazd, Kerman, Hamedan, etc. Each of them has its history in Gaz production, but Isfahan is still the best.

Boldaji, a small city in Iran’s southwestern area, is known as Gaz’s capital in Iran. Iranian people know this city as the best Gaz producer, since traditional Gaz workshops in this city are very significant in number and quality, and Boldaji Gaz (Shahkar Gaz) is known to be one of the best in Iran.

There is an estimated number of 90 Gaz workshops in Boldaji, and they are getting more each day. Iranian Boldaji Gaz (Shahkar Gaz) is now an international brand. Boldaji comes in fake brands too. You need to make sure you buy Boldaji gaz from Shahkar brand. All other brands bearing Boldaji name are fake.

Hamedan is also a province in Iran that claims to have a hand in the field of Gaz production. Hamedan has taken initiative in combining honey with the raw material of Gaz 130 years ago.

To find top-quality Gaz easily, you have to travel to Iran, go to Isfahan province, and then to Isfahan city to look for its bazaars. Then, you can search for the best producers, brands, and types to buy. Enjoying its heavenly taste will be worth it, but Iranian Gaz producers have facilitated your access to this Iranian delicacy.

There are Iranian Gaz companies who are exporting their best products more and more each day. They make it possible for you to enjoy the perfect taste in the comfort of your own home. In the 18th century, during the Qajar era, Gaz was shipped and exported from Iran and became very popular in Europe. So, we can say that Gaz is one of the oldest export items in Iran. 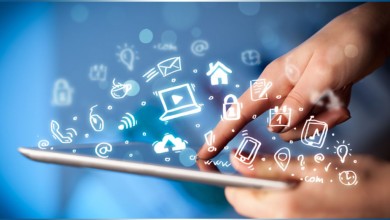 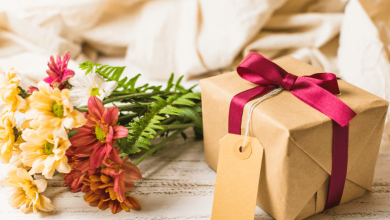 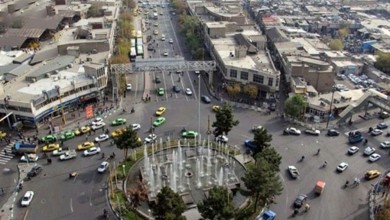 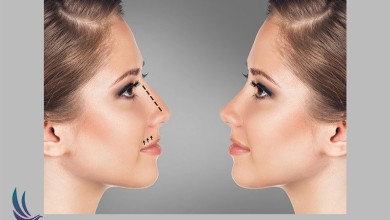