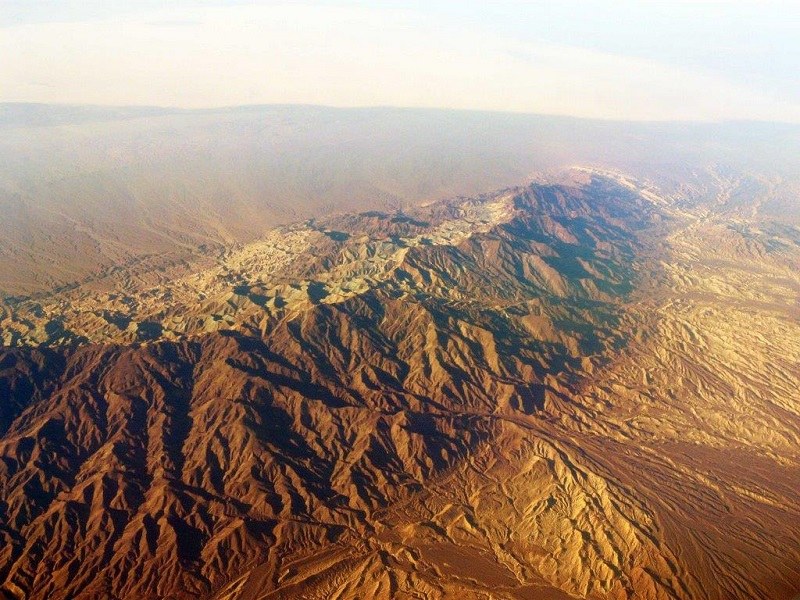 Kavir Biosphere Reserve is one of the largest and oldest protected areas in Iran. About a quarter of Iran’s geographical area is composed of deserts. For world travelers who want to visit the desert, it is better to travel to these areas during autumn and winter. In the cold months of the year, the desert has no scorching summer heat. However, the desert nights are cold.

UNESCO has selected and inscribed this area as one of the biosphere reserves of the world. Much of this area is in Garmsar County and some small sections of it are in Tehran, Qom, and Isfahan provinces. Kavir (Desert) Biosphere Reserve covers an area of approximately 691,000 hectares.

This desert region is a peninsula enclosed between Namak Lake, Rig Desert, the Central Desert, and Garmsar Desert. Kavir area is a prime example of deserts and low water steppes in Iran.

In 1964, the area was known as the Hunting Center of Iran. Iranian Department of Environment took responsibility for this area later. Since 1976, Iran has promoted it to a higher level of protection than the National Park. In 1978, Iran reduced the area to 670,000 km2 by diminishing some areas of the north and increasing some parts of the south.

In 1982, according to economic-social conditions and protective capabilities, Iran divided this area into two parts:

The reserve area has an arid and desert climate. It rains mostly from November to May. The average annual amount of rainfall in the region is 150 mm. The heat usually lasts from early June until the end of October in the region.

Namak Lake is the only lake near Kavir Biosphere Reserve. This lake is one of the largest salt marshes in Iran. It also has a triangular shape that the vertex is in the north. On the other hand, the lake basin area is about 2,500 km2 and is the western boundary of Kavir National Park.

The water of this lake is very salty and has a beautiful landscape from Siah Kooh Summit at sunset. Namak Lake is the basin of many of the central rivers of Iran and there are many wetlands around it. There are no aquatic animals in this lake.

However, in winter, a significant number of migratory aquatic birds come to the lake and the surrounding rivers. Years ago, there were also some migratory flamingos in southern parts during summer times.

How to Get to the Reserve Area

Route One: The most convenient route to the area through Varamin-Pishva Asphalted Road runs one kilometer to Abardej Railway Station and reaches Environmental Police Station of Mobarakeh through the sandy road of Qaleh Boland, Asgarabad, Hesar Goli.

Route 2: This route starts from Garmsar County to the south and reaches to Siah Kooh Department of Environment after passing through Sangfarsh Road.

Route 3: This route starts from Maranjab Caravansary in the north of the Bandrig Desert and south of the Aran and Bidgol Salt Lake and reaches Sefid Ab Department of Environment after passing a distance of about 50 km.

Other routes: There are other ways to access the area, but it is extremely dangerous to cross without a guide. In order to prevent any danger, it is necessary to obtain information and authorization from the Semnan Department of Environment and to coordinate with the subsidiary organizations located in the area before starting the exploration of the area.

Researchers have identified 355 plant species in total in the Kavir, of which 20 species are endemic. Plants of this area are xerophyte and halophyte species, adapted to the lack of water and soil salinity. One of their appearance characteristics is their small leaves leading to thorns.

There are Artemisia in the flat areas, Atraphaxis in the valleys and rocky foothills, Tamarix, Lycium ruthenicum, and Phragmites around the springs, wild almond, Cotoneaster, and Pistacia atlantica in the foothills. 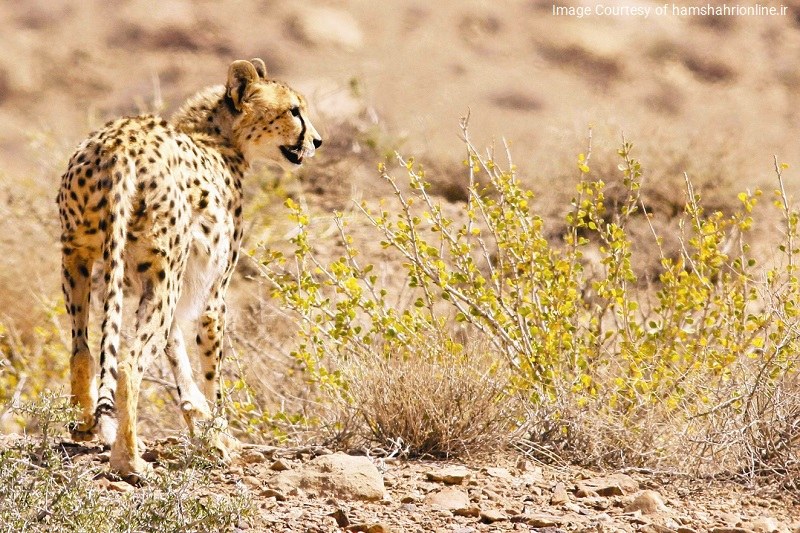 The wildlife in the Kavir used to be so diverse in the past that it was known as “Little Africa” and “Serengeti of Iran”. Today, even though its wildlife richness has greatly diminished, it still encompasses almost all types of Iranian wildlife.

Kavir Biosphere Reserve was once one of the best Persian onager (wild ass) habitats in Iran, but the population of this animal is largely reduced. In the late 1970s, it was estimated that about 800 wild asses lived in the area.

Kavir Biosphere Reserve has the highest annual rainfall compared to many other cheetah habitats in Iran. This causes prey regeneration. But their generation is also at serious risk in this area.

In 2009, hidden cameras of the Cheetahs’ Conservation Project captured 8 photos of 3 cheetahs. Since 2002, this was the first time that researchers observed cheetah in this area. The cameras also captured the images of mammals such as leopards, striped hyena, caracals, wolves, foxes, jackals, wild sheep, and goats.

Every year, migratory birds such as flamingo, ruddy shelduck, mallard, and Eurasian teal come to the water dams of the area.

This biosphere reserve is the only national and global protected area in Iran, which according to the Iranian Department of Environment, has no human and mineral habitat and grazing permission.

The area is actually a natural exhibition of rare desert animals including goats, urials, sand cats, chinkara, Asiatic cheetahs, and a variety of plants.

Kavir Biosphere Reserve is like a peninsula enclosed between Namak Lake, Rig Desert, Central Desert, and Garmsar Desert and is a prime example of deserts and steppes of Iran.

Kavir has got one of the highest tourism potentials in Iran. Its proximity to Tehran, its vast untamed parts, the high diversity of animals, etc have made it a great place for nature-loving travelers to visit the area every year.

Its historical attractions include:

Sangfarsh (Cobblestone) Road
The road is one of the most fascinating historical monuments in the area. In the distant past, it made it possible for caravans to pass through the marshy lands and salt marshes around the desert plain.

“Siah Kuh” Stone Waterway
The waterway provided the water needed for Qasr-e Bahram. The other attractions of the area include the remnants of “Haram building”, “Sefid Ab” and “Lekab” caravansaries, and “Qeylooqeh” water reservoir.

The Natural Attractions of the Area

Kavir Biosphere Reserve is a collection of genetic reserves, natural resources, and wildlife. They are:

Zolamat Gorge
Travelers should pass an approximate distance of 60 kilometers to reach Zolamat Gorge. This gorge is made through hollow mountains and pathways that connect to different ways.

Fossil Abad Valley
There are huge numbers of fossils of thousands of years old found in this valley. It is located near Zolamat Gorge. The best season to visit this area is in the spring and the best time is from 8 am to 12 pm.

Namak Lake
This lake is located southwest of Siah Kooh and it belongs to three provinces of Iran: Qom, Esfehan, and Semnan. The color of the lake is white and it is one of the tourist attractions in the area.

Dashti Salt domes (Desert Salt Crystal Pots)
In Kavir Biosphere Reserve, there are Dashti Salt domes. These domes are mountainous but they are adjacent to gypsum and lime mines.

While being the salt sources, salt domes are also the main factors in attracting tourists. The very beautiful crystals of sodium chloride salt around these salt mounds or salt domes have given them the form of a crystal container.

Threats against the Reserve

The major threat against the Kavir is the human-controlled lands or different organizations whose various activities endanger the protected area.

The drought, especially around 2014-2016, caused irreparable damage to Kavir Biosphere Reserve. This was to the extent that the major wildlife population of the area migrated to free zones in Isfahan Province for access to better water and forage. On the other hand, due to the lack of people’s awareness and proper protection in free zones, most of these animals were hunted illegally and never returned to Kavir Biosphere Reserve.

Mount Damavand and Its Natural-Historical-Mythical Status