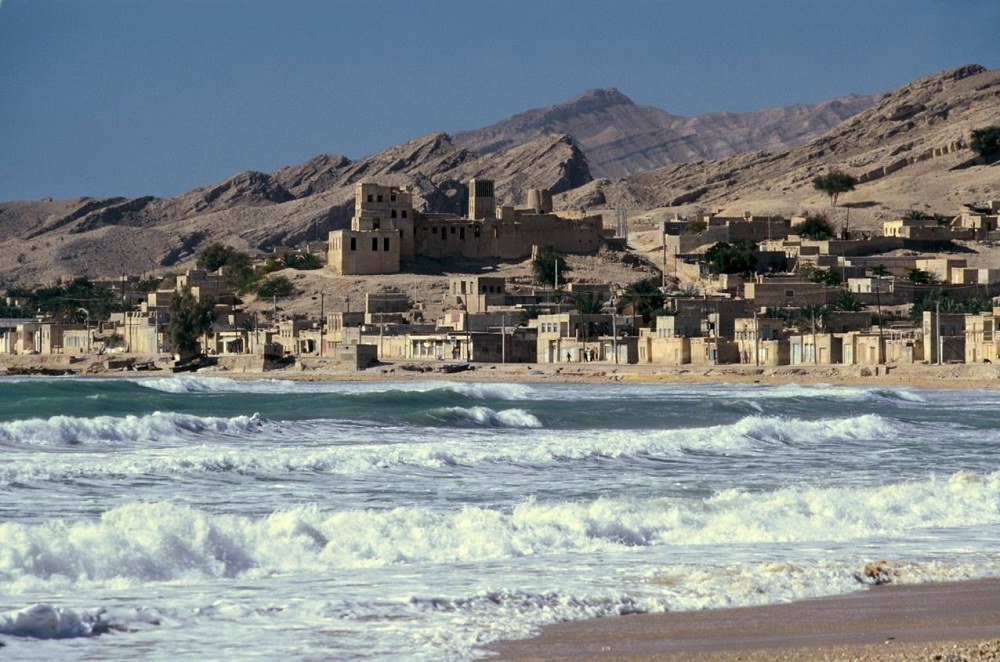 The historic port of Siraf, in Kangan city, Bushehr province, is a stunning attraction in southern Iran. There are ancient monuments and other attractions in the port, which date back to the antiquity. Today, several Iranians and others from all around the world travel to Bushehr to visit this historic port.

Archaeological studies carried out on this historic city have shown that this port was first founded in the Sassanian eras. During the 9th and 10th centuries, the port of Siraf was one of the most famous ports in the Persian Gulf region. This port was also known as “Sirab” (in Persian, it means the thirst-quenched state) at that time.

Geographical Location of the Port of Siraf

Geographically, Siraf port is located between a mountain range and the Persian Gulf. It is situated between the city of Kangan and Asalouyeh port. Walking through this historic port and visiting its monuments you notice the remains of ancient buildings. Obviously, the sea water tides have ruined, eroded and submerged a lot of these monuments.

The landscape of the natural scenery in Siraf port is quite dramatic and exceptional. There are still intact regions in this area. The views of some of the city’s monuments are among the most attractive examples of architectures in the world.

History and Ancient Civilization in the Siraf Historic Port

According to a French archaeologist, Louis Vanden Berghe, several Jews had resided in the ancient city of Siraf in the past. The Jewish inhabitants of Siraf were silk merchants. Therefore, the region had a lot of commercial and economic ties with countries such as Rome, Greece, Africa and the countries of East Asia, such as China.

Given the historic objects such as pottery, plasterwork architecture and ornamentation discovered at this port, it is clear that quite a lot of goods have been exchanged among merchants in this port.

The Ancient Monuments of the Port

The ancient remnants of in Siraf indicate that it has been one of the most crowded ports in southern Iran and visited by many ships from the Middle East. There are ancient burials at the altitudes overlooking the hills of the northern Siraf. According to archaeologists, they have been structures for storing rainwater.

Rainwater storage ponds in the historical port of Siraf are rectangular and have been mounted to the slope of the mountain range. Large volumes of rainwater on the highest ponds overflew downward and filled other ponds downhill.

On the other hand, some believe that according to the discovered evidence from this site, these ponds were used for a different purpose. In their opinion, this place was a family graveyard of various ethnic groups. The bones of the dead from these ponds are proofs of this claim.

The deep rock wells in the historic port of  Siraf port are some of the ancient relics remained in the region. There are about a hundred deep wells in the regions called “Dare Lir” and “Shillar” in Siraf, which get filled in cold rainy seasons. The wells are also fascinating structures by themselves.

Sheikh Nasori Castle is one of the historical monument of Siraf. This castle was the residence and ruling place of a person named Sheikh Nasori in the late Qajar era. This structure is overlooking the Persian Gulf from the port of Siraf highlands.

Siraf residents have different jobs. In addition to the sea-related jobs, the local people here work in the field of arts and crafts as well.

Handicrafts of the region include Golabatunduzi (embroidery done with a type of thread called Golabatun), beadwork, pottery, sea shells ornaments, wicker baskets and other types of woodworks.

Siraf Port, a Symbol of Tangible Cultural Heritage of Iranians

There are many reasons why the port of Siraf is known as a tangible Iranian cultural heritage in the world. The presence of spectacular monuments and cultural buildings, all of which symbolize the civilization of this region of Iran, are evidence of the port significance.

One of the cultural symbols in Siraf is the tomb of Qutb al-Din Sīrafi. He has been an Iranian scholar in Shi’ism branch of Islam.
Gur-e Sibuyeh is another symbol of ancient civilization in Siraf. This tomb belongs to Sibuyeh, the great grammarian, and his brother. Sibuyeh is a Persian scholar who lived in the 8th century and wrote Grammar for the Arabic language. His tomb is now in Dare Lir.

The Siraf Jame Mosque is among the most important cultural buildings of this port. This mosque is one the post-Islam monuments built at this region.

There are several tourist attractions, handicrafts and tourist sites, and more which are considered the tangible cultural heritage of Iranians at the historic port of Siraf.

The High Potential of the Port of Siraf

The historic port of Siraf has a great potential to become a tourist attraction spot. The above cultural and natural attractions approve this claim. Its geographic location can also add to its attraction. The air and sea access to this region facilitate the tourists’ visit to this region.

E-Visa to Iran, A Convenient Solution for Tourists

Laissez Passer vs Visa Stamp on Your Passports