Damghan is one of the historical and strategic cities of ancient Iran still being inhabited. Here we introduce the ancient part of it together with the historical texture of Damghan and its highlights:

The Historical Texture of Damghan

Known as the city of hundred gates, Damghan has been a safe capital for the Parthian government. Part of the ancient city walls that used to protect the city and its monuments is still standing there. It shows the military and political importance of Damghan during that period.

Geographically, Damghan is located at Semnan province and on the edge of the Dasht-e Kavir desert. Merchants and businessmen have visited this city because it was located on the Silk Road. This is the reason why there are remnants of several caravansaries, castles, and towers in the historical quarter of Damghan.

In ancient times, Damghan has been the main exporter of copper. Archaeologists have also excavated many copper artifacts in the region indicating the skill of the region’s craftsmen.

Damghan has numerous historical sites due to its significant geographical and historical condition. Tarikhaneh Mosque is one of the most important sites in the historical texture of Damghan. The studies conducted on this mosque shows that the building has been initially used as a Fire Temple during the Sassanian period. Later, when Muslims dominated the area, they converted it into a mosque.

About two centuries after the advent of Islam in Iran, Muslims restored Tarikhaneh Mosque based on the Sassanian design and styles. The mosque consists of a large courtyard surrounded by covered porticos. The main shabestan (praying hall) of the mosque is planned with three rows of six circular columns. The architects had designed spectacular arches for this mosque based on the Sassanian styles.

This mosque has undergone some changes and modifications during different periods. The brick minaret of the mosque, which was added to the building during the Seljuk period, is a spectacular one providing a unique impression. The Tarikhaneh Mosque dates back to the eighth and ninth centuries and is one of the most prominent examples of the tangible cultural heritage in Iran. 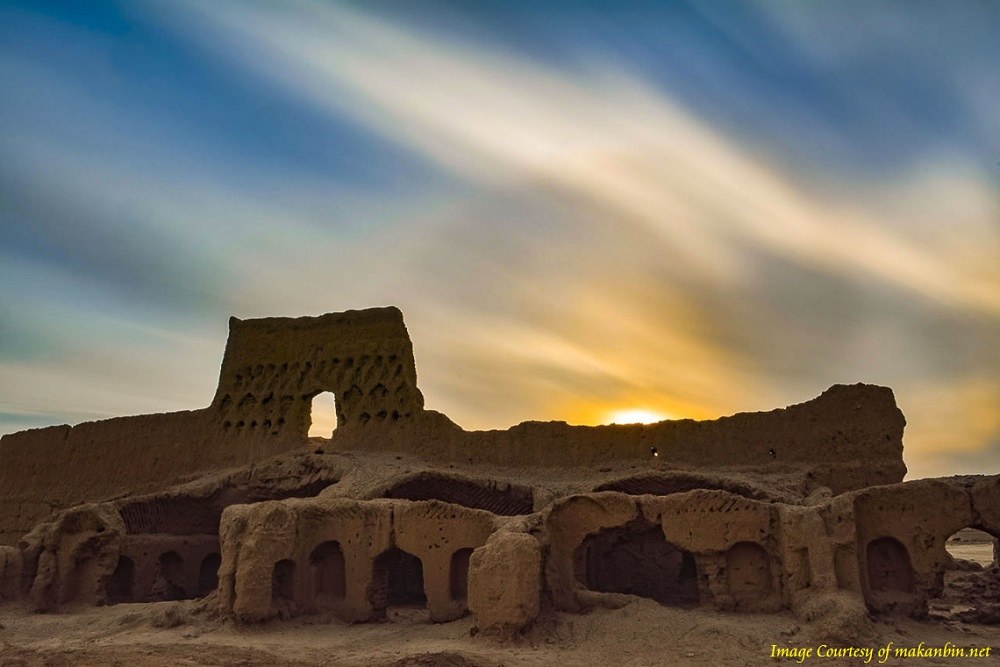 Erich Schmidt, an archaeologist from the University of Pennsylvania, was the first archaeologist who had explored and excavated tappeh Hesar historical mound. The excavations revealed that Tappeh Hesar had gone through three historical-cultural eras. Also, he found out that this mound had been a center of producing and exporting metal and stone objects in the second and third millennium BC.

Chehel Dokhtar Tower is a 15-meter structure with several unique Iranian Islamic architecture features that had been built in the 10th and 11th centuries. The tower has a diameter of about 5.5 meters occupying an area of 23 meters. Other important features of this tower are its delicate brickworks and 10th-century Kufic inscriptions decorating the exterior of the tower.

The architect has designed Chehel Dokhtar Tower implementing the ultimate attention focused on the elegant Seljuk architecture. The circular design of this tower has strengthened the building and has helped it remain standing even after approximately 1000 years with minimum damages.