Music of Iran is an ancient traditional art. One can find traces of this art in various parts of this country. To have a better understanding of its history, let’s review how it’s evolved in Iran

Music of Iran During the Pre-Islam Era

During antiquity, music was a means of communication. It later became part of people’s beliefs and rites and was played at funerals and happy occasions.

According to an ancient seal found in Choghamish, back in 3400 B.C, there was the most ancient music orchestra in the world in the Khoozestan province in southwest Iran.

In the 8th century B.C, Elamites’ music was under Assyrians’ influence. Even during Achaemenians, that influence was still present. Under Seleucids and Parthians, Hellenistic art had put an impact on Iranian music. But during Sassanians, Iranian music was brought to an independent, innovative identity.

During Achaemenians, there were three kinds of music in Iran: religious, military, and local. The religious music was a special kind of song called Gatheha sung by priests and was merely vocal, not instrumental. It differentiated Iranian music from others of its time like Assyrians, Babylonians and Semites. The influence of this kind of music is still present in various kinds of music in different parts of Iran.

Music became one of the essential parts of schooling and training in the Sassanian court. It is said that some 12000 Indian musicians and entertainers were invited to migrate from India to Iran to bring joy and pleasure through music in different corners of the empire. During Anushirvan, music was brought to a higher status and Iranian music entered the Arabs’ world and was imitated there so that they could lay the foundation of this art.

Barbod, Ramtin, Sarkis, Bamshad, Nakisa, and Azadvar-e-Changi were outstanding figures among the musicians of the Sassanian era who composed unforgettable pieces and founded the basis of some schools of music still being played in Iran. Also, the influence of Manichaeism and Mazdakism in the music of that era cannot be denied. Minstrelsy was also an ancient Iranian tradition that was well-liked by all classes of people.

From ancient Iran to the end of the Sassanian era, in a 1200-year span of time, there is not much information about the musical instruments made and played. There are only a few of them, which are quite ancient, belonging to the pre-Achaemenian period, unique and first instances of their kind in the world.

In the early post-Islam period, when Caliphs interpreted Iranian music to be against the principles of Islam, Iranian artists preserved music in any way they could and changed its theme from happy to sad to match the nation’s mood. Arabs’ army was inclined toward martial music. Like Iranians, they mixed poetry with music. The musical instruments they seemed to have had were drums and horns. They learned a lot from Iranian music. Today, among 52 various tones of Arabic music of Egypt, Syria, and Lebanon there are 30 Iranian organizations, which had entered their music.

The first two Caliphs were no patrons of music and even forbade it. They stepped further and ordered severe sentences like mutilation for all people involved in this art. During the reign of the third Caliph, luxurious life began in his court and music became part of his life. When the fourth Caliph, Ali, took power, the status of the music was improved by his support. Yet Muslims regarded music as something equal to alcoholism, gambling, and sensuality.

As a result of the Umayyad and Abbasid Caliphs’ more contact with the charming values of Iranian music, it was elevated to higher positions.

From the 10th to the 11th century, some outstanding figures like Faraby and Avicenna appeared in Iranian music. Muslim Iranians composed the first instances of religious music. Iranians’ mourning for the third Imam, Hossein, in form of music and passion play was actually a means of opposing the Caliphate System and Arabs. Sufis came up with an innovative form of music. Their traditional music is still being played.

Seljuq kings and governors promoted music and supported musicians. Not only capitals but also other minor towns and cities began to flourish in many fields of art including music. Music was no exception among the arts receiving such influence.

The music went through plenty of ups and downs afterward because of other invasions by other nations. Safavids took power in Iran in about the 16th century and reunited the whole nation and did many good things in the realm of politics. But the early kings’ strictly religious biases and policies demanded the removal of any support for philosophy, which is correlated with music, poetry, and literature. This led to a decline in music until Shah Abbas I started ruling. Meanwhile, many Iranian musicians migrated to other countries, especially to India. Unfortunately, it was too late and with the support of Shah Abbas I could not flourish the music and bring it back to its previous stand.

Playing Naqqareh was revived and continued during that era. Naqqareh is a pair of kettledrums one producing bass sound and the other treble. The tradition of playing Naqqareh goes back to the Mithraism period in Iran when various musical instruments together with Naqqareh were played every day at five different times including sunrise and sunset. During the Safavids and after them, it was played on various other occasions as well.

Nader Shah was so busy fighting on the battlefields that he had no time to support music. He banned the mourning ceremonies of Moharram in the army and punished the disobedient severely. He liked to listen to various songs and poems of Shahnameh while riding his horse.

Karim Khan supported music and believed that the peace and happiness of himself and his people were more important than broadening the borders of Iran. His reign did not last long.

During the first period of the Qajar dynasty, kings sought a comfortable life and pleasure. It was during the same era when the foundation of music was laid in a way that it survived up to now. Famous masters of music appeared and composed many pieces. The old happy music was also revived to some extent.

In 1847, Amir Kabir, Naser-ed-Din Shah’s prime minister, invited a French general to Iran to teach military music. Therefore, Iranian students became familiar with the theoretical and practical principles of western music. Gramophones entered Iran during the general’s stay in Iran by his efforts.

Simultaneous with the constitutional revolution in Iran, the young musicians sought new forms of music to synchronize it with the tide of social changes. Their products became very popular and well-liked by people in different corners of Iran.

During the Pahlavi period many young people were sent to Europe for education. The graduated people returned to Iran and subsequently, Iranian music was taught in Iran according to a new insight based on European basics and principles. Alinaqi Vaziry started the first modern Iranian orchestra using Iranian and western musical instruments. Music organizations, magazines, newspapers, and books began to work and music became institutionalized.

In 1937, Tehran’s Symphonic orchestra started working and performing western as well as Iranian music. In 1952, pop music started in Iran. Traditional music gained less and less attention from the authorities.

Instead, cabarets were opened and no truly inherited Iranian music was played there. There were only two music bands called Sheyda and Aref that kept traditional music alive. Of course, some musicians introduced valuable pop music to Iran.

The music of Iran is undergoing modern developments these days. I invite you to listen to some of the most recent ones to see how entertaining and enjoyable it is. 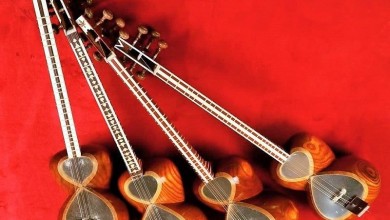 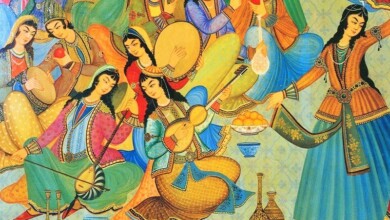 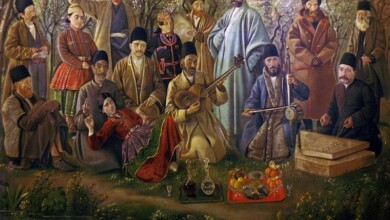 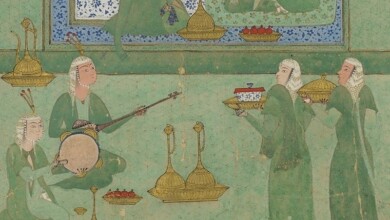